A huge internet outage is wreaking havoc on US East Coast connectivity, with Google, Zoom, Verizon, and other services all seeing considerable issues on Tuesday morning. It’s a further reminder of how precarious working from home can be in this time of pandemic, given the extent to which distributed teams now rely on productivity management and communication tools like Slack, Gmail, and more.

Individual downtime in any of those apps or services isn’t all that uncommon. Earlier this month, for example, Slack went down on what for many workers was their first day back into the virtual office after the holidays. Signal, meanwhile, saw its secure messaging platform overwhelmed later in January, with a huge influx of users blamed for the downtime.

Today’s outage, however, is far more widespread. According to DownDetector, which tracks service status across multiple platforms, there’s mayhem underway across a huge number of services. That includes providers like Verizon, Comcast, Cox, and Spectrum, along with services such as YouTube, Amazon Web Services, Google Classroom, and Cisco Webex. 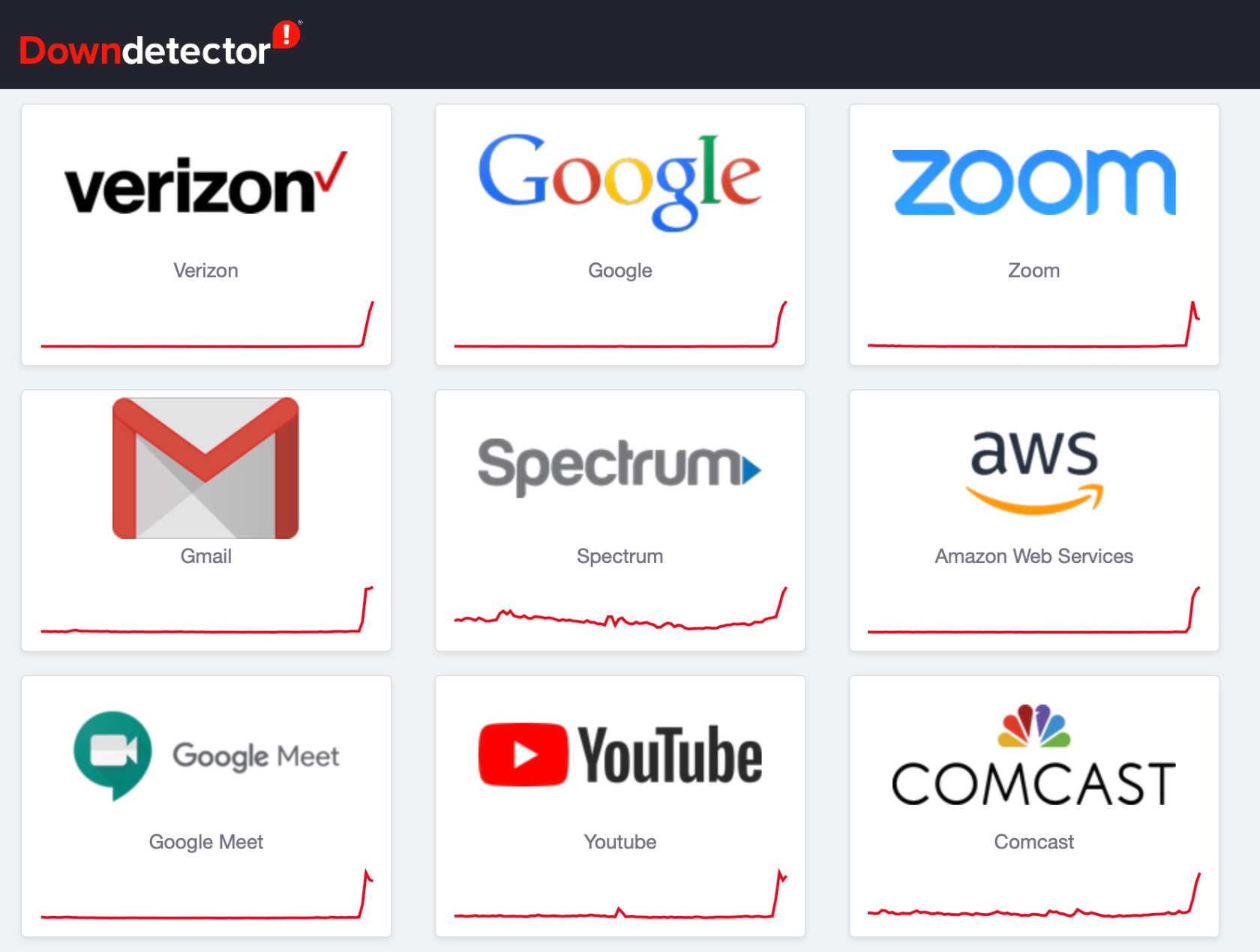 It’s not only people trying to work or attend virtual classes who have been experiencing problems, either. Pokemon Go, Spotify, Hulu, and Roblox have all seen a spike in issues today.

Figuring out exactly what caused those outages and problems, however, can be tricky. According to PCMag’s Sascha Segan, Verizon confirmed in the early afternoon on Tuesday that it was responsible for the issues. Described as “a fiber cable issue” it appears that a cut cable somewhere in New York is behind it all.

Due to the way internet traffic is directed, however, that doesn’t mean that only those in New York state will be impacted. Indeed problems across the US have been reported.

There’s no indication of when, exactly, Verizon expects to have the cut fiber fixed, and thus when services many people now rely on even more each day will come back online.