A huge offshore wind turbine farm has been given the go-ahead by President Biden, the first major wind project of its type in US waters. The approval means Vineyard Wind will be able to install up to 84 turbines off the coast of Massachusetts, with the potential to supply enough power to keep 400,000 homes and businesses on green energy.

The 800 megawatt facility will be positioned approximately 12 nautical miles from Martha’s Vineyard, and 12 nautical miles offshore Nantucket. The turbines will be installed in an east-west orientation, with spacing of at least 1 nautical mile between them in the north-south and east-west directions.

It’s part of the Biden-Harris clean energy plan, which was announced earlier in 2021. That calls for offshore wind contributing at least 30 gigawatts of energy by 2030, as an attempt to shift the United States away from coal and other fossil fuels. Vinyeard Wind says the project should reduce carbon emissions by more than 1.6 million tons per year. However, the policy is not just about electricity. 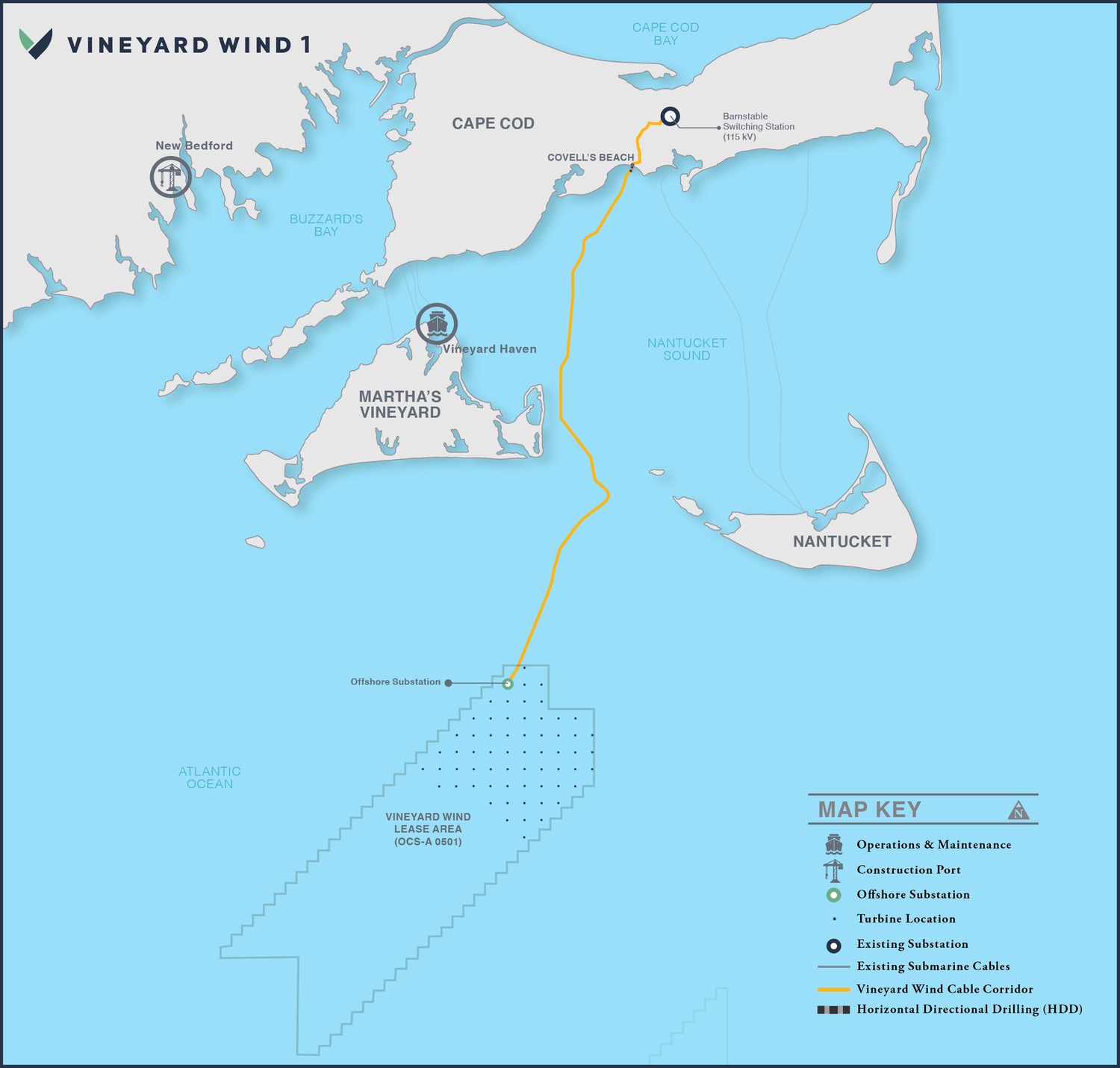 In fact, the employment and impact on American industry is arguably equally important. This Vineyard Wind energy project, for example, is expected to create 3,600 jobs overall. Supplying it, and other projects like it, with the raw materials and specialists components needed for turbines and their accompanying infrastructure will see a ripple effect on industries like steel mills, ship building, and wind turbine manufacturing, the Biden-Harris administration argues.

Though the clean energy plan may be new, the Vineyard Wind scheme is not. The original Construction and Operations Plan was submitted back in December 2017, though that’s since been significantly overhauled. The current roadmap for the project would see onshore works beginning in 2021, with foundation installation offshore from early 2023. Actual turbine installation and commissioning wouldn’t begin until Q3 2023, with the process expected to stretch into mid-2024. According to Vineyard Wind, the first electricity supplied from the facility will begin in 2023.

Part of the approvals process isn’t just making sure the wind farm supplies the right amount of power, but that it has minimal environmental impact – both on species living in the area, but also around how the turbines will look. Back in 2017, for instance, a simulation was created to show how the wind farm would appear from Martha’s Vineyard, particularly at night when aircraft might be entering the area.

Next, Vineyard Wind will have to submit its facility design report and a fabrication and installation report, which will detail exactly how construction will occur in accordance with the approved Construction and Operations Plan.

The US Department of the Interior is currently undertaking environmental review of two further offshore wind projects. It is also exploring additional leasing opportunities in the New York Bight.