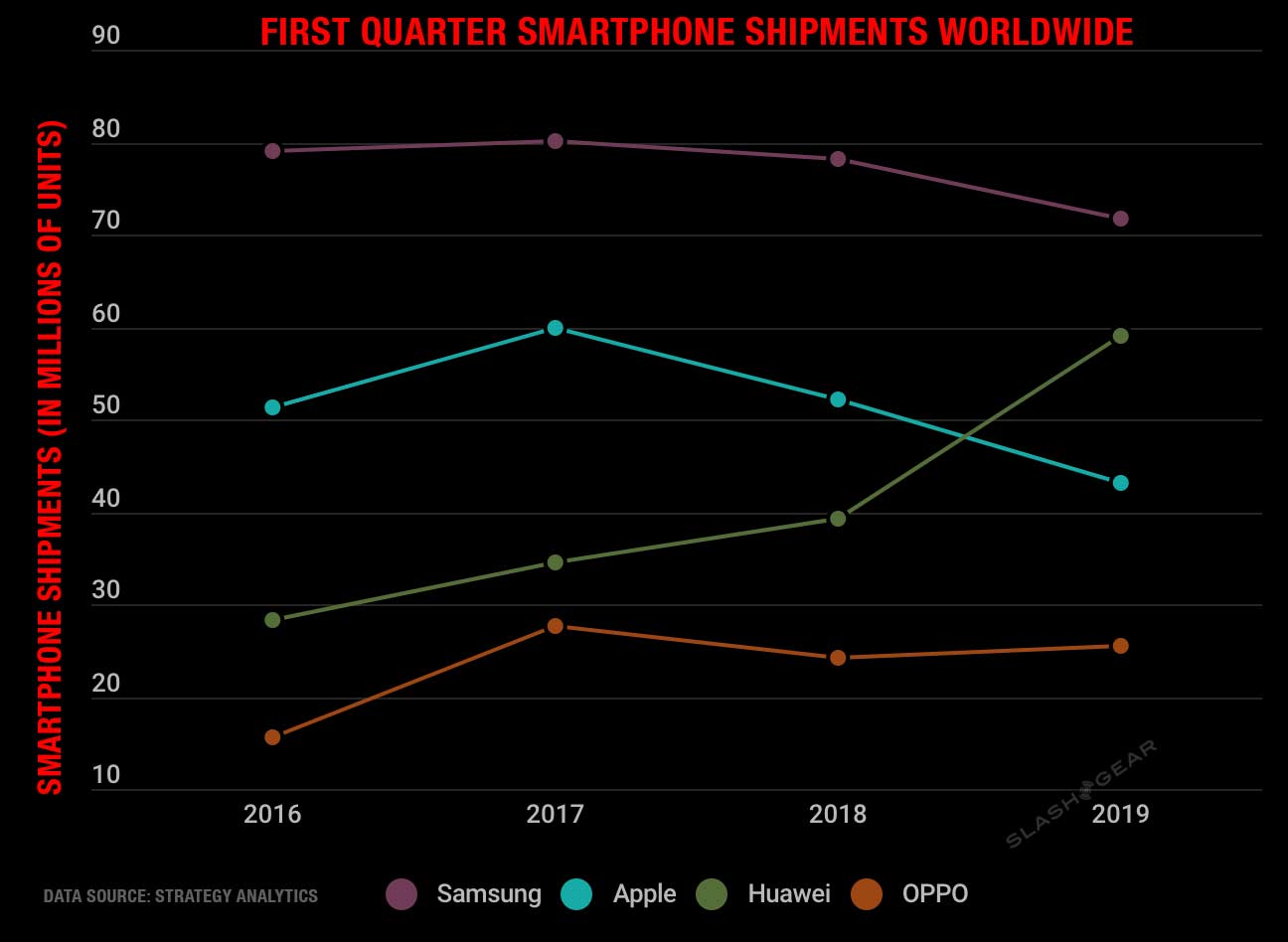 “Huawei captured a record 18 percent global smartphone marketshare in Q1 2019,” said Mawston. “Huawei is closing in on Samsung and streaking ahead of Apple, due to its strong presence across China, Western Europe and Africa.”