The smartwatch industry is gaining pace with more OEMs joining the party. After Samsung, which has been a fiercer competitor for the Apple Watch, the likes of OnePlus and now Huawei is trying to make inroads. To present a viable option, Chinese tech giant Huawei has announced its first smartwatch running the in-house HarmonyOS. Dubbed Huawei Watch 3, it has launched alongside a Pro variant.

Given that the new operating system and an excellent set of features will make this Huawei wearable a worthy contender, we thought it would make sense to compare it with the existing, top-of-the-line Android-based smartwatch – the Galaxy Watch 3. Of course, HarmonyOS is a different operating system but it draws many comparisons to Android, and it’s fair therefore, to understand which wearable is worth your wrist.

We have already pitted the Galaxy Watch 3 against the Apple Watch Series 6 and the OnePlus Watch, here we will compare vital features to give you an idea of what’s what when it comes to the Huawei wearable and the Galaxy watch.

Huawei is known for offering watches that are very capable fitness trackers, priced competitively. Huawei Watch 3 is built on this winning formula of its precursors along with an emphasis on further accuracy of fitness data and good battery backup. Let’s then learn how the two full-fledged smartwatches packed with fitness functions and personalization options compare against each other. 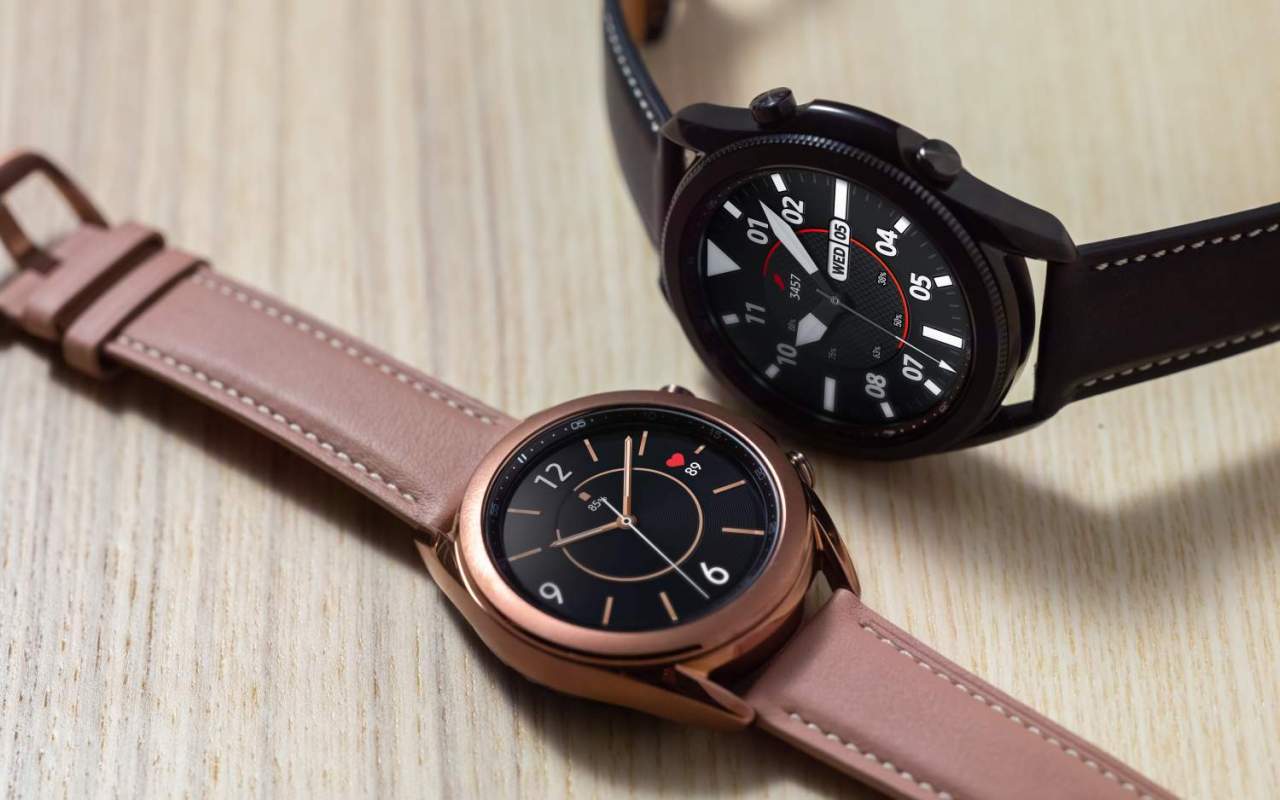 Staying true to its image of a more traditional watch, the Huawei Watch 3 comes in circular stainless steel and ceramic case (Watch 3 Pro has a titanium case). With a 1.43-inch AMOLED display, which supports an impressive 60Hz refresh rate, the watch has a bezel-less design with the screen stretching from edge to edge.

Since the rotating bezel has gone, Huawei has included an Apple Watch-style digital crown, which can rotate to scroll through the features on the screen. Additional pusher at 4 o’clock launches workout mode with a click, so you can instantly launch your running or cycling mode and begin tracking your regime. The watch has 2GB RAM and 16GB of internal memory.

Galaxy Watch 3 on the other hand has a little more premium feel to it with a choice of either stainless steel or titanium case (available in larger display size only). It also has a rounded face and comes with a precision rotatable bezel to toggle between features when you don’t want to interact with the touchscreen. The watch has 41mm and 45mm Super AMOLED display covered in Corning Gorilla Glass DX with only a GB of RAM and 8 gigabytes of onboard storage.

Samsung Galaxy Watch 3 comes with the option of three watchbands – leather, quick-change sport & hybrid – there are plenty more on offer through third-party vendors. The choice of straps is available with the Huawei wearable as well, it comes paired with either leather, silicone, metal link or nylon straps, which can be swapped according to your mood. 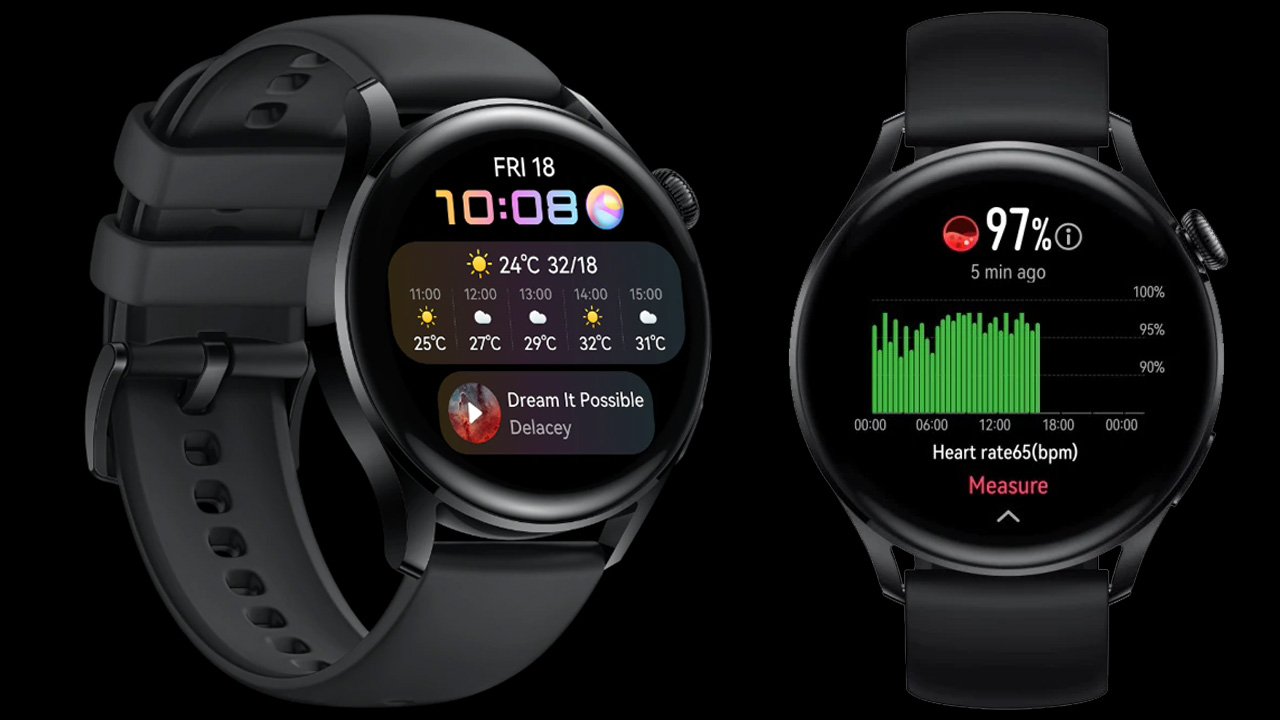 Huawei Watch 3 comes with a new operating system, which provides the watch a fresh UI. If you have used a Huawei wearable before, it wouldn’t really feel alien. The OS is now called the HarmonyOS but reportedly it’s based on the LiteOS, which has been used in the Huawei smartwatches since it was forced out of Google Wear due to US trade restrictions.

That said, you would instantly latch on to some additional capabilities of the Huawei smartwatch, which now supports 4G eSIM and can be used independently to receive call and message notifications. In addition to allowing voice calls, Huawei has made video calling through MeeTime Service possible directly from the watch.

Huawei Watch 3 has a redesigned home screen with grid-style app layout as opposed to the list format and allows Huawei Music subscribers to stream music on the go. Moreover, the watch now has Huawei AppGallery pre-installed with the hope of attracting more third-party developers to provide content so that it can give competition to Apple and Android watches on the market.

Despite the option, the third-party support on the Huawei Watch 3 is pretty limited at the moment. Music streaming is also confined to only Huawei Music. Not that Galaxy Watch 3 has spectacular third-party support, but comparatively it’s better on the Sammy wearable that touts software, which surpasses the current version of the WearOS as a go-to option for Android users. Both watches are compatible with Android and iOS.

Powered by Tizen OS, the Galaxy Watch 3 allows you to receive smartphone notifications and even view messages from select messaging apps right on the writs. The watch comes in Wi-Fi and LTE variants and supports offline streaming of music locally and through Spotify. You can store music, photos and more on the 8GB internal memory of the watch for on-the-go entertainment. Interestingly, Huawei Watch 3 will not allow contactless payments outside of China, where it’s currently available. Galaxy watch comes with Samsung Pay to make contactless payments from the wrist. 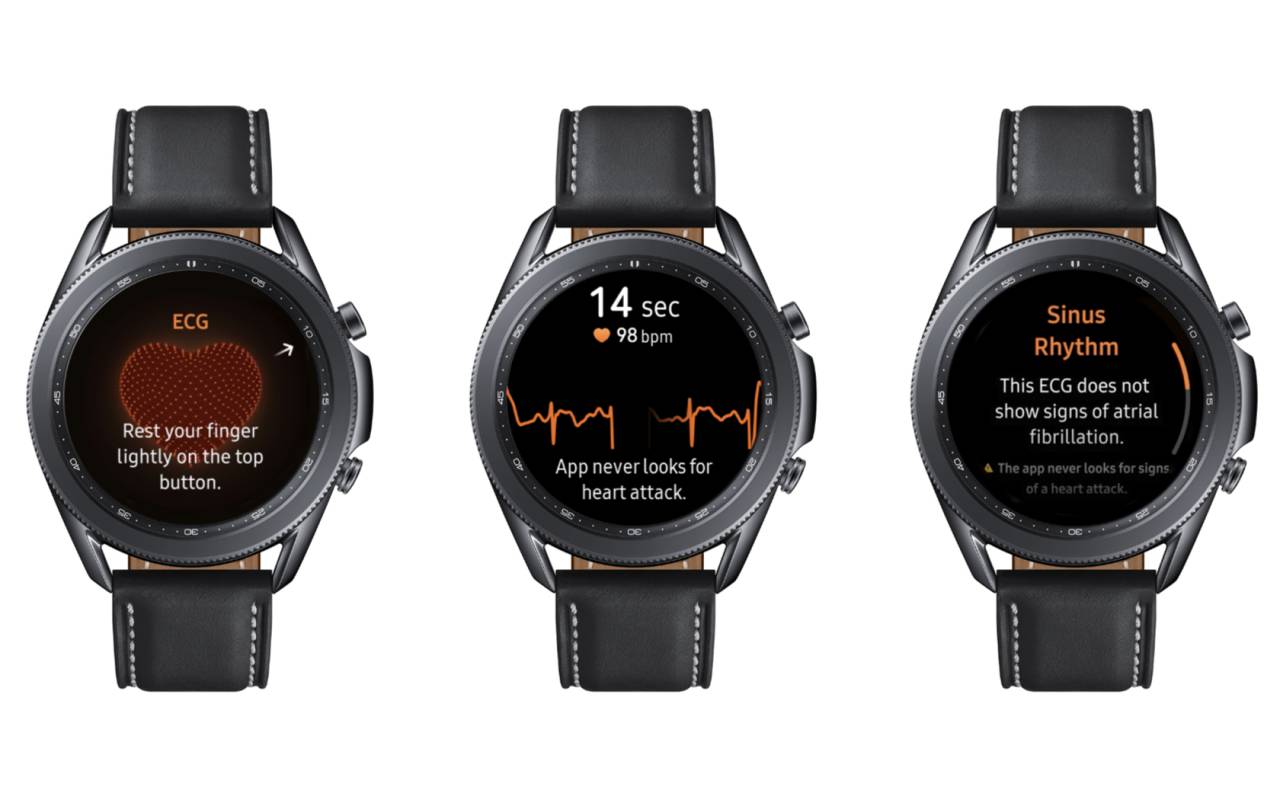 For health monitoring and activity tracking, the Huawei Watch 3 comes with some of the features and sensors party to its predecessors. This includes heart rate monitoring, SpO2 and sleep tracking. Huawei has not stopped at that, it has now added a temperature sensor to the Watch 3. This sensor can continuously track body temperature by skin contact through the course of the day.

Of course, this not precise for medical purposes, but it definitely alerts when the body temperature is rising or falling. The 50-meter water-resistant watch is pre-installed with Huawei’s own Health app and reportedly has hundreds of different preset workout modes for running, swimming, cycling and more. This list of activities also includes skateboarding and dancing.

Coming on to the Galaxy Watch 3, it has a unique automatic fitness tracking feature that kicks in without you having to set it, so when your running, cycling or swimming, you can take care of your regime and the watch will start tracking on its own. Like the Huawei wearable, this also features heart rate, SpO2 monitoring and sleep tracking.

Samsung wearable is water-resistant up to 50 meters and can also record ECG (electrocardiogram) for 30 seconds. Unlike the other watches, Galaxy Watch 3 has a detailed sleep tracking function to monitor deep sleep, REM and even the wake after sleep onset. 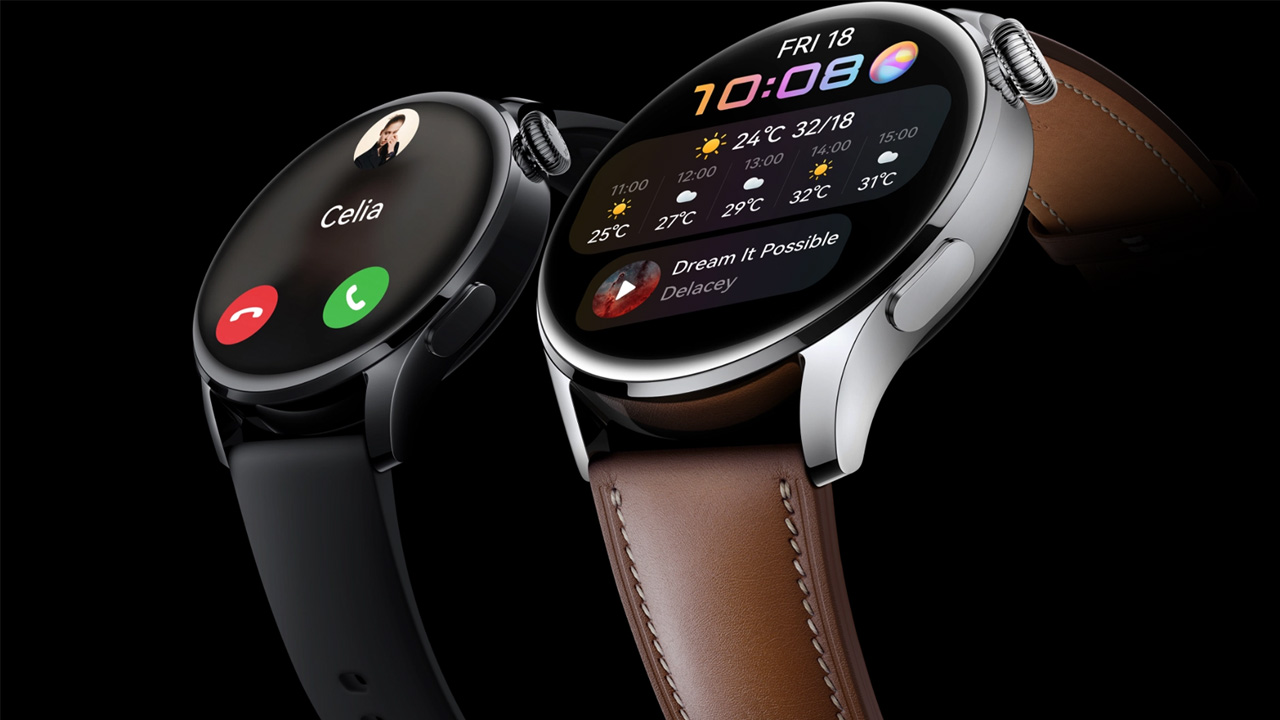 Smartwatches are battery guzzlers by virtue. This is because they have to manage continuous health and fitness tracking, display notifications and do a lot more. The trend is changing with new models wherein companies are working on better optimization. Huawei has tried to make some alterations and its new wearable has three days of battery life in regular smartwatch mode, with always-on display deactivated that is.

By deactivating Wi-Fi, cellular connection and GPS, Huawei says the Watch 3 can give up to two weeks of backup. In the low power mode, you can still continue to track activities and workouts while the watch can be instantly juiced up with Qi wireless charging. Galaxy Watch 3, however, disappoints on the battery front. In normal usage, its 340mAh Li-Ion battery can only last for up to two days.