Smartwatch interfaces could soon become much robust with a wider range of input gestures. A recently granted patent to Huawei reveals the company is working on smartwatch bezels that are touch-sensitive, much like the actual display, allowing them to detect different taps and swipes in multiple spots. This could open the door for additional controls beyond just taps on the screen, but without the need for more physical buttons on a wearable.

According to Huawei’s patent, which was granted by the World Intellectual Property Organization (WIPO), the circular bezel on a smartwatch can be divided into up to eight different zones, each with touch sensitivity and the ability to act as a command input for the device. Even better is that additional commands can be tied to touching multiple zones at the same time. 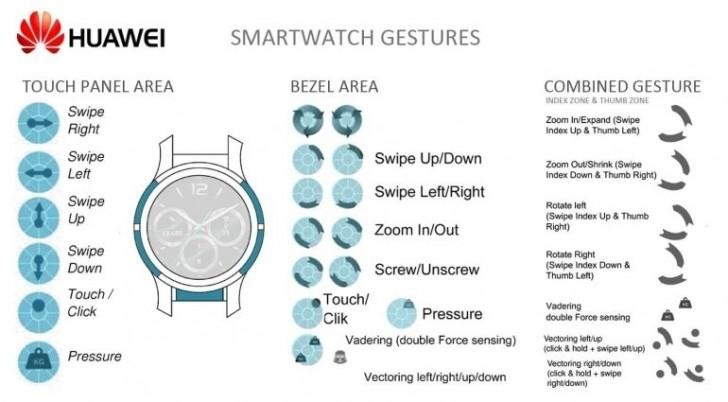 The zones are said to be able to recognize taps, swipes, and be pressure sensitive, along with mention of a “screw” gesture, although it’s not exactly clear what that is or how it differs from other inputs. An image illustrates an example of multiple touch zones on a smartwatch bezel, with suggested gestures for different controls.

It’s easy to imagine how these sample input gestures could be expanded on over time, with different bezel zones acting as dedicated buttons for features, or as ways to navigate menus and apps beyond simply scrolling with the watch’s crown. It’s possible this technology could remove the need to tap on a smartwatch’s screen at all, as such gestures often cover the display, making it hard to see.