Huawei has made its MediaPad tablet official, billing the slate as the world’s first 7-inch Android 3.2 Honeycomb model. Built around an IPS capacitive touchscreen, the 10.5mm thick MediaPad runs Qualcomm’s 1.2GHz dual-core processor and has twin cameras – a 5-megapixel autofocus unit on the back, supporting HD video recording, along with a 1.3-megapixel webcam up front for video calls – together with HSPA+ 14.4Mbps connectivity and an HDMI port.

There’s also WiFi b/g/n, Bluetooth, support for 1080p Full HD playback and a battery which, Huawei reckons, is good for over six hours of battery life. That should put it roughly in line with the HTC Flyer, though of course the Flyer runs Gingerbread not Honeycomb. Huawei has also confirmed that Flash Player 10.3 is supported and that there’s 8GB of internal storage along with a microSD card slot.

The Facebook and Twitter apps will be preloaded, as will Document To Go and Let’s Golf. Huawei will also be throwing in support for its Hispace cloud system, though full details are yet to be confirmed. Unfortunately there won’t be a WiFi-only model, Engadget reports, with Huawei apparently prioritizing carrier distribution.

US availability is tipped for Q4 2011, with pricing yet to be announced. The key difference between Android 3.1 Honeycomb and this new 3.2 version is supposedly that Google has tailored it to suit 7-inch slates. That should help Acer feel more comfortable about releasing the delayed Iconia Tab A100 later in the year. 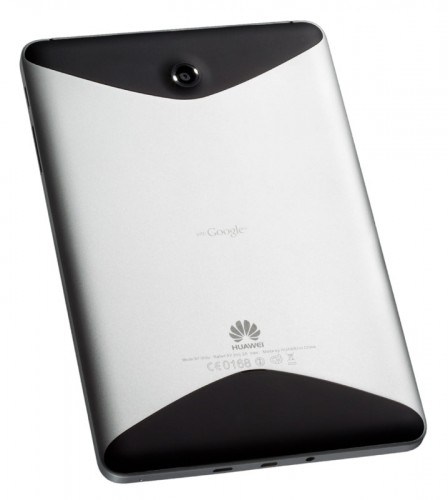