If you presumed that the honor is Huawei‘s “budget” sub-brand and all the connotation that entails, the announced honor 8 will probably change your line of thinking. Although it’s not exactly going to match Huawei’s premium flagship, the P9, spec for spec, it pretty much comes close. Like its older cousing, the honor 8 comes with a dual 12 megapixel rear camera, with the same depth-sensing monochrome sensor, but sports a glass body instead of an all metal one.

For raw specs, the Huawei honor 8 is powered by a Kirin 950, which is only slightly slower than the Huawei P9’s Kirin 955, 2.3 GHz versus 2.5 GHz, both octa-core processors. There is also an I5 co-processor that offloads sensor duties from the main processor. Buyers will have choices of 3 or 4 GB of RAM and 32 or 64 GB of storage, depending on their choice of memory. The 5.2-inch 1080p screen is the same as the P9 and, while disappointing, isn’t exactly surprising. The smartphone runs Android 6.0 out of the box, but with Huawei’s EMUI skin.

A few details make the honor 8 stand out from the crowd. In an age where smartphones are starting to look alike, honor goes a slightly different route. Sure, it still has the 2.5D glass on the front like almost any smartphone these days, but, instead of a now common metal shell, the honor 8 went with glass. It even goes an extra mile by applying a “streaked” design to give an otherwise plain back some character.

The cameras on honor 8 are exactly the same as the P9’s, from megapixel count to features. One of the twin sensors is a regular sRGB one while the other is monochrome, which is used to provide extra contrast and depth. The front camera is the same 8 megapixel selfie shooter. 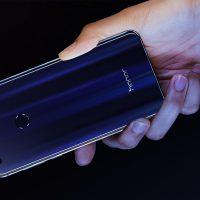 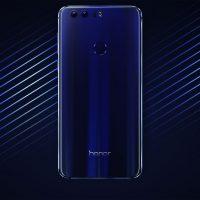 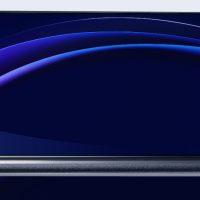 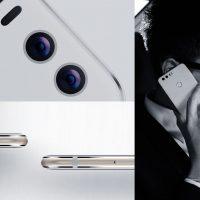 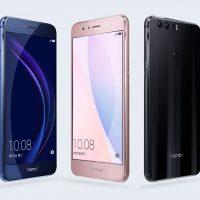 The honor 8 becomes available in China on July 19 in five different color options of Sunrise Gold, Sapphire Blue, Sakura Pink, Midnight Black, and Pearl White. Prices start at 1,999 RMB ($299) for a 3 GB RAM and 32 GB storage configuration. The 4 GB RAM/32 GB storage combo goes for 2,299 RMB ($344), and with 64 GB storage, the price goes pu to 2,499 RMB ($373). No global availability has been announced yet, but Huawei has brought notable honor smartphones to both Europe and US before, so it is still possible.