Today, HTC revealed that its new VIVE Pro headset has gone up for pre-order with a ship date of April 5. At the same time, it marked down the price of the regular VIVE significantly, shaving $100 off the price of its full bundle permanently. While the VIVE Pro is expensive, it might be worth the upgrade for those who want the best VR has to offer. On the other side of the coin, the VIVE at its new price offers a lot of value (especially compared to its previous price points), so what’s the difference between the two?

The advantages the VIVE Pro offers over the standard VIVE may not be immediately clear to some users. After all, both headsets look similar, and the name “VIVE Pro” suggests that this is merely an improved refresh of the original VIVE rather than a full-blown successor. In some ways, that’s true, with the VIVE Pro making a few upgrades that are very significant.

There aren’t very many differences when we look at the specs lists for the VIVE and the VIVE Pro, but what’s different certainly shouldn’t be ignored. You’ll find the biggest VIVE Pro improvement in its display, which features two OLED panels that boast a combined resolution of 2880 x 1600. As HTC points out, that’s a 78% increase in resolution over the original VIVE. 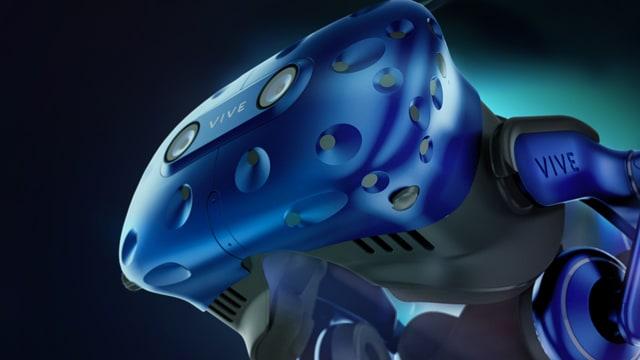 That is, by far, the biggest upgrade in the VIVE Pro, with refresh rate and field of view staying the same at 90Hz and 110 degrees, respectively. The VIVE Pro does feature a USB-C port, while the original VIVE was limited to USB 2.0, so that’s a nice little upgrade that isn’t necessarily earth shattering.

So, with the bump up in resolution, do you need a more powerful PC to use the VIVE Pro? It turns out you don’t. HTC has published a list of recommended minimum specifications and it is almost exactly the same, suggesting a GTX 1060/RX 480 or better, along with an Intel Core i5-4590/AMD FX 8350 or better. In fact, the only difference between the specs lists is the requirement of a USB 3.0 port in the PC you’ll use with your VIVE Pro.

From a design standpoint, both the VIVE and the VIVE Pro look similar. There is, however, one major difference in that the VIVE Pro ships with an integrated set of headphones. With the original VIVE, you could use the earbuds that came in the box, a separate pair of headphones, or shell out for the VIVE’s deluxe audio strap. With the VIVE Pro, none of that is necessary, which is certainly a nice addition. 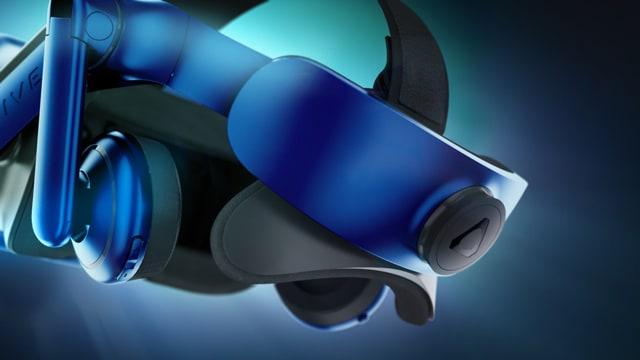 A word of warning to those planning on buying a VIVE Pro: it appears that the $799 asking price doesn’t get you everything you need to actually use the headset. When you plop down $800 for this, you’re only paying for the headset itself. That means the VIVE Pro ships without the controllers or base stations that are included in the standard VIVE bundle.

READ MORE: HTC VIVE ReviewIf you’re upgrading, this isn’t really a problem, as the VIVE Pro is compatible with the controllers and base stations you’ve already got. If, on the other hand, this is your first VIVE headset, your cost to get started is going to be significantly more than $799, as you’ll need to buy your accessories separately. At $135 per base station and $130 per controller, that isn’t going to be cheap.

If you’re looking for a bump up in resolution and connectivity, the VIVE Pro certainly has it. Integrated headphones definitely don’t hurt the cause, but the start up costs for someone who is starting fresh are definitely going to be a barrier to entry for a lot of people. If you’re upgrading and already have the accessories you need, then splurging on the VIVE Pro is going to be a more attractive option, but if you’re just starting out, it might not be a bad idea to wait for a Pro bundle or start with the standard VIVE, which is now cheaper than it’s ever been.