Virtual reality, the hottest thing in gaming and computing these past weeks, has seemingly taken a backseat to the Nintendo Switch, the glitchy Mass Effect: Andromeda, and the ambivalent Iron Fist. HTC, however, is making sure you don’t forget. It has just unloaded a bunch of news, all at the same time, showcasing how virtual reality, and the HTC Vive specifically, is a driving force in both entertainment, like the Ready Player One partnership, as well as productivity.

With all the hype surrounding it, VR is just begging to have a film about it. Fortunately, there are plenty of source materials available. The most popular, perhaps, is “Ready Player One”, a 2011 novel that paints a dystopian future where people escape the harshness of real life through virtual reality. While the film, which will be helmed by none other than Steven Spielberg, won’t require using a VR headset to watch, a VR tie-up is definitely a no-brainer.

HTC Vive had the honor of being the chosen partner for this rather huge sci-fi undertaking. Details are naturally scarce, though Vive does say it will produce multiple pieces of VR content related to the upcoming film. Being the exclusive partner, that content will only be available through the Viveport store. And given how neither the Vive nor the Rift are really not yet commonplace, very few people will get to experience those first hand. 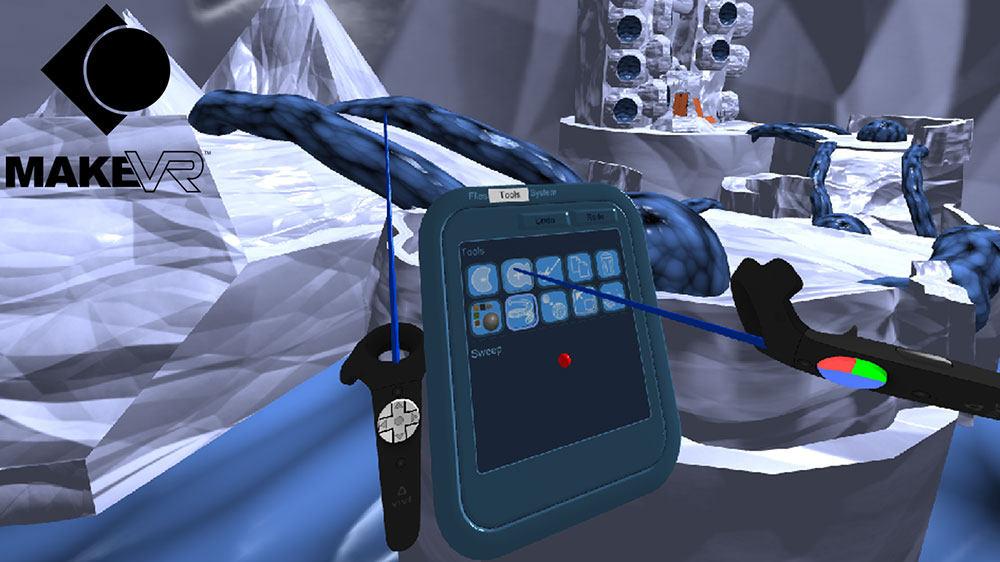 Contrary to popular notion, VR isn’t just for gaming or entertainment. It also has the potential to be a tool for creativity and productivity. Case in point is the new MakeVR experience from Sixth Sense. It is basically a 3D modeling tool that you can use, and actually only use, inside VR space using an HTC Vive. The tool promises to be more intuitive than current 3D modeling tools that are, ironically, all done in 2D space.

Vive also announced the availability, at least for developers, of the Vive Tracker, which allows real world objects, including human bodies, to be integrated into the VR world. The tracker is on sale for $99, making it the cheapest add-on to the rather expensive VR system.