HTC already has its own video streaming service called HTC Watch and now it looks like the company may be ramping up its own app store to be branded as “HTC PLAY.” The mobile device manufacturer recently filed a trademark application with the USPTO, seeking to secure the mark under three major categories that all point to the selling of smartphone apps.

The filing protects the mark in three major categories that include:

It’s hard to tell if HTC is planning a full-on app store or only focusing on a specific niche of apps such as video games, as the name would suggest. HTC is a major manufacturer for both Android and Windows Phone, and now with the new WP7.1 Mango update, this new marketplace could certainly accommodate future WP7.1 apps as well. 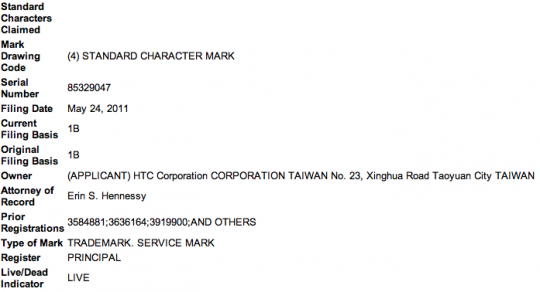