HTC is on the clock about when they’ll update their One lineup, having already noted they’d push Android Lollipop out within three months of it hitting AOSP. If a series of screenshots posted to Twitter are accurate, they’ve already begun the process. Released to the world by @LlabTooFeR, the shots show HTC’s Sense sitting atop Android Lollipop. According to the ROM Developer, this shows Sense 6.0, suggesting HTC hasn’t made any changes to their home-grown Android skin to go with Lollipop.

As we find with HTC Sense 6.0 and Android KitKat, there isn’t too much going on — and that’s a good thing. Aesthetically, it’s obviously Lollipop, but there isn’t much else going on. HTC seems to have chosen not to update the software keys at the bottom of the screen; or hasn’t yet, at least. 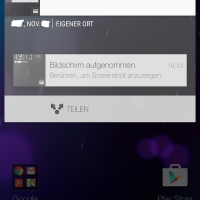 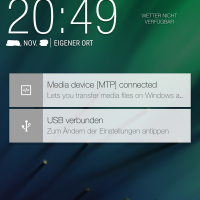 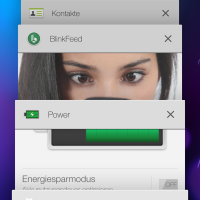 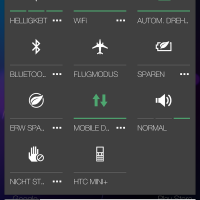 It does look like HTC has toyed with the notification shade just a touch, too. The small, personalized icon is also missing from these shots, which houses itself at the top right of the phone.

Finished or not, we like what we see. HTC hasn’t done much to Lollipop, which is something we like from their new-look Sense. There’s no official word on when we’re going to see Lollipop hit the One (M8), but HTC’s VP of Product Management says the Google Play edition will get the update in two days’ time.