The second gigantic keynote at Uplinq 2011 was HTC’s show, starting with word of NFC, Cloud Data, and 4G. The event continued with the keyword HTC Watch – this, Peter Chou, CEO of HTC noted, will be a Global media hub that’s deeply integrated into HTC allowing for an immersive experience. It’s also noted that HTC will now be working with Onlive for a rich gaming experience.

HTC and Onlive will not stop at video games, but to also deliver real-time experience such as applications like Autocad and will be making further investments into education. Onlive and Android have the same roots and incubator, they say, this prompting us to ask the question: Did google invest in Onlive as well? 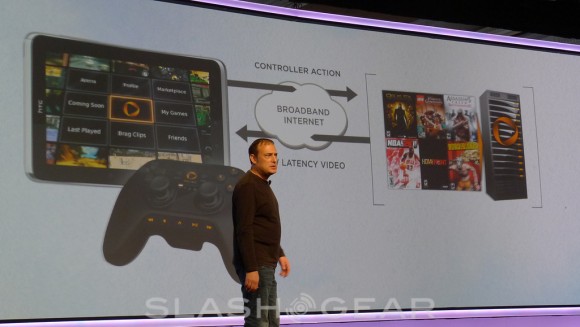 “Our partnership with Qualcomm is one of the most important relationship HTC has made in over a decade, we’re like brothers.” – Peter Chou

Chou noted that HTC is the number one Android brand and supplier “everywhere in the world.” Chou went on to say that “HTC believes in giving people choice.” Peter talked about Microsoft and how much they value the relationship and still very committed to produce future Windows Phone platform by being a good partner. 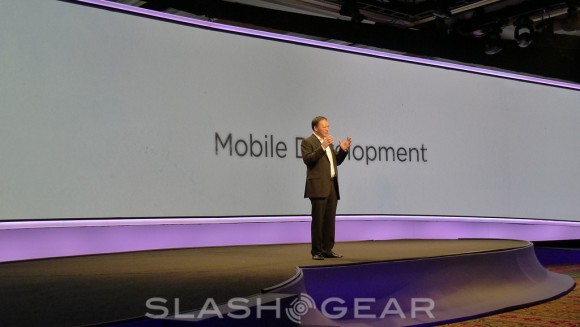 Chou then noted that another critical relation is with “you” the developers. This is the era of Mobile Development, he notes. There are more than 450k Android developers with a lot of Android apps on the market. HTC is committed to helping developers – big or small. Chou noted that HTC understands your needs because as he says “we are ourselves are developers.” 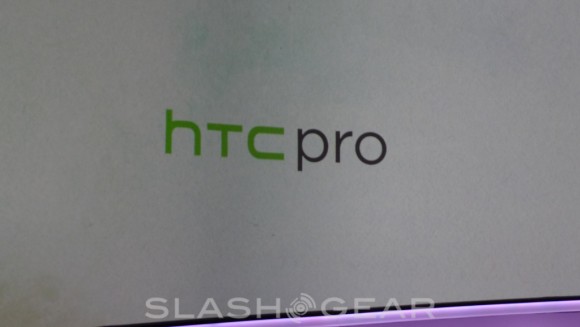 HTC Pro is a new program to support developers of all sizes says Chou, HTC is thinking of different ways to support developers announce the availability of HTC dev/ HTC OpenSense SDK. More information on this can be found at htcdev.com where Chou mentions that you can download libraries and sdk to your hearts’ content. What this means is that apps like Picasa or linkedin can use HTC Sense or even Gameloft or Zulu using the HTC Pen (used on the HTC Flyer) to bring doodling to life. 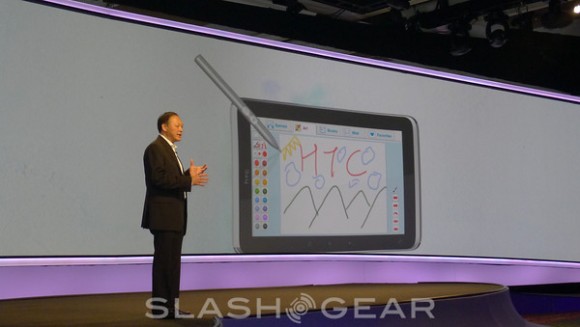 All of this bodes well for those who’ve already ordered or have their HTC Flyer in hand as it’ll soon be the screen leading us into whatever portal we wish that it always should have been. Controllers used for video games, doodling on every little application with the Scribe Pen, and more! Stick with us here on SlashGear for all the HTC/Uplinq/Qualcomm coverage you could possible want!