HTC Desire 816 and Desire 610 finally get US launch

HTC has been teasing Americans for some time with its mainstream line of Android phones, but the Desire 610 and Desire 816 are finally getting a US release. Part of HTC’s strategy to flesh out its midrange – a gap in which the company blamed for its mediocre performance back in 2013 – the two phones had been on sale in various locations in Europe and the rest of the world before now, but will soon show up on Virgin Mobile among other carriers.

The Desire 610 has a 4.7-inch display running at 854 x 480 resolution, a 1.2GHz quadcore Snapdragon processor, and 1GB of memory, along with 8GB of storage and a memory card slot. The main camera shoots at 8-megapixels and records 1080p video, while on the other side there’s a 1.3-megapixel camera. 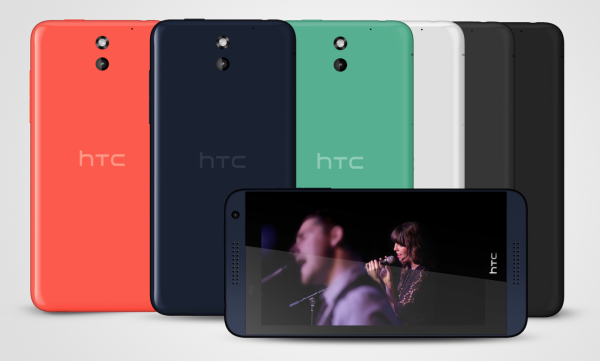 Its camera is higher-resolution, too – though it misses out on UltraPixel technology as the HTC One M8 enjoys – at 13-megapixels, while the front camera is 5-megapixels with a wide-angle lens for fitting more people into each shot.

Both get HTC’s BoomSound speakers, HTC Sense 6 with BlinkFeed, and will be offered in a variety of colors.