HTC Desire 601 brings “One” features on a budget

Bringing a 4.5-inch qHD display to the market with Android and several of the high-powered features that made the HTC One one of the company’s most sought-after smartphone in years, the HTC Desire 601 had been made official today. This device works with features such at HTC BlinkFeed and media enhancers like HTC Zoe and Video Highlights, making the software experience rather similar to the HTC One. With HTC BoomSound in a couple of front-facing speakers, this device is just as loud as the HTC One as well.

The big difference between this device and the HTC One as far as sight-unseen features goes is the camera. This device works with a 5-megapixel camera similar to that of smartphones delivered by HTC last year – this isn’t the same UltraPixel technology included with the HTC One. That said, you’ll still be working with the same software – Sequence Shot, Object Removal, and Always Smile included.

This device also works with a processor that’s not quite as high-end as the HTC One, but is certainly part of the 2013 round of Qualcomm releases. With the Qualcomm Snapdragon 400, the HTC Desire 601 works with two CPU cores clocked at 1.4GHz and a paired Qualcomm radio making 4G LTE possible on multiple carriers. 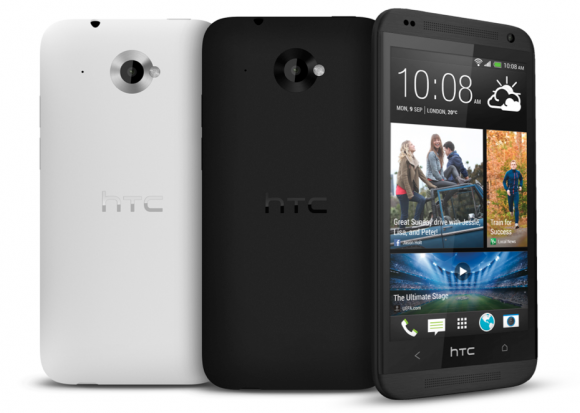 The HTC Desire 601 has been introduced during Berlin-based IFA 2013, so we expect to have some hands-on experience with the machine before the week is over (as we are, indeed, in Germany this week.) This device will be available in stores in Europe – HTC says the EMEA as a bit more broad an area of coverage – starting in October of 2013.

Pricing has not yet been announced, though we do expect this model to be significantly cheaper than the original HTC One. It’s not yet known if the HTC Desire 601 will be released in the USA, while it IS known that it’ll be coming in white, black, and red.