Proving that RIM’s hybrid capacitive/resistive touchscreen idea isn’t the only way to address smartphone display usability, one of HTC’s latest patent applications suggests using a new type of stylus to bring resistive-style accuracy to the increasingly popular capacitive panels.  Their stylus has a magnetic head which can be registered by a standard capacitive display, meaning you can use your finger for general control and switch to the stylus for more precise or text input.  Meanwhile, a second – slightly more far-fetched, it has to be said – patent describes a new type of dynamically adjusting screen that attempts to prevent people sneaking glances at your smartphone.

The magnetic stylus works by virtue of creating an electrical current as it moves across the display, which is recognized by the capacitive layer.  While many Western users prefer capacitive touchscreens over resistive versions, the latter technology is often preferred in Asian markets where handwriting and character recognition is more commonly used.

As for the privacy patent application, that details a system whereby a limited-viewing-angle display can dynamically change its viewing angles in response to tracking the users’ face with cameras and by using g-sensors.  The same tracking principle, HTC suggest, could also be used to adjust on-screen content according to the position of the handset in relation to the user: for instance, moving the phone closer to your eyes would automatically enlarge text or images, while glancing at the phone at an angle could see it automatically skew text to compensate. 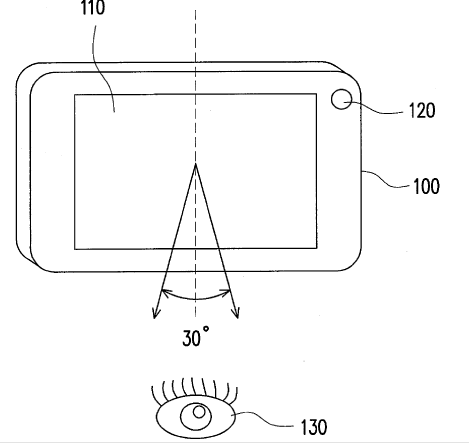