The following is an account of the HTC Arrive being handled by your humble narrator Chris Burns, a fellow who before handling this phone had literally never worked with Window Phone 7 before save for a couple of small interactions here or there. Therefor what you’ll get is a thorough assessment of the hardware and a review of what I see as the future of mobile computing as it applies to Microsoft as well as the potential Windows Phone 7 has in a largely Android and iOS dominated market – and why with a little adjustment here or there, WP7 may dominate.

Being a heavy Android user and an every-other-day iOS user via iPad 2, I had low expectations for Windows Phone 7. When you’re inundated with advertisements for two systems that clearly have the sales to back up their claim, you start to believe that there’s no other OS out there that can match your favorite, or in this case favorites. The last time I reviewed a phone that wasn’t an Android, it was a BlackBerry, and I was kind but truthful on how I thought there wasn’t much future for RIM if they continued down the path they’d been going at the time. 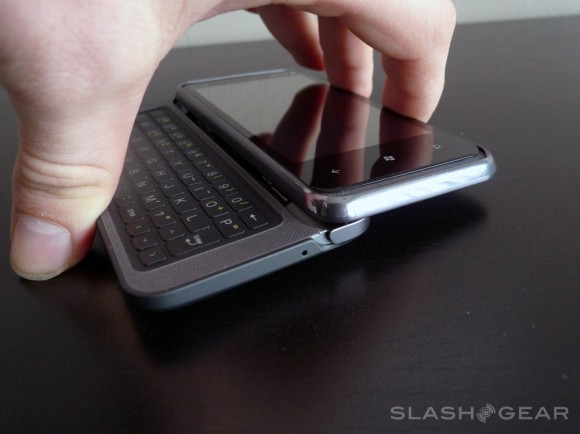 With Windows Phone 7 on a device like the HTC Arrive, Microsoft has a fighting chance at at the very least staying in the game as an option for smartphone seekers on all the major carriers, and at most becoming one of the top three mobile OS providers in the world. What I see here is a nearly perfected bit of hardware carrying a mobile OS with a lot of potential.

This phone is heavier than an HTC ThunderBolt with the extended battery attached. That’s saying something, as that Android phone is basically a monster once it’s got its tank cannon on. The HTC Arrive is NOT thin, but it is ergonomically shaped, so well made that you KNOW HTC has been at this game for several years making handsets made to please. 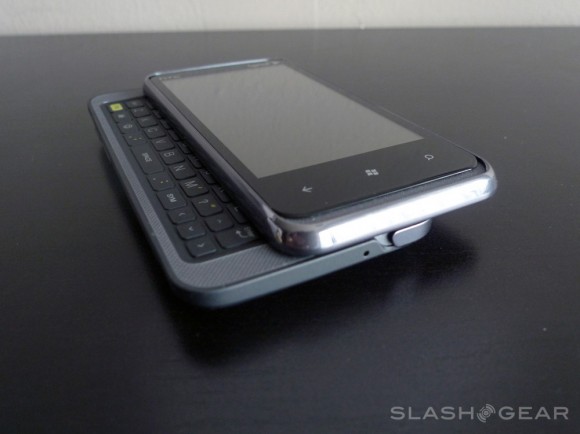 I’m concerned about the space between the top and bottom halves of the phone when the device is folded out (right where the display connector strips are housed) as that’s a PERFECT place to hold a boatload of dust. The same is true of the speaker areas on either side of the display. Thus far, however, only the speaker areas have collected a significant amount of specs and bits. On the other hand, you COULD get a little satin pull-string bag to keep the phone in, as everyone should perhaps have for their high-quality electronics. 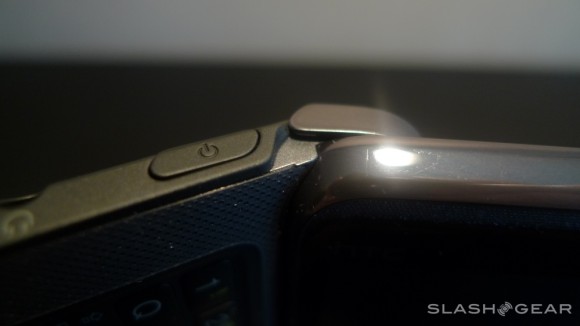 The majority of this handset is made of metal. This is exactly what handset makers should be doing across the board. It makes the device look and feel like it cost a million bucks. The hinge on this device is tops, strong enough to stay open without flipping up and down unless you’d like it to, but easy enough to use that you’ll be able to flip it out with one hand. The camera is not ideally placed, but until the world figures out how to put the camera on the flipped-out portion of the phone, this is as good as it’s going to get.

Photo quality is OK, video quality is OK. I’m a firm believer in the fact that you’ve really got to judge this part of the phone on your own, since everyone’s got different standards. On the other hand, I can say that the video and photo quality in this device are not up to the standards HTC set for the ThunderBolt. This is a lower end of high-end camera on a high-high end device.

The version of Windows Phone 7 running on this device is 7.0.7389.0. As Microsoft has done no gigantic changes to this iteration of their mobile OS, I can comfortably say that they’ve got somewhat of a long way to go. That said, there’s a LOT of potential here. You can tell that this system was designed not only by developers and programmers, but but graphic designers as well. Where in the past I always felt like Apple had the majority of the edge over Windows in desktop operating systems when it came to aesthetics, Windows Phone 7 appears fresh, daring, and new! 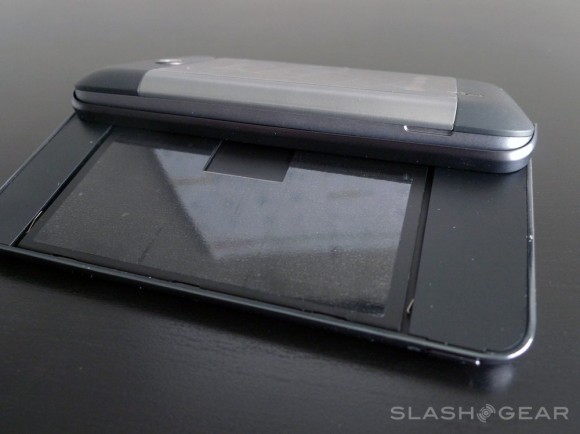 There are giant text blocks that cut off at the screen (but not so much you wouldn’t know what they are), arrows, dots, and gear symbols as markers in all the right places, and a simplicity that I think even Apple doesn’t truly have. That’s what Microsoft has been pushing since the beginning, and that’s what they’ve got. That said, like I mentioned above, I come from a daily schedule that includes Android and iOS every, single, day of the year. Whenever one switches from an operating system they’ve been using for years to one they’ve never seen before, they get a bit confused as to why there’s only 3 constant keys instead of 5 or 1, if you know what I mean. I think this is Microsoft’s largest barrier, and indeed the biggest barrier that any other mobile OS has at the present time.

Speaking from the same perspective, if you’ve never used Windows Phone 7 before in your life, please do yourself a favor and give it a test drive. It’s cool, it’s new, and it has, again, a lot of potential. If you’re in a position where you’ve never used a smartphone before, well then, you’ve got quite a decision before you. I will say this: the switch between Apple’s iOS and Google’s Android is going to be much easier for a person than either will be to or from Windows Phone 7. For certain. 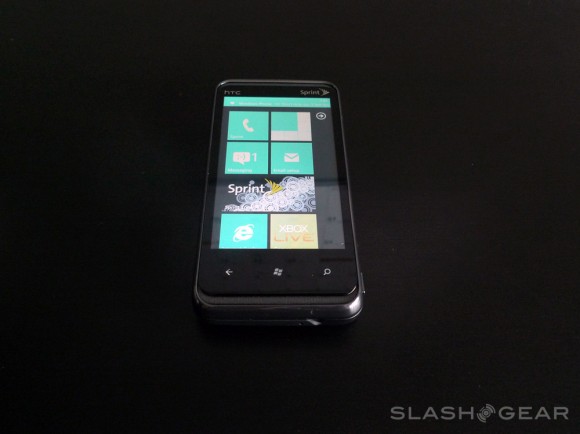 As far as the hardware here goes – it’s tops. The hinge is strong and sticks as it should but is maneuverable enough to accept a single hand for opening. The screen is bright and will satisfy anyone hoping to play some fabulous Xbox games like Katamari or Need for Speed, and every control you’ll be needing for those games or any other applications are at the top of their game here as well. The touchscreen, for example, is as responsive as I’ve ever felt a phone being. 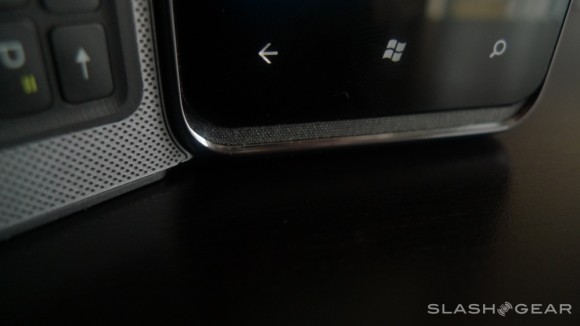 If you’re already in to Windows Phone 7, this is a hot choice for you. It’ll give you all the screen real-estate you’ll want and allows you a physical keyboard (which, by the way, is very nicely spaced and responsive as well.) The speakers are loud, the camera is alright, and the case itself is made of high-quality metal. A real winner in the hardware department. Let’s hope for more development from Microsoft so they can catch up with HTC for overall perfection!