If you’re all about running an NVIDIA Tegra 4 quad-core processor with Android and you really, really need a keyboard attached to your display, HP has a solution for you. As a next-level version of the HP SlateBook they released last year, the HP SlateBook returns in black and yellow with a 14-inch display instead.

This machine works with a 14-inch FHD (1080p) display with NVIDIA Tegra 4 under the hood. You’ll be running a slightly modified version of Android – with HP’s apps as well as the Google Play app store, as well as the NVIDIA TegraZone for games. 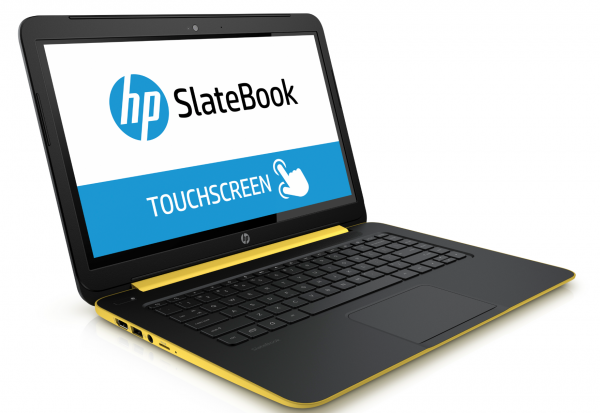 This machine runs with an “ultra slim” 16mm body and weighs in at a tiny 3.71lbs. Battery life rings in at up to 9.25hrs – fine by any notebook’s count. 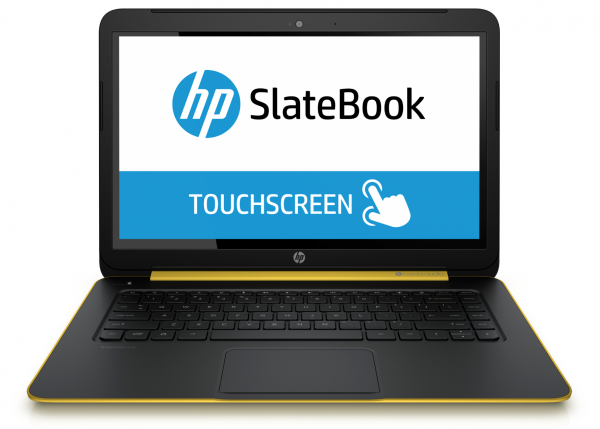 This machine will be available starting on August 6th and will be ringing in at $429 USD. There’s only one color available, but it’s a neat one: Sweet Yellow.