HP compromises to get groundbreaking Machine to market

HP expects to have its groundbreaking Machine up and running in 2016, but its ambitious plans for the computer have been tempered from the original promises. Announced last year alongside an aggressive scheme to introduce memristors – chips that straddle volatile RAM and non-volatile storage – commercially, HP Machine was billed as the future of everything from servers to smartphones. Speaking at the HP Discover event this week, however, HP Labs’ director Martin Fink conceded that the first-generation Machine won’t be quite as revolutionary as initially hoped.

Memristors, or at least the concepts behind them, aren’t new. In fact, they were first theorized back in the early 1970s.

In effect, the chips offer “writable” resistance, similar to how DRAM memory operates, making them theoretically as fast as that computer memory. However, unlike DRAM, they memristors also maintain their resistance even when the power is removed. 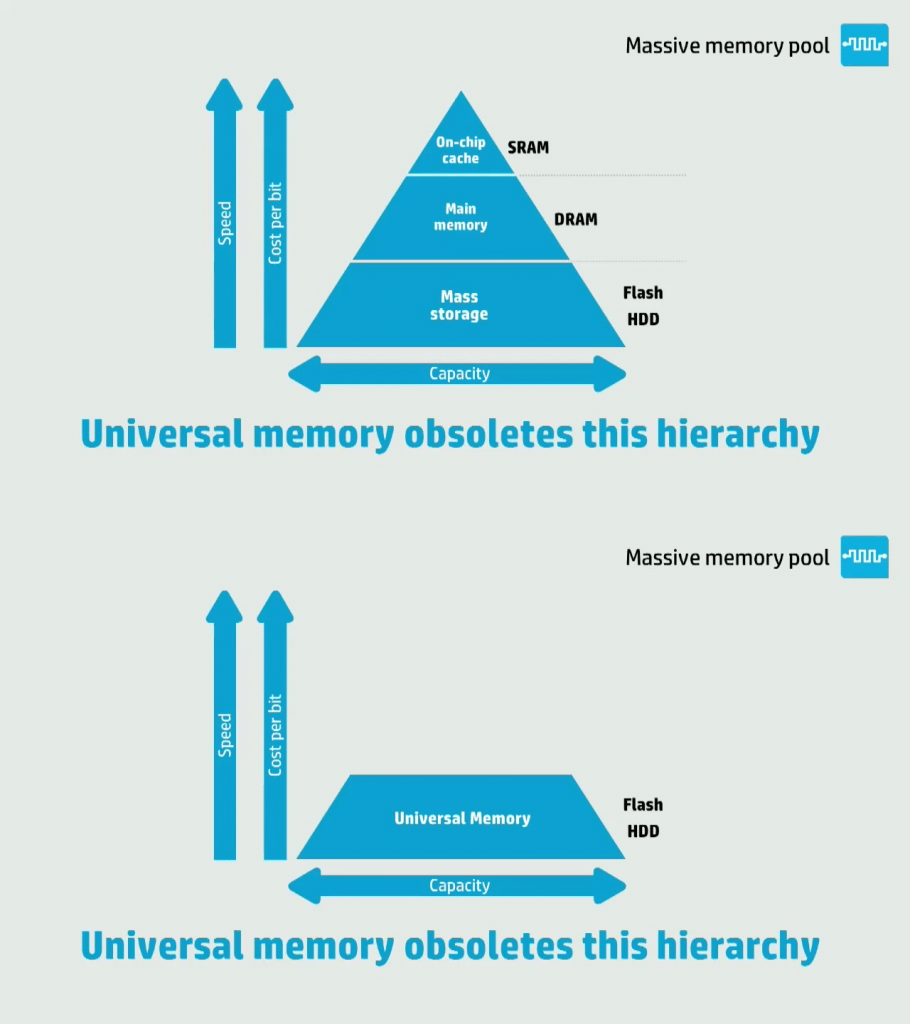 The result is a chip as speedy as DRAM but as stable as an SSD, but it turns out making that viable for mass-production is harder than HP – and its near-$500m of investment into the Machine so far – expected.

This week, HP chief technology officer Fink confirmed that the first iteration of the HP Machine, due out next year, will stick with DRAM rather than use memristors. It will also use a more traditional Linux-based OS instead of the homegrown platform HP initially intended to deploy.

Following the DRAM version, a next-gen model of the Machine will use phase change memory, with memristors coming further down the line.

According to Fink, the changes are based on practical demands. For a start, actually producing memristors is taking longer than HP’s initial timescale suggested; the DRAM-based Machine will require much more power, since the chips it uses will require a constant supply of electricity, but at least they’ll work.

The Linux adoption, meanwhile, should help HP bring curious developers into the fold, rather than force them to rewrite software to suit the new OS.

Although disappointing, the decision to push out a product rather than hold off until memristor technology is viable will still result in an impressive computer. The first Machine will have 320 TB of memory, Fink confirmed, well in excess of the 12 TB its current servers top out at.

For consumers, the reality of both memristors and the Machine will be further down the line, though HP is already looking to mainstream uses for the technologies. One possibility could be using that surfeit of processing power for complex voice recognition or computational photography in smartphones, without having to shuttle data to the cloud to be crunched.

In fact, Fink revealed according to the NYTimes, one of the potential uses being explored within HP is embedding Machine tech into a printer. Such a super-printer could not only store an entire business’ worth of documentation, but perform complex analysis on the files like a local server.