This past summer rumbles surfaced stating HP had a trio of new tablets in the works, and among those three new tablets was one called the HP 10 Plus. That leak turned out to be true, and HP has introduced that Android tablet model with little (read: none) fanfare. The tablet has surfaced on Amazon, where it is still located — whether it was supposed to launch and HP is just staying incredibly quiet about its arrival, or this was a premature launch, isn’t known at this point.

Regardless of whether the tablet was supposed to arrive when it did or not, we’ve got all the details thanks to the Amazon listing. The HP 10 Plus features a 10.1-inch display with a resolution of 1920 x 1200 pixels, as well as a modest 1GHz Allwinner A31 processor and 2GB of memory.

Joining this is 802.11b/g/n WiFi, a single USB 2.0 port, 16GB of storage, and the promise of 6 hours of run time on a charge (capacity is unknown). The tablet runs Android 4.2, so don’t expect the latest software right out of the box.

There’s a rear 5-megapixel camera, and a single audio port. It looks like the slate is only available in silver, as shown in the picture in the gallery below, with the total device weight coming in at 1.5lbs. The HP 10 Plus is priced at $279.99 USD, and can be ordered now. 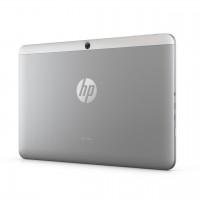 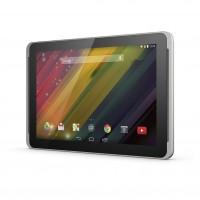