How to switch to Amazon Alexa’s new Echo voice

Amazon’s Alexa has a new voice option, and if you’ve wanted something new in your conversations, switching to a different sounding assistant could do the trick. The company quietly rolled out the new Alexa voice earlier this month, and changing over is straightforward.

In fact, you can do it by voice if you prefer. Saying “Alexa, change your voice” to the nearest smart speaker will switch from Alexa’s default – which is higher-pitched and generally considered to be female-presenting – to the new voice.

It’s lower-pitched and sounds more male-presenting. The actual functionality itself isn’t new, however, and you won’t get any different responses or results based on which voice you’re interacting with.

Alternatively, you can switch the voice over via the Amazon Alexa app. Hit “Devices” in the bottom shortcuts bar, then the “Echo & Alexa” option near the top. You should see a list of your Alexa smart speakers: tap one, and then tap the settings icon in the upper right corner. 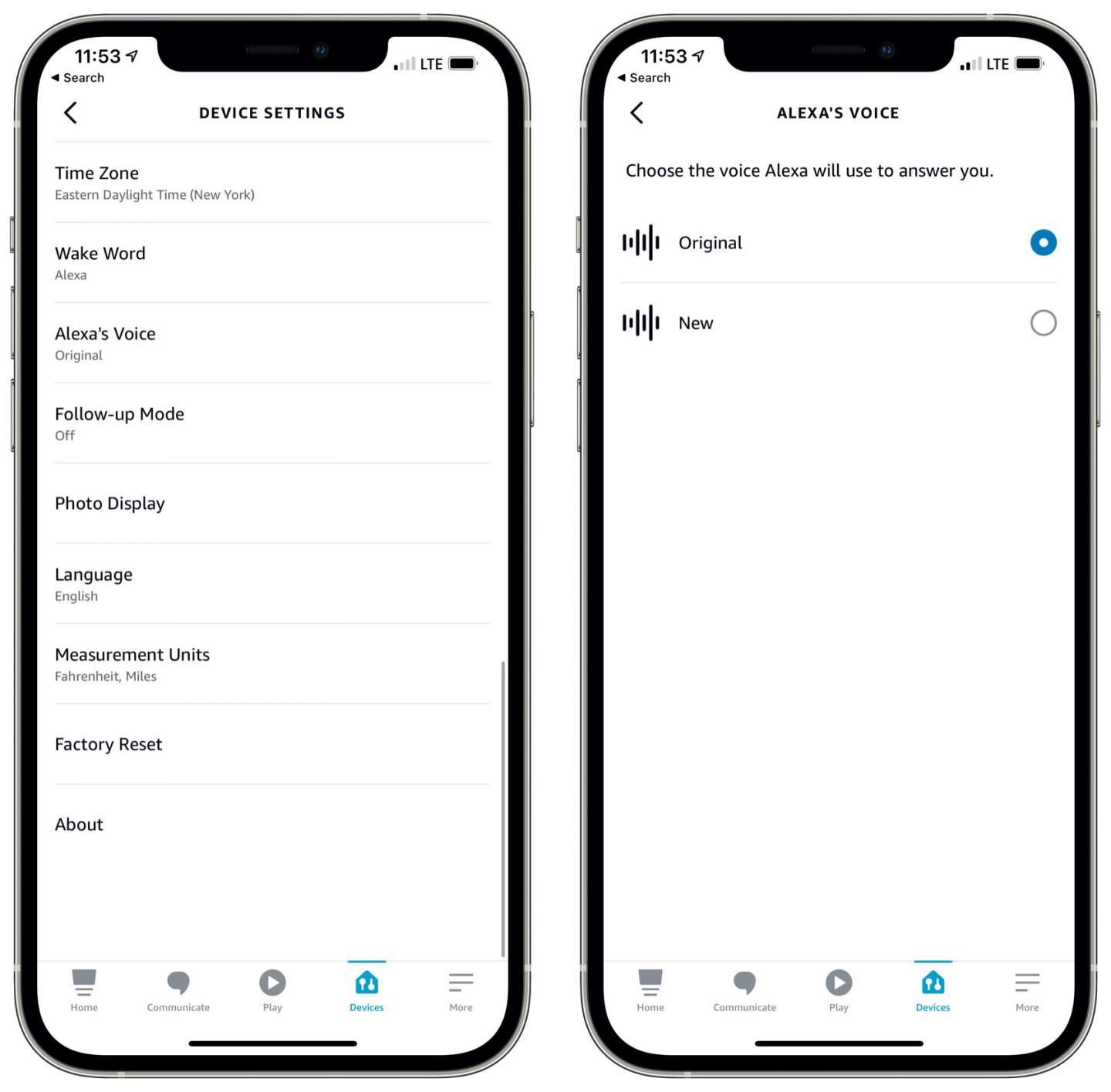 Scroll down the list, and you’ll find a new “Alexa’s Voice” option. There are two choices there: “Original” is the familiar higher-pitched voice, while “New” is the freshly-added lower-pitched version. Tapping them plays a preview.

While you’re in the device settings, you might also notice a new option in the “Wake Word” menu. As well as the existing choices – Alexa, Amazon, Computer, and Echo – you can also now choose Ziggy as the wake word for your smart speaker. It’s worth noting that the setting only applies to that one, specific Echo smart speaker: the others you might have in the home will continue responding to whatever wake word they’re set to. 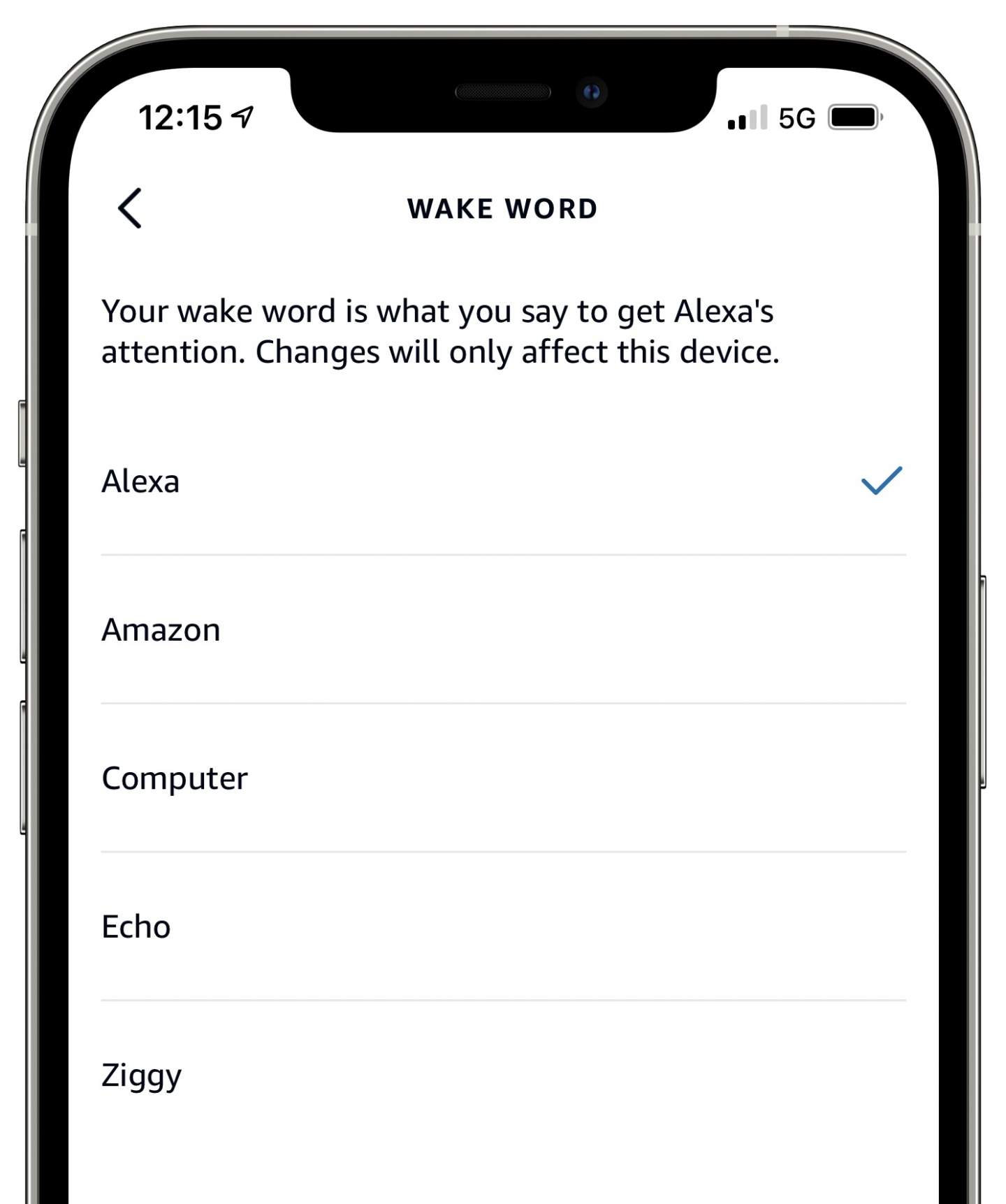 How to install the latest Echo firmware

It’s worth noting that you’ll need to be running the latest version of the software for your Echo or Echo Show in order to see the new voice options in the Alexa app. Usually, the smart speakers and smart displays automatically update overnight whenever a new version is pushed out. However, you can manually check for new firmware too.

On a smart display like the Echo Show 10, you can swipe down from the top of the touchscreen and tap the settings icon on the upper right. Scroll down to “Device Options” and there’s a firmware update option there. Tap that and, if there’s a new version available, it will download it; you’ll need to tap the option again to actually install it, however.

On an audio-only Echo, such as the Echo Dot, it’s a little trickier. There’s no manual option – since there’s no on-device menu to scroll through – and by default the smart speaker will avoid installing new firmware if you’re interacting with it. Pressing the microphone mute button and leaving it to its own devices – while it’s connected to WiFi, of course – usually gives it a chance to check for the latest update.

How our virtual assistants sound – and the way that shapes how we interact with them – has become an area of focus in recent years, particularly as children grow up surrounded by Alexa or Google Assistant powered devices. While AIs and assistants are, by their nature, non-gendered, the fact that most launched with female-presenting voices has led to concerns that they’re associated with being servile. 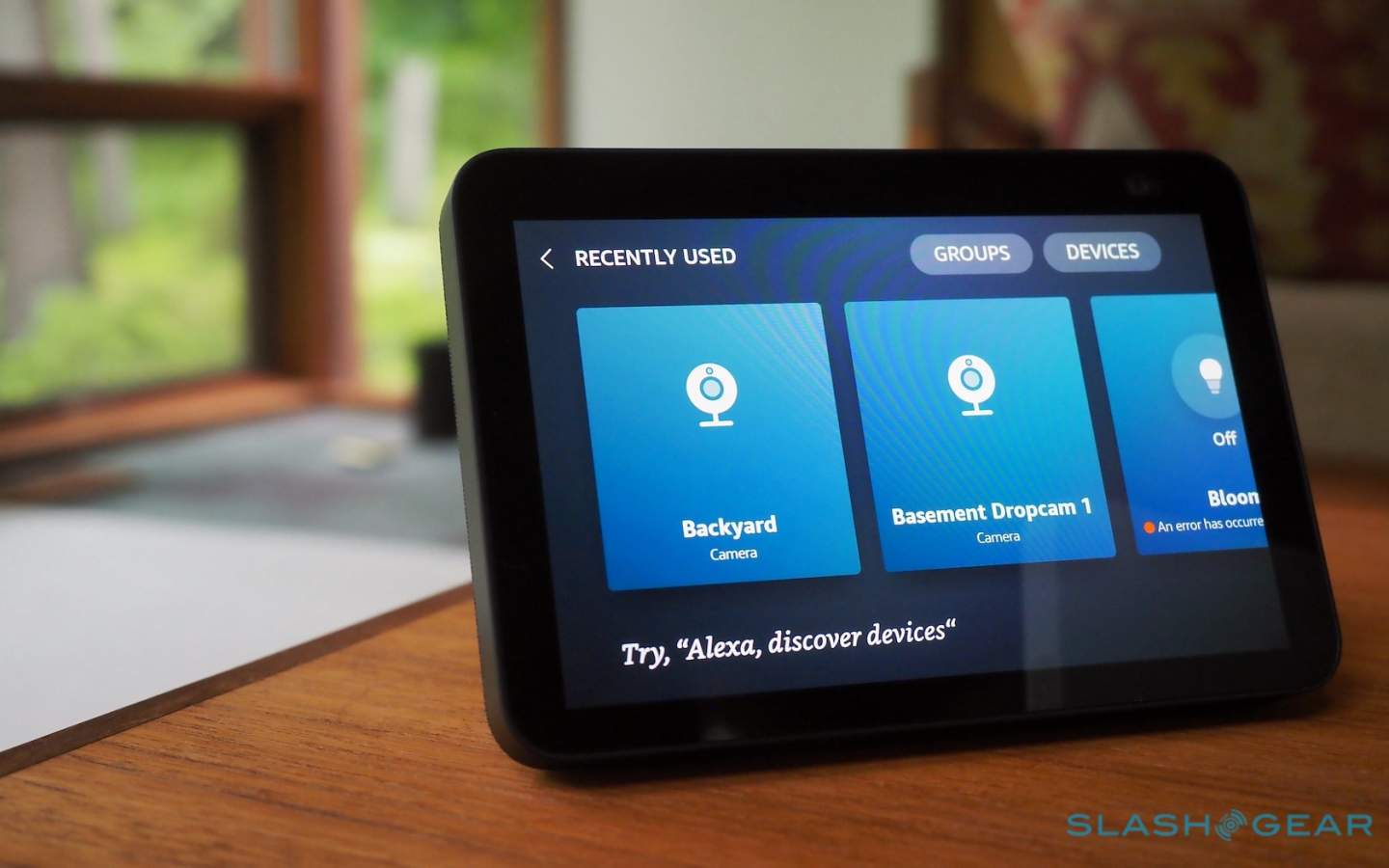 A report published by the United Nations in 2019, for instance, criticized tech companies for coding gender bias into their products. Both the way assistant tech sounds, and the way it responds to insults and inappropriate requests, could be fueling a growing gender gap, the report’s authors argued.

We’ve seen tech companies progressively shift their products since then, seemingly at least in part to avoid accusations of bias. Apple’s Siri gained new voices in iOS 14.5, with the female-presenting voice no longer selected as the default in the initial iPhone setup process. Google’s Assistant offers different tones, too.