Samsung isn’t the first company to embrace the smart car concept, but it’s certainly among those with the deepest pockets. The new Samsung Connect Auto platform starts out with a nondescript dongle that plugs in underneath your dashboard, but the implications – both for your everyday use of the car, and potentially for how much you’re paying in insurance – are much further reaching.

I caught up with Samsung’s automotive team at Mobile World Congress this week, to find out more, not only about how Connect Auto will work, but how the company will manage the legitimate concerns of automotive privacy and safety advocates. 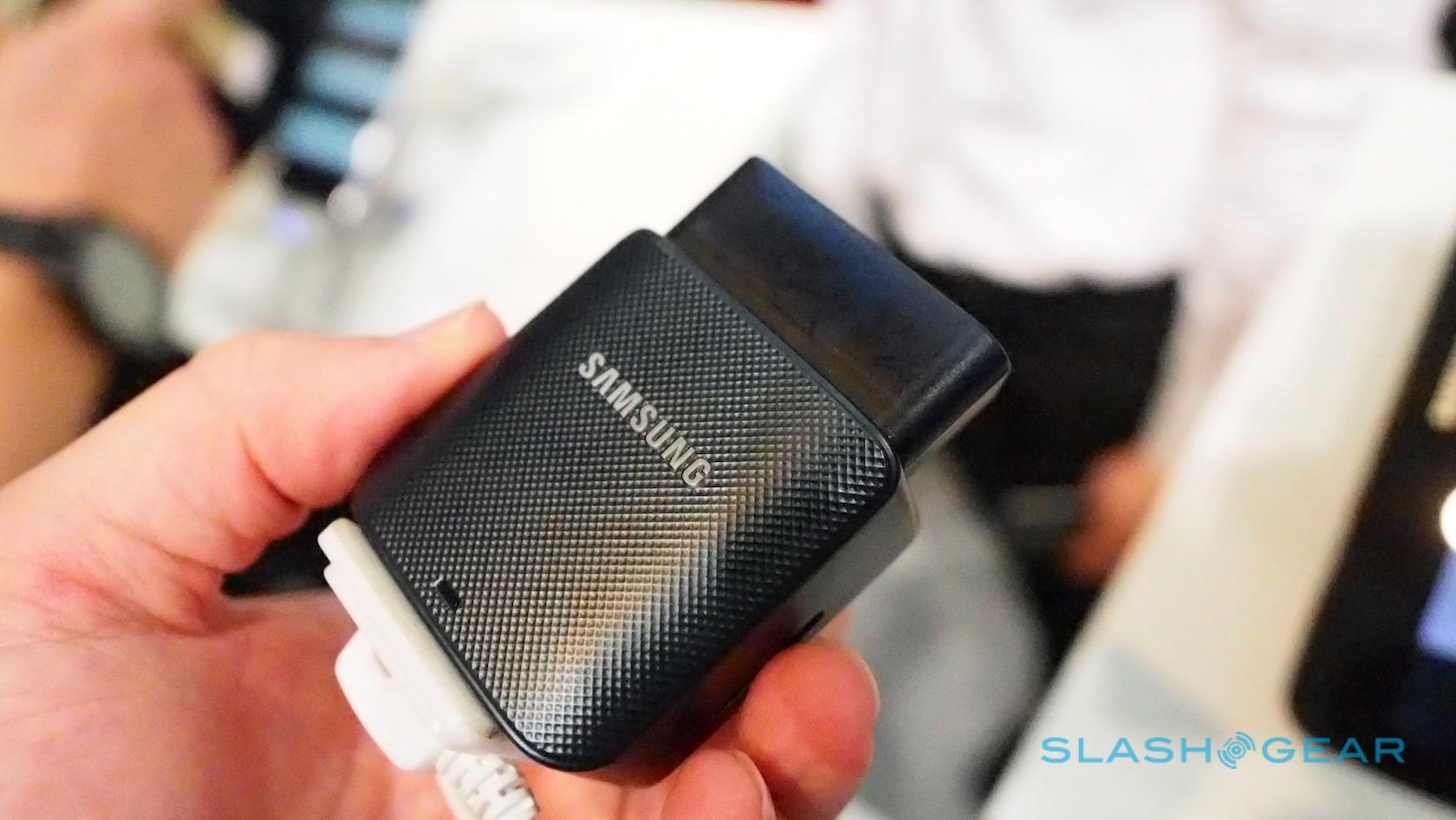 Samsung’s dongle itself is a small nub of plastic with a SIM slot for the LTE modem on one side, and – in this current prototype form – a microUSB port on the other. I’m told the port is likely to be absent from the consumer version, however.

Installation involves finding your ODB-II port – you might need a torch, but it’s generally tucked away down in the driver’s side footwell somewhere, underneath the steering wheel – and plugging the dongle in, whereupon it gets a direct link to the car’s CAN bus. It’s also how the adapter is powered, so there’s no need to worry about batteries. 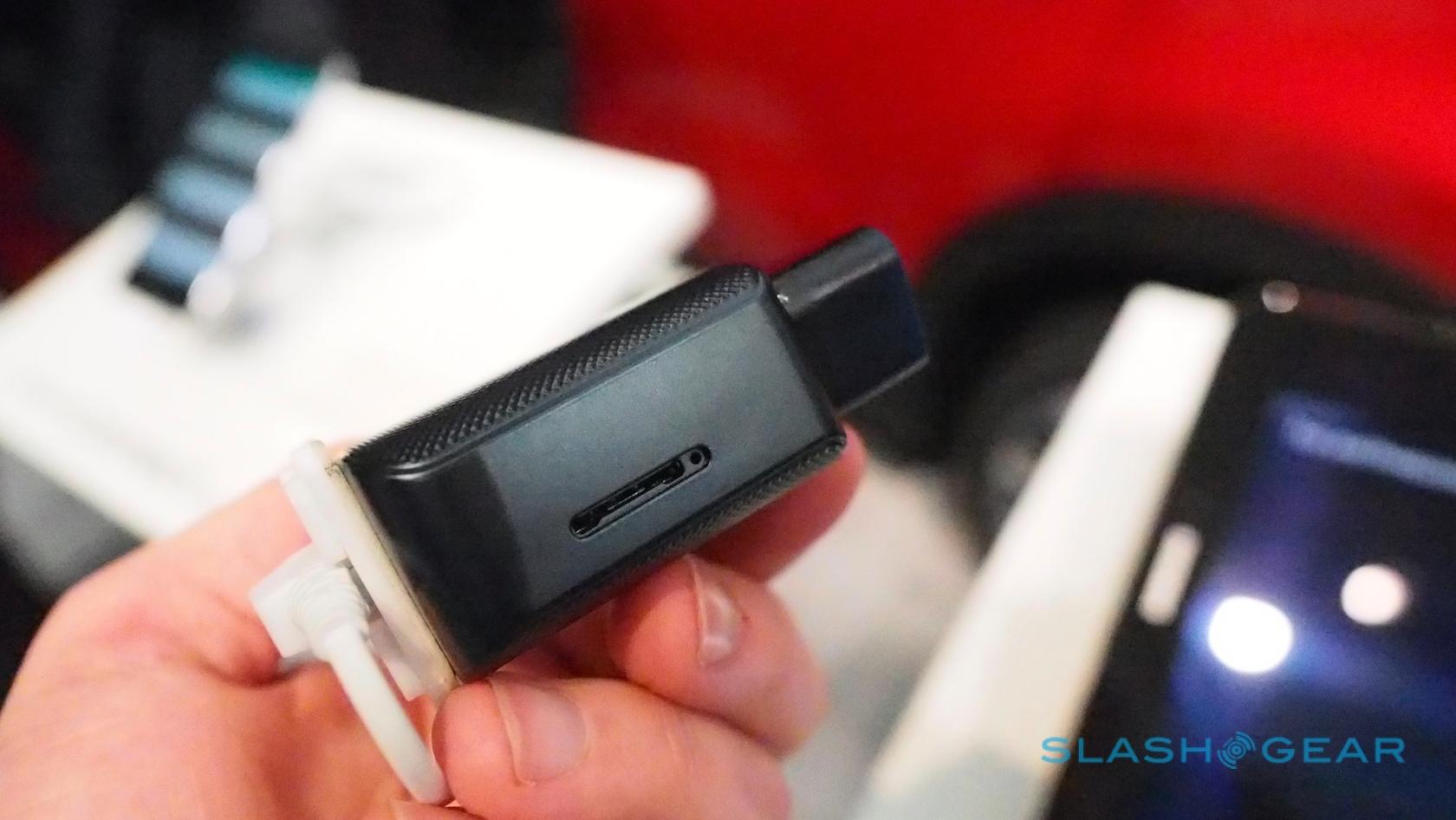 All further interaction is via Samsung’s app, which will be available for iOS and Android. First up you’re greeted with a main dashboard, that shows the last-recorded location of the car – including directions to get back to it – and your current driving score.

That score is calculated by how safe and economically you drive, with information fed to the system from the car. If the ABS brakes are activated, for instance, that data can be fed through to the Connect Auto dongle. 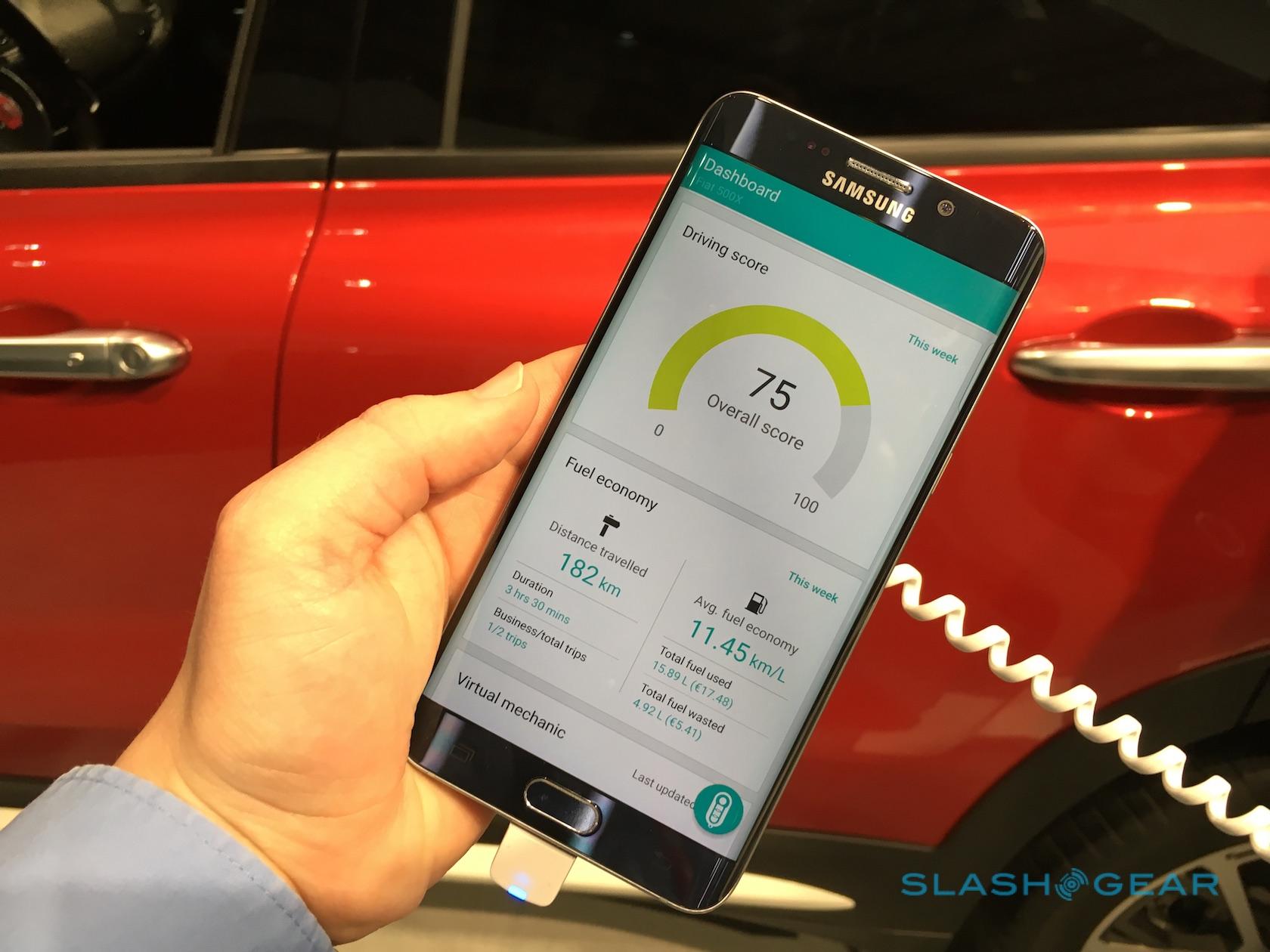 Fuel economy is also recorded, broken down into distance travelled as well as how much fuel was used and how much was wasted through inefficient driving. Tapping any of the homescreen panes opens up further information on each topic.

Potentially most useful will be the Virtual Mechanic section, which aims to demystify the “Check Engine” light. Just as a professional mechanic would get diagnostic information when they plug the car into their computers, Connect Auto can pull out information on the engine, transmission, electronics, and auxiliary systems, and give more detailed information about anything going wrong. 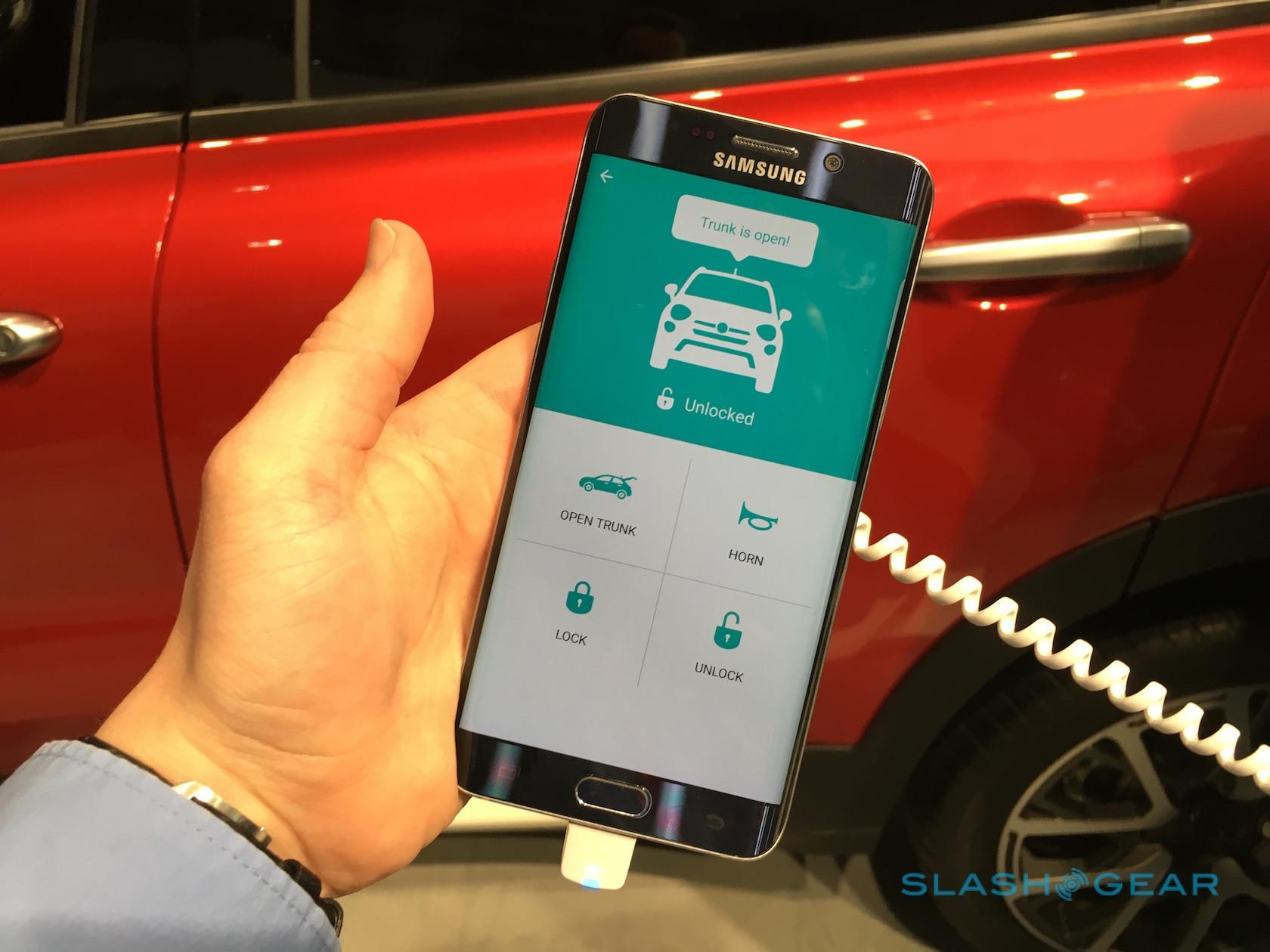 For Samsung’s MWC demo, meanwhile, the company worked with Fiat on integration with a 500L. From the app, you can remotely lock and unlock the car, as well as pop the trunk and honk the horn.

Unlike with some OBD-II dongles, Samsung says it’s taking a conservative – and more secure – approach to car system integration. Some rivals, the company explained to me, basically scrape a list of CAN bus codes and feed them into the car: that can mean you get broader lock and engine control across models, but it also introduces a point of weak security and, potentially, could damage the car’s onboard systems. 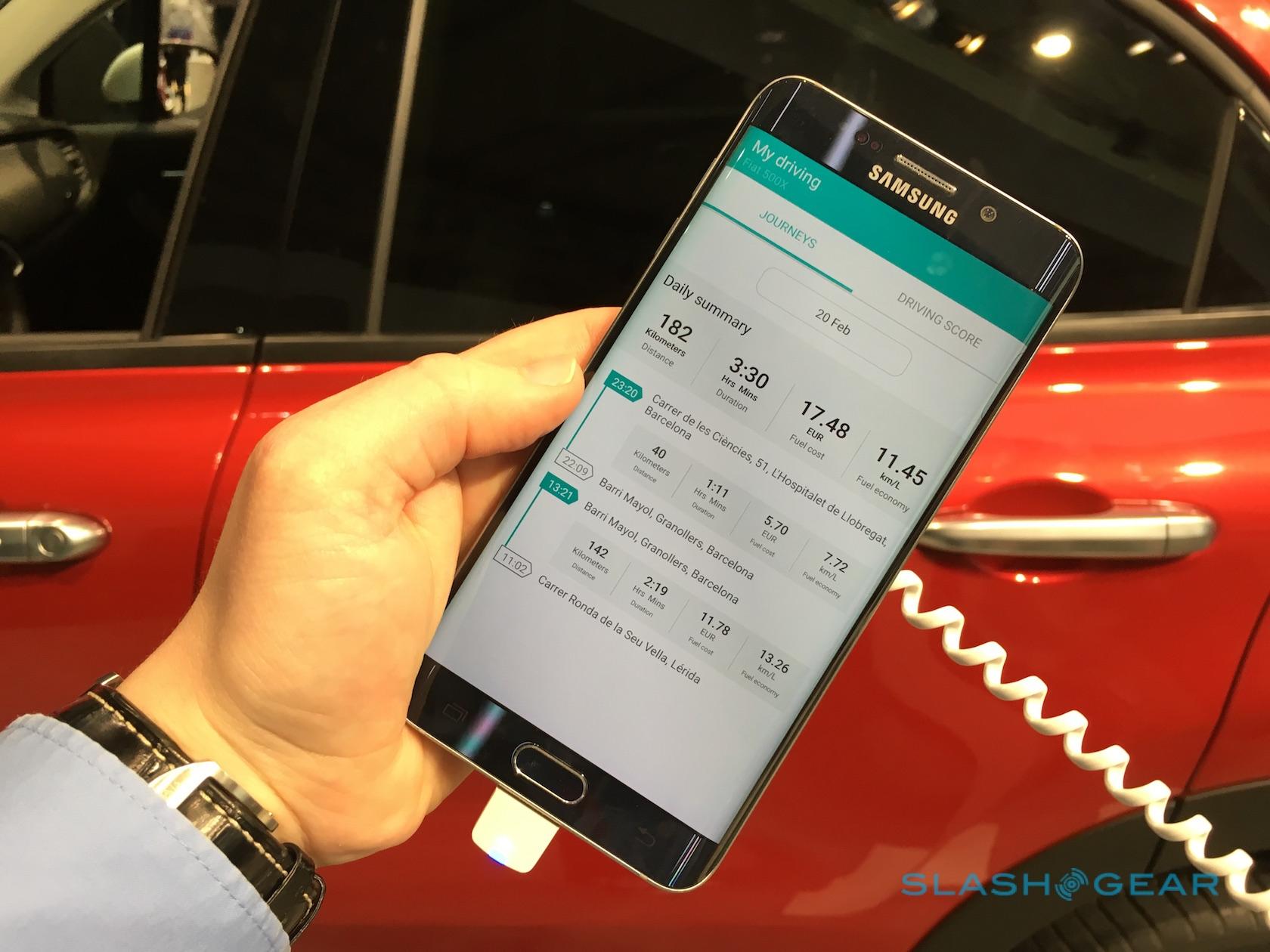 In contrast, Samsung Connect Auto will only be using codes for functionality that have been green-lighted by the automakers themselves. That does mean that, at launch, the dongle won’t have support for unlocking as per today’s demo, but it does leave things open for far greater integration later down the line as Samsung’s negotiations progress. The company is talking with many car companies, I’m told.

Security is a significant concern, particularly given headline-making car hacks in 2015 which saw millions of vehicles recalled. In addition to KNOX – Samsung’s security software, running for the first time on the Tizen OS of the Connect Auto dongle – there’s also a dedicated hardware security chip inside, which won’t unlock if a jailbroken version of Tizen is installed. 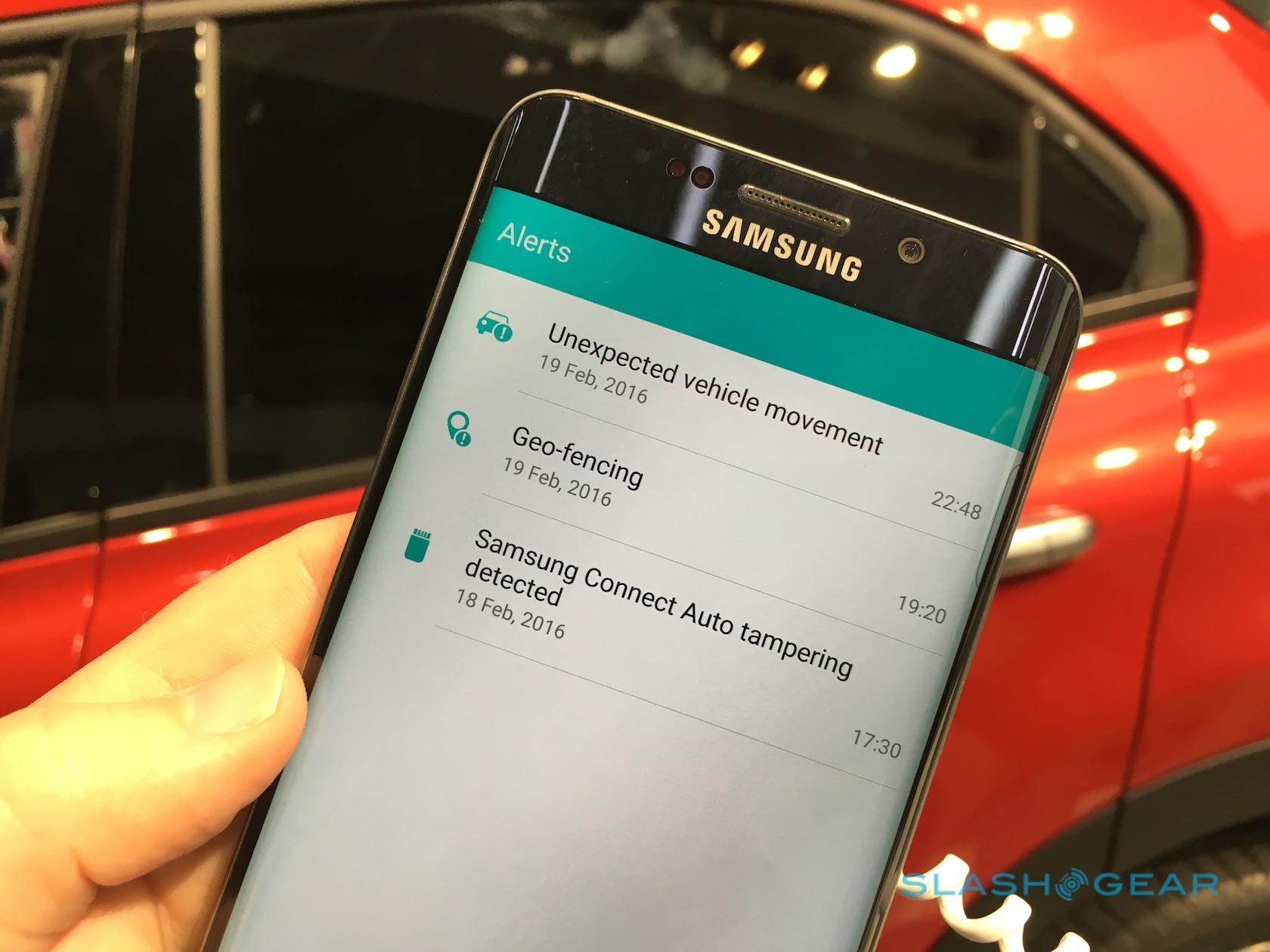 One of the responsibilities of that chip is to manage a blacklist and whitelist of CAN bus codes. If a hacker gained access, Samsung explained, and tried to slam on the brakes or shut off the engine while the car was driving at speed, the chip would block the transmission of that code.

Similarly, if the OS is compromised, the chip won’t allow any codes whatsoever to be sent to the engine. Its own firmware updates will be digitally signed by Samsung, and without that signature Tizen won’t recognize it. 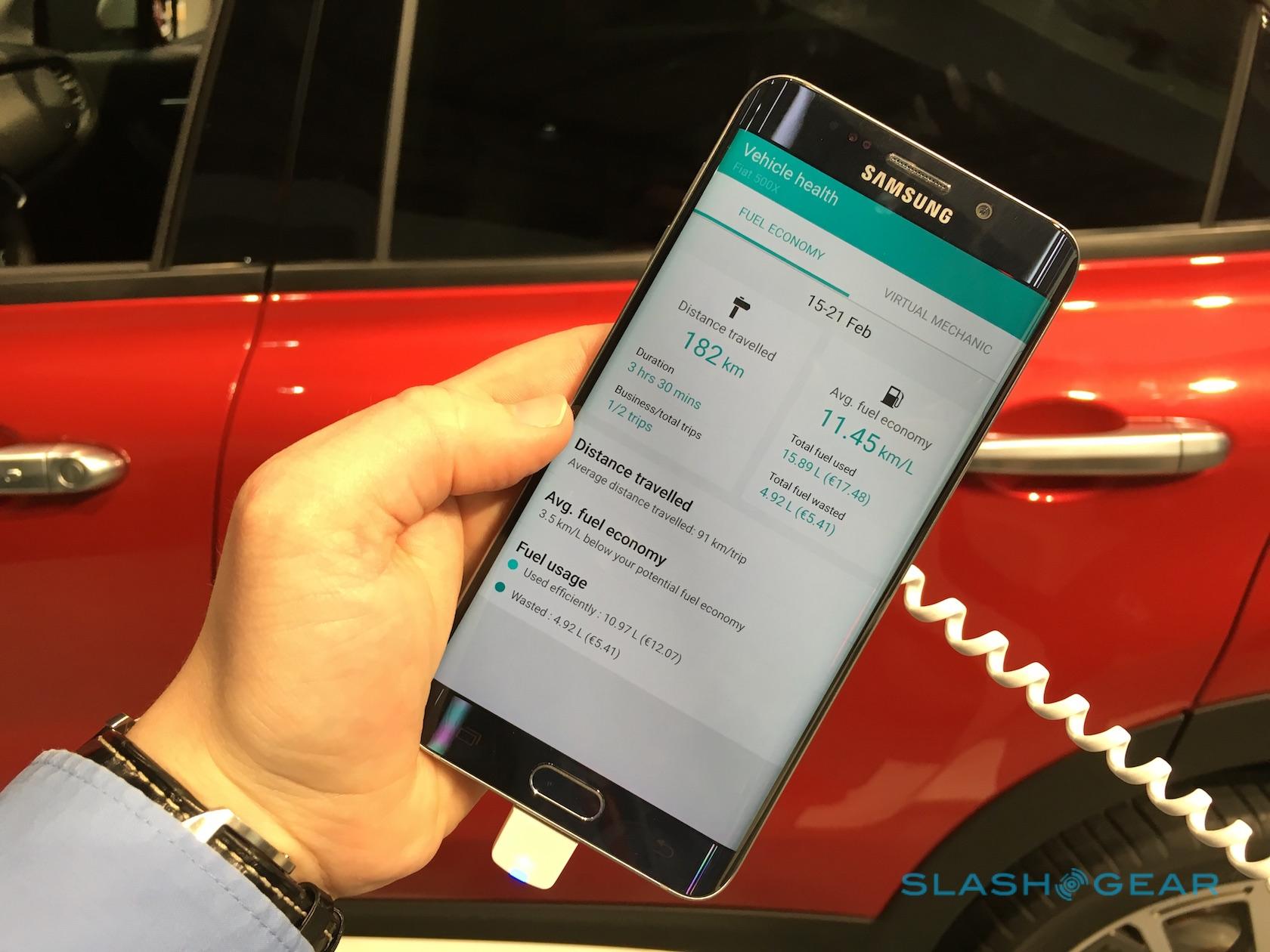 That’s not to say third-party apps won’t be supported, though while Samsung says there’ll be an SDK for developers, it hasn’t decided yet how software will be distributed. Also in question is what sort of validation will be carried out prior to each app’s release: whether Samsung will take Apple’s approach with the App Store and check each title beforehand, or a more lackadaisical stance like Google and the Google Play store and wait for problems to be reported, is unclear.

Privacy and data protection is likely to be of particular interest to drivers, given one of Samsung’s ambitions with Connect Auto is to shake up the insurance industry. The company is in talks with AXA and ten of the top insurers in the US about usage-based policies, where in return for drivers granting access to their metrics – such as how frequently they use the car, where they drive, and how safe they are behind the wheel – they could save money on their policy. 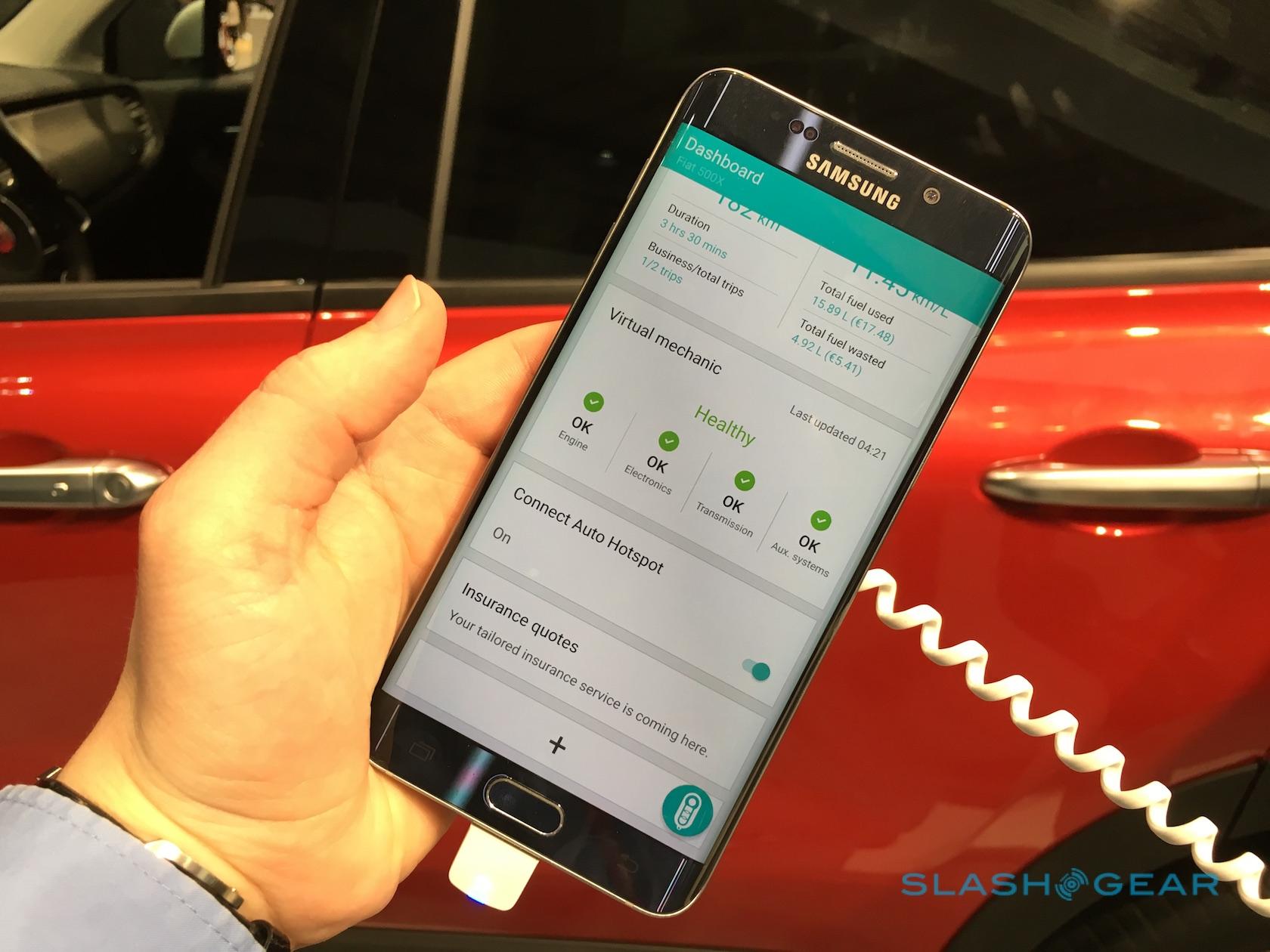 Exactly how much people might save, mind, isn’t being discussed at this point, but other usage-based schemes already offered by select insurers take into account sensible driving by the newly-licensed or those who rarely use their cars. Progressive’s Snapshot, for instance, suggests it could add up to 30-percent savings depending on how the car is used.

NOW READ: What you need to know about Samsung Connect Auto

As for Vinli – one of the existing smart car dongles on the market – while that may count Samsung Ventures as one of its backers, it has no connection with Samsung Electronics, the company tells me.

The two will go head-to-head when Samsung launches Connect Auto in the US come Q2 2016, with pricing yet to be confirmed. Broader availability will follow on later in the year.