How Nintendo Switch made my kids forget about Xbox

Over the past couple months, there’s been a fundamental shift in the way my kids play video games. Before the Nintendo Switch arrived in the mail, my kids played nothing but Minecraft* on our Xbox One. We also had a PlayStation 4, but due to a simple set of reasons, they stuck with Xbox One for the majority of their game time. Again – this was all before the Nintendo Switch arrived on our doorstep.

My family has a PlayStation 4, an Xbox One X, and a Nintendo Switch. We had a Nintendo Wii before my kids were born, but it only really came back out the box once or twice in the last decade due to lack of interest – due in a big way to the extremely low-resolution graphics on the unit when compared to any modern console.

I’d wondered, before we got the Switch, whether the family-oriented nature of the Switch would have any affect on the way my kids played video games. A few months ago, Nintendo provided a review unit with which I could test a few of their newest games for potential SlashGear articles. My kids latched on to the Switch at home almost immediately. 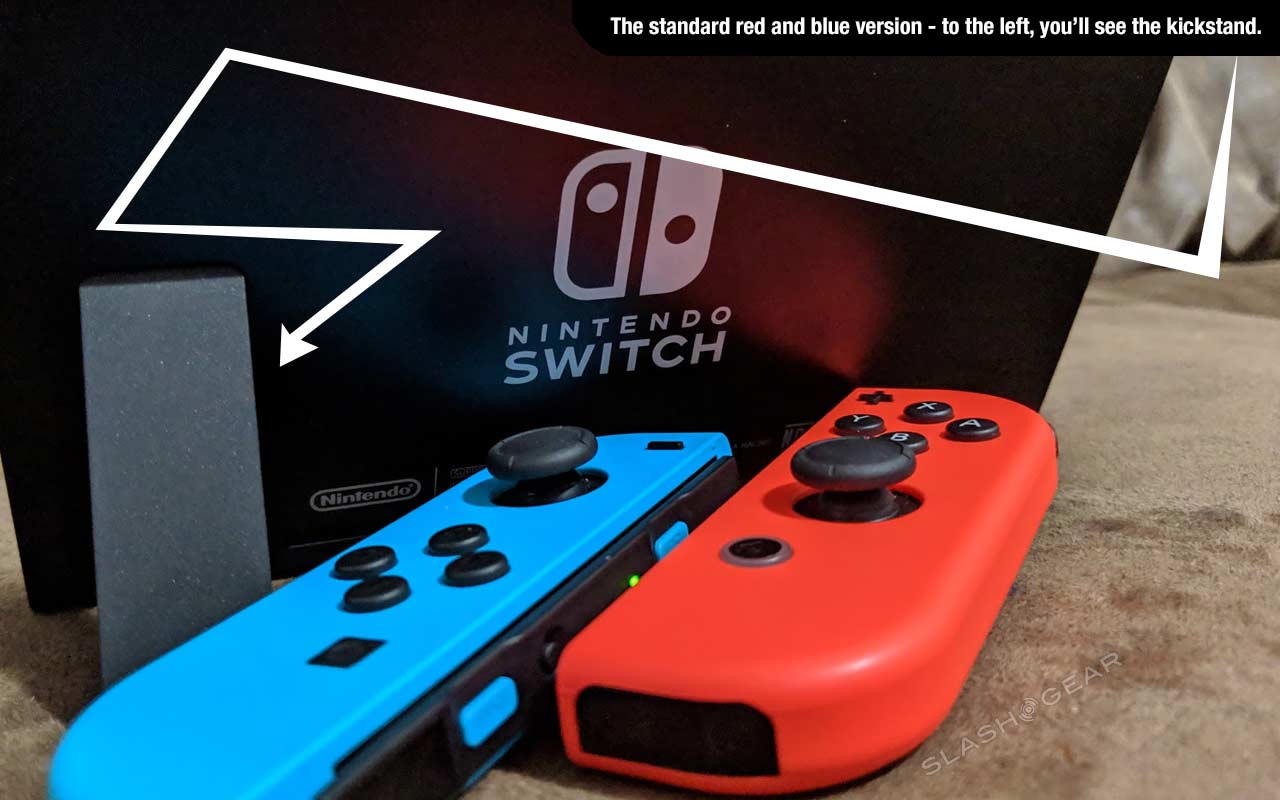 For a kid, the differences between each of the most major modern video game consoles come down to the controller and the software UI. The Nintendo Switch’s controllers attach to the sides of the display on which games can be played – this display can also be docked near your TV, and your TV can serve as the display instead, while the controllers detach and function from your couch.

The controller for the PlayStation 4 (DualShock 4) requires that you plug the unit in for a recharge whenever batteries are low. The Xbox One has a slightly more open nature when it comes to batteries – you can use AA batteries or you can use a custom-fit battery with a recharger dock from a company like Energizer or PDP.

The 3rd-party docking option for Xbox One was simple enough for my kids to use fairly consistently, while the standard USB plug situation for the PS4 ended up with us forgetting to charge fairly often – which generally meant the kids would just play Xbox One instead. 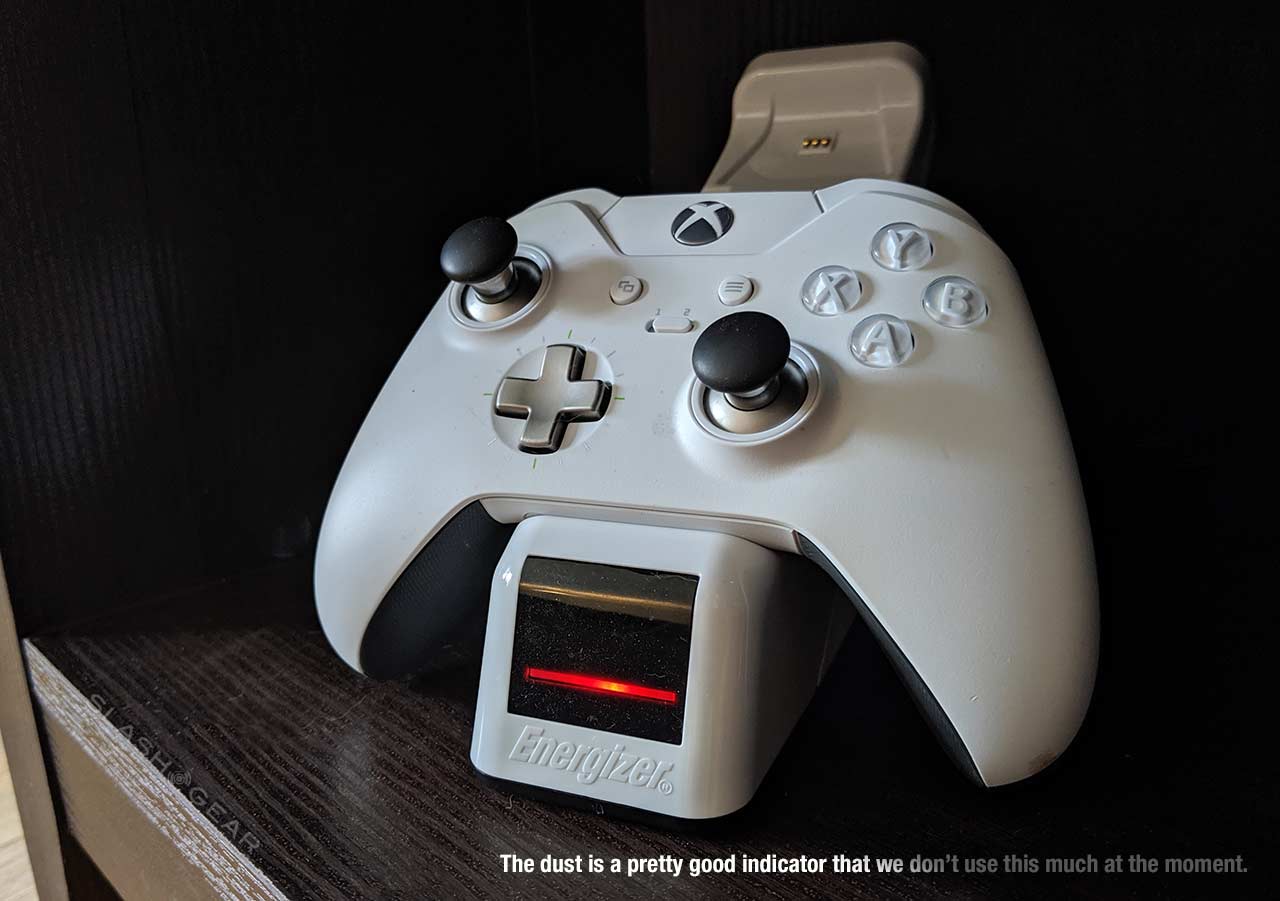 A large part of why kids choose to use one video game system over the other usually has to do with the games that are loaded on one console or the other. If they live in an abnormal environment where more than one console is available, games seem to be the first consideration.

BUT! When one console’s controllers seem to need charging all the time, and another console seems to have controllers that are always charged – guess which console kids tend to choose? 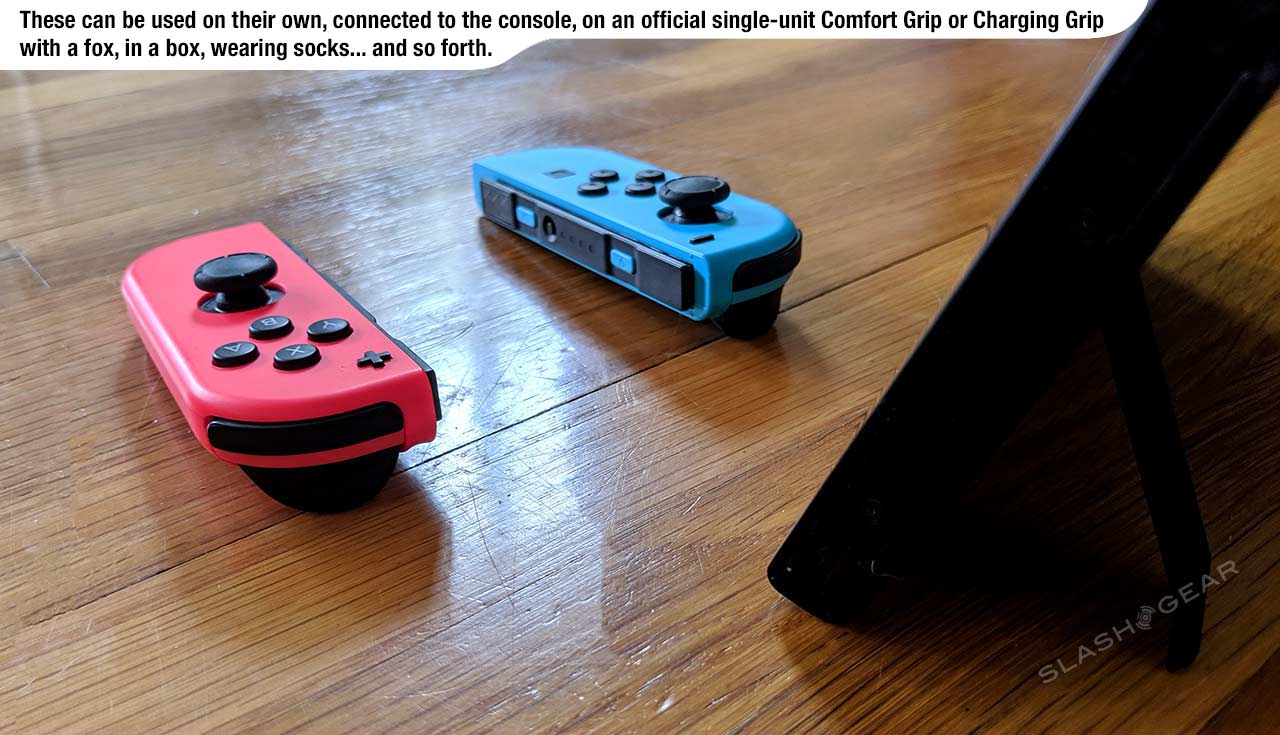 The capacity of the battery in each Joy-Con controller has not had any detrimental affect on the amount of time my children spend using the console.

The industrial design of the console pushes one toward plugging the controllers in to the display, then the display in the dock, almost without fail. Because plugging all the components back into the dock is so simple and feels so natural after one plays a game, the Nintendo Switch stays charged, and gets used because of the seemingly always-charged nature of the system. 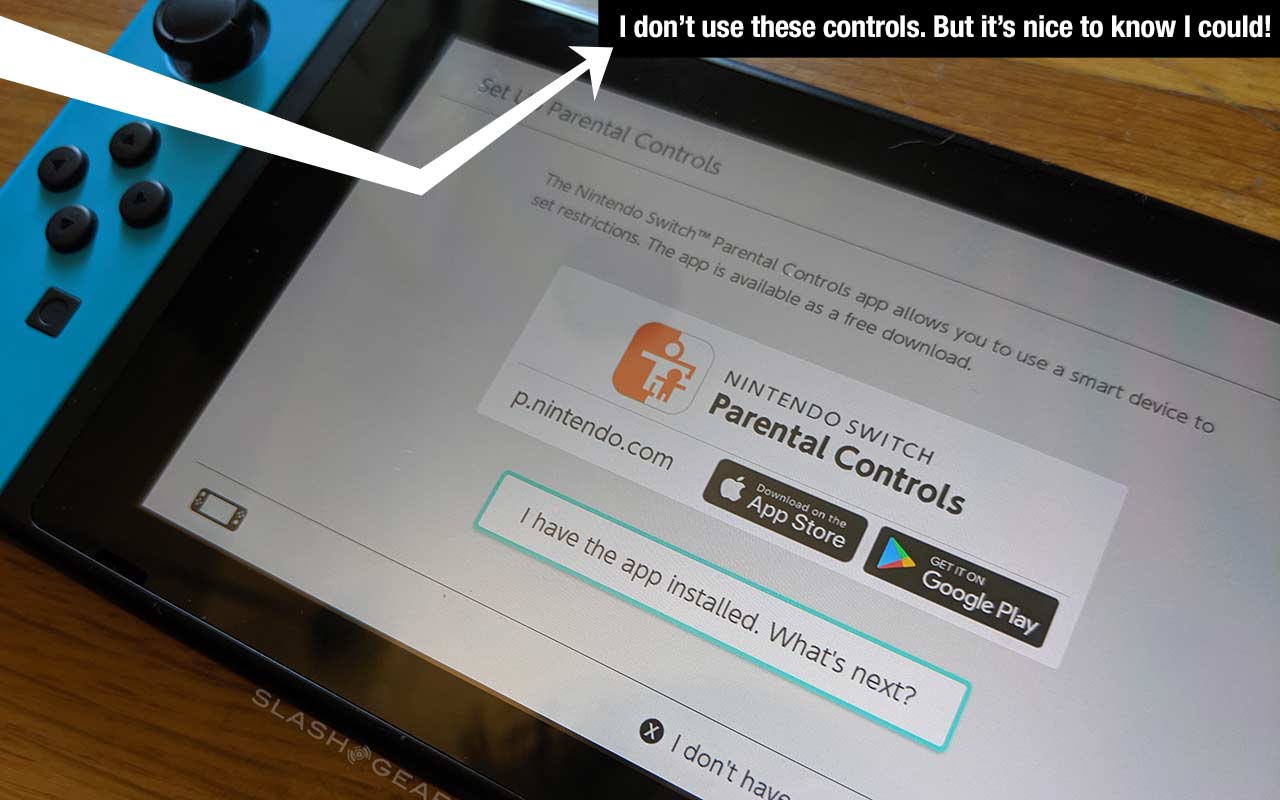 UI made for Kids

The UI presented with the PS4 is simple. It’s always been simple – but not nearly as intuitive as that of the Nintendo Switch. Sony’s system required that I help my kids whenever they wanted to do anything other than play the game first on the list (most recently played).

Xbox One is relatively easy to use for an adult, but for a kid there is just TOO MUCH going on. Microsoft’s model is such that a kid’s first inclination is never to just play the game they’ve most recently played.

Xbox makes it feel natural to explore potential new games! The system pushes my kids to play videos of other people playing video games! It’s not a particularly kid-oriented system, to be sure. Not that it has to be Microsoft or Sony’s job to make a kid-oriented video game system, of course.

Nintendo’s made it their mission to be that sort of company, it would seem. They’ve stuck to their guns when they’ve seen blowback for their family-friendly focus. That article I just linked was posted to SlashGear in 2013, when Saturo Iwata said that he was comfortable with the company’s standing in the market, as commanders of the niche that was casual gamers and families. 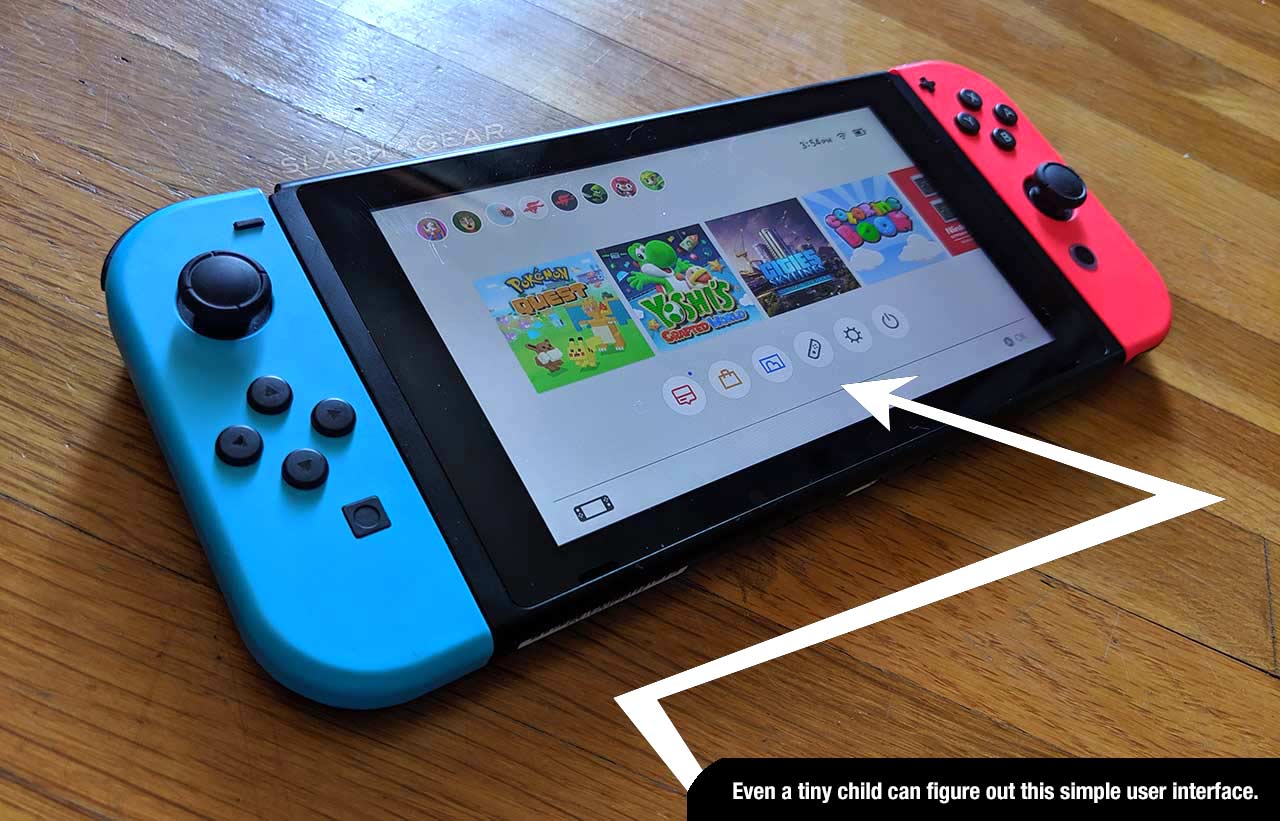 While it’s not a perfect indicator of the health of a company, looking at the stock price for Nintendo over the past 20 years should show how right Iwata truly was. After 2008, Nintendo hit some hard times. After Iwata made that comment, Nintendo’s been on a rather steady rise. Not the sort of nowhere-but-up rise like 2006-2007, not a bubble. But in steps – the sort of steps that mean long-lasting growth.

Nintendo’s software shows a simple user interface that’s easy to handle. All the games and apps are easy to find and open, and there’s no extraneous focus on experiences the user does not already own. I don’t need to redirect my kids away from the store every time they turn on the Switch.

Which console is best? Which is most appropriate?

I don’t even really need to go into the games available on the Nintendo Switch, or the accessories you can buy. Nintendo has games that don’t exist anywhere else that are perfect for kids, and there’s a litany of accessories that make the Switch experience more interesting and full.

But they don’t matter. Not when the console’s hardware and software are made with the family experience in mind.

At this stage of my life, as a father of two young children, if I wanted a video game console and only got to choose one, it’d be the Nintendo Switch. Not just for my kids, but for my family.

*I almost forgot to go back and talk about Minecraft, the single most-played game in this household before the Switch arrived! There remains a rare moment, probably once every couple weeks, when one of my kids chooses to go back to the Xbox One just to play Minecraft. Provided the controller is charged, of course. Such is the power of the game Minecraft.

The Nintendo Switch we’re using today is a review unit, which means we don’t actually own the hardware – it’s just a temporary loaner sorta deal. If I actually owned the Switch, I’d probably just opt to buy the the Switch edition of Minecraft. But until then – all the consoles stay out, forever!