The 21st century dashboard is about more than just a speedo and fuel gage, and Mercedes is looking to blockbuster movie tech to fend off CarPlay and Android Auto. I caught up with the latest in infotainment at the Mercedes-Benz Research and Development North America center with the team responsible for recent concepts like the autonomous F 015 and the shape-shifting Intelligent Aerodynamic Automobile, to find out why a supercomputer-on-wheels is the future of transportation.

Mercedes is no newcomer to the the Bay Area. In fact, it opened its first research and development center in Palo Alto back in 1995, celebrating its twentieth anniversary this year amid rivals only just beginning to lay claim to their own chunk of Silicon Valley.

It’s given the company time to build up a 240 person strong team – along with an ice cream bar – in its current Sunnyvale location, not to mention forging ahead with autonomous vehicles, smartphone connectivity, and cars which communicate between each other and the road infrastructure within which they’re driving.

On the one hand, the development of wireless radios and sensors have outpaced the car industry as a whole. The relentless upgrade cycle of smartphones, for instance, makes in-car infotainment systems seem near-geological in their progress, and it’s notable that the two driving forces that have kickstarted any sort of greater focus among automakers have been CarPlay and Android Auto, handiwork not of their fellows but of infamous disruptors from the tech space.

All the same, there are challenges that a dashboard faces which a smartphone or 2-in-1 notebook does not. Questions of safety when user isn’t keeping the device in their pocket, but occupying it and trying to simultaneously multitask while avoiding a crash.

“The relationship between driver and vehicle has definitely changed,” Arwed Niestroj CEO of Mercedes-Benz research and development in North America, points out. “So our UX and visual designers employ new technologies accordingly to be even more intuitive and personal.” 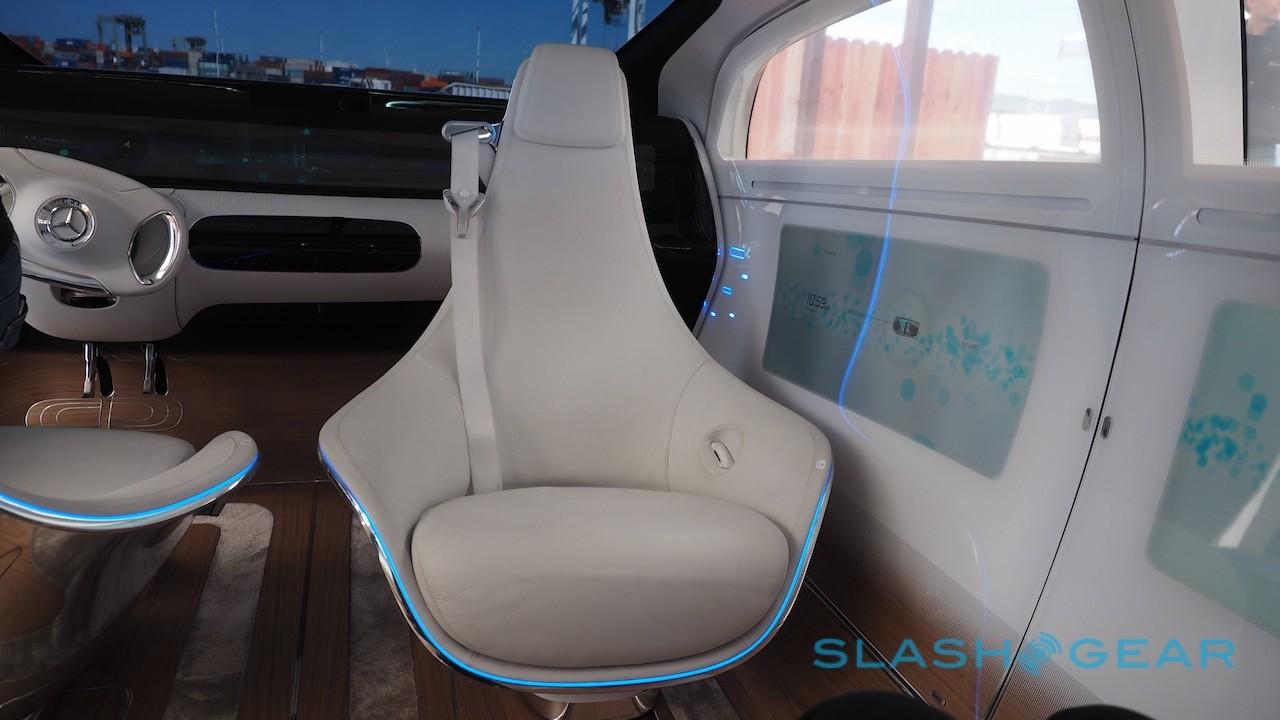 “In the 21st century we have to think about cars in new terms,” Ralf Lamberti, Head of User Interaction & Connected Car at Daimler, agrees. “The car of the future is growing beyond its role as a means of transport: the automobile will ultimately become a mobile living space.”

The most obvious example of that evolving categorization has been the recent F 015 Luxury in Motion concept car, an eye-catching self-driving pod the autonomy of which almost took a backseat to how it previewed a new approach to passenger accommodation.

Addressing the question of what demands the interior of a car that spends at least part of its time driving autonomously might face, it showed how digital and real could be blended to make a more social, more productive, and more entertaining experience.

“How dos the car recognize its surroundings?” Lamberti says of the questions behind the concept. “How does it understand its passengers and how does it communicate with them? The complex algorithms of autonomous driving were one thing. But just as challenging were interface and interaction.”

There’s more on the F 015 Luxury in Motion in our full drive report. 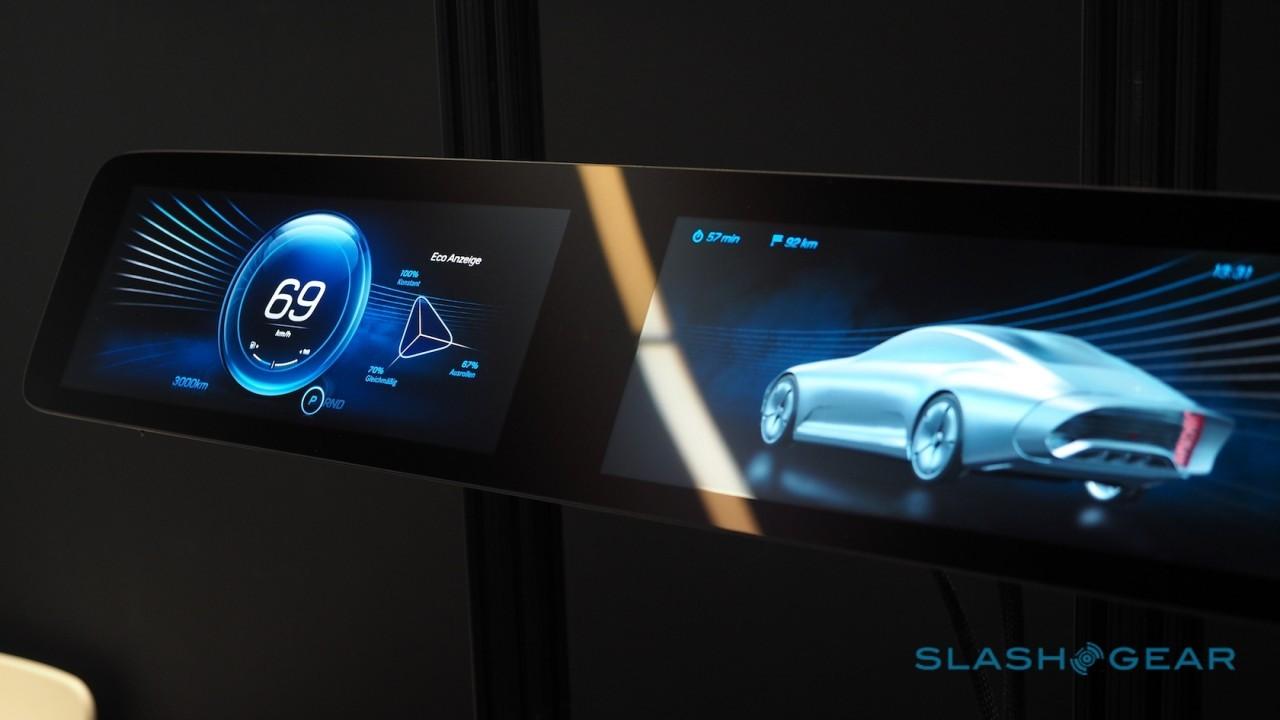 Tomorrow’s Mercedes-Benz probably won’t look like the F 015, and it almost certainly won’t have six vast 4K displays wallpapering the interior. What the company is working toward is less striking visually, but arguably more complex – even if it doesn’t demand ten MacBook Pro to power it.

“We don’t call it big data, we call it smart data, because the car is really learning a lot of stuff and it can derive, it can learn a lot of things from this data,” Lamberti explains.

“Cars and smartphones are the best promoters of individual mobility. It’s only logical that these technologies benefit from each other.” 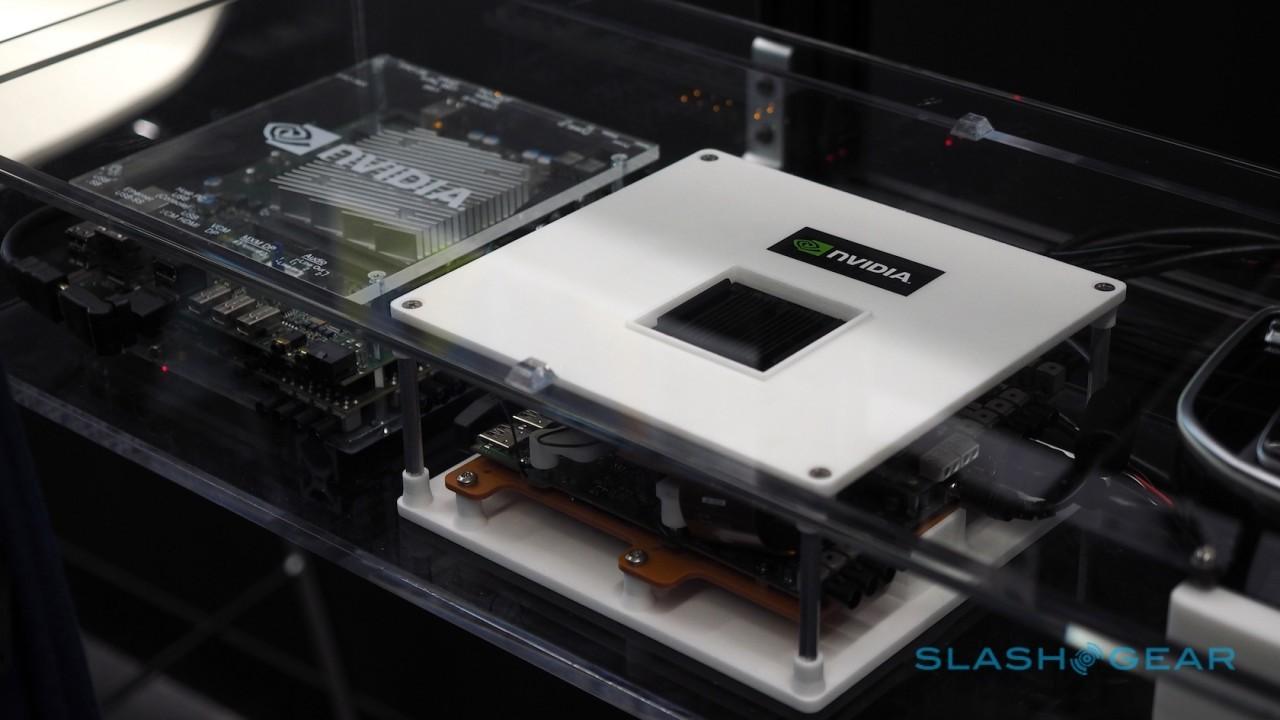 That includes borrowing chips that might be more commonly found inside phones and tablets. For the Intelligent Aerodynamic Automobile concept, which Mercedes brought along to the Frankfurt Motor Show just a few weeks ago, it was NVIDIA’s Tegra X1 powering the dashboard display.

As the silicon company isn’t shy of pointing out, the X1 packs the same processing power as a 2000 supercomputer – and which required 1m Watts – into something the size of a thumbnail that draws just 10W. Hardware alone isn’t sufficient, though, and so Mercedes looked to the movies.

Visual effects and digital graphics software company The Foundry is probably better known for its contribution to blockbusters such as Iron Man, Avatar, and Gravity. “We have a deep experience in how to make things look awesome,” Jack Greasley, head of new technology there, jokes. 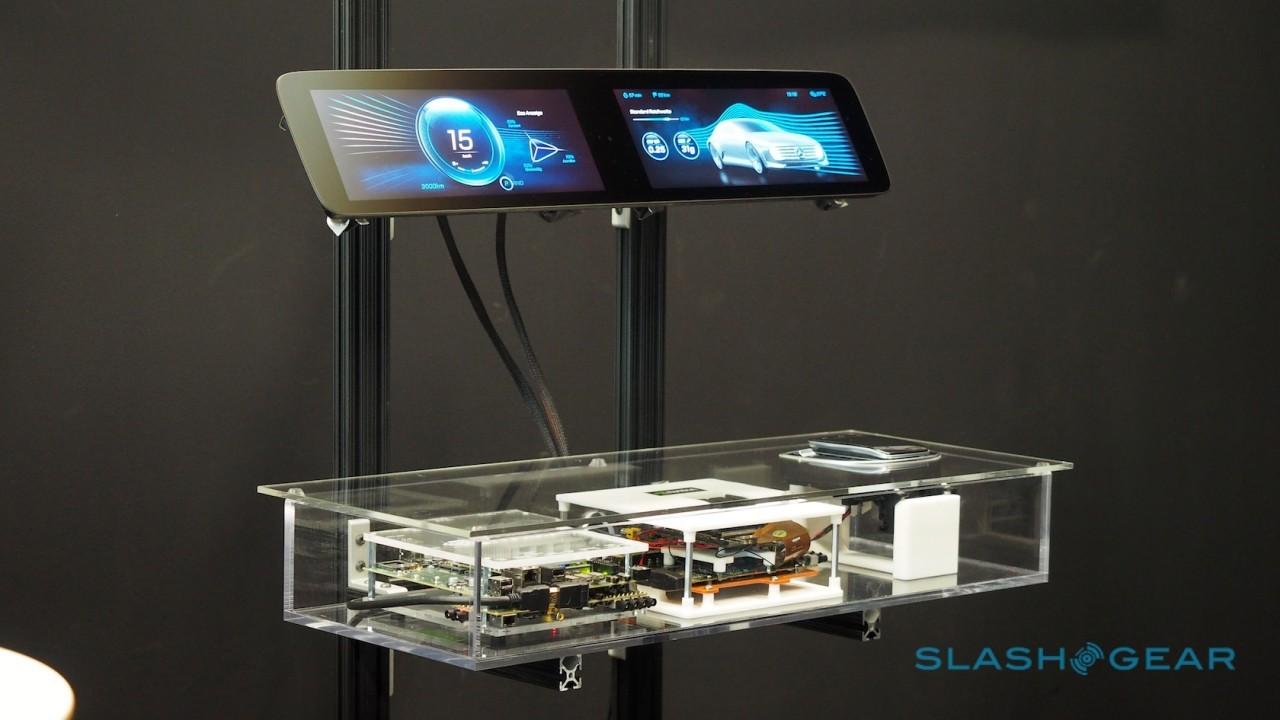 In the case of the Intelligent Aerodynamic Automobile, the particular awesome required was communicating the concept car’s physically morphing bodywork to the driver in a way that was instantly understandable.

Adding to the complexity is the fact that there’s not just one moving part in play. Wheels, grille vents, and more all spin, twist, and flick into place as the car shifts from Design to Aerodynamic modes. Meanwhile, tail extensions slide out to lengthen the car. 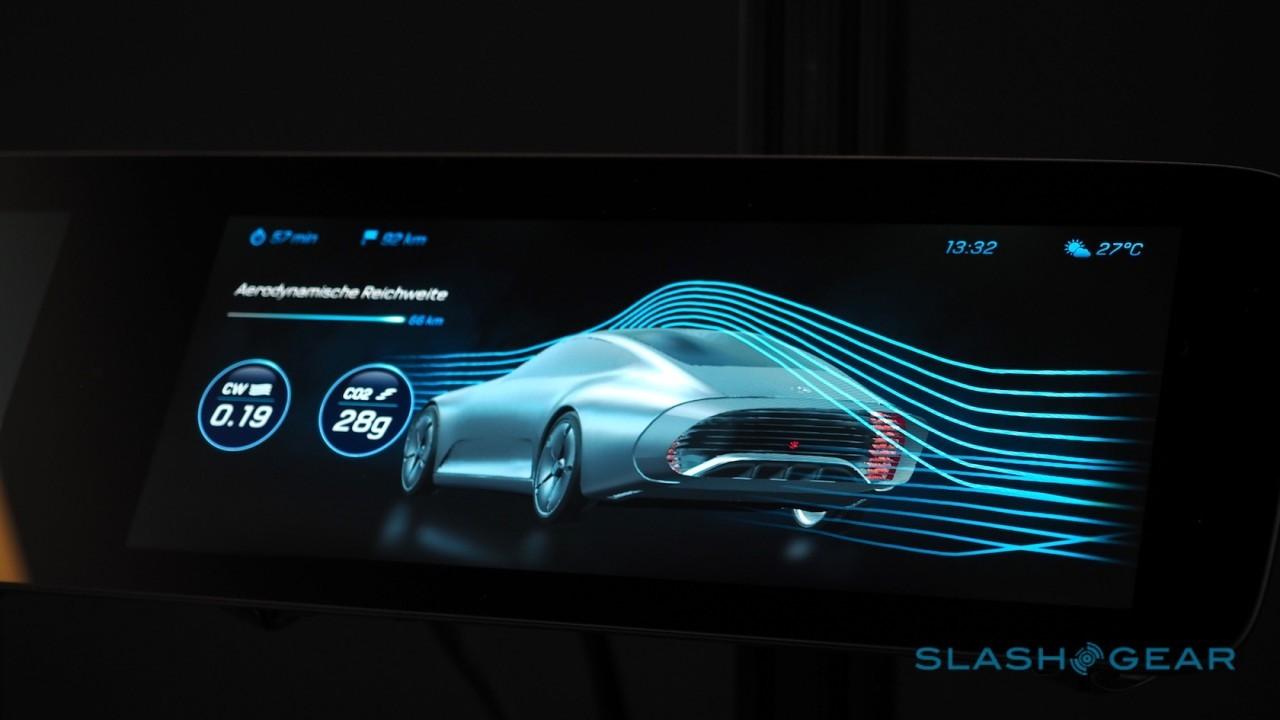 Traditionally, those are the sort of things that might be controlled with a shower of options in menus and submenus, which as well as being confusing could also present a significant distraction to the driver.

Instead, The Foundry along with Mercedes-Benz’s designers came up with a 3D visualization of the car that can be spun around, watched as its real-world counterpart transforms, and explain just what difference that makes to airflow and other factors.

“By making things more intuitive, rather than hiding things in a menu, it means you spend less time in those menus,” Dr. Alexander Hilliger von Thile, principle engineer at the research center says. “There is an expectation that everything is obvious and just makes sense. By representing things with a digital model, you can just reach out.” 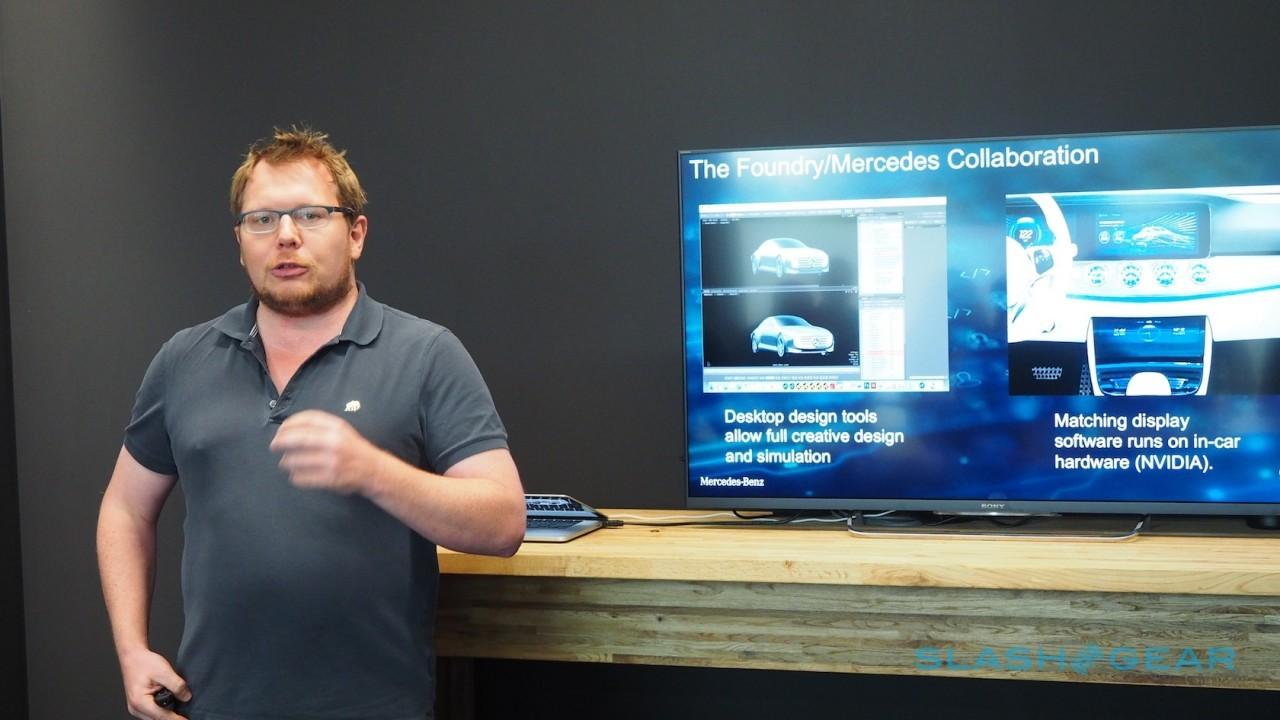 Instrumental to that shift is parity between the designers’ workstations and what’s powering the car’s digital dashboard, on both the hardware and the software sides.

“The hardware in the designers’ workstation and the hardware in the car is effectively the same. Now the software is catching up,” Danny Shapiro, NVIDIA’s Senior Director of Automotive explains. “Previously, once the designer had finished [creating the interface graphics], basically the whole thing had to be recreated from scratch to run on an embedded micro controller.” 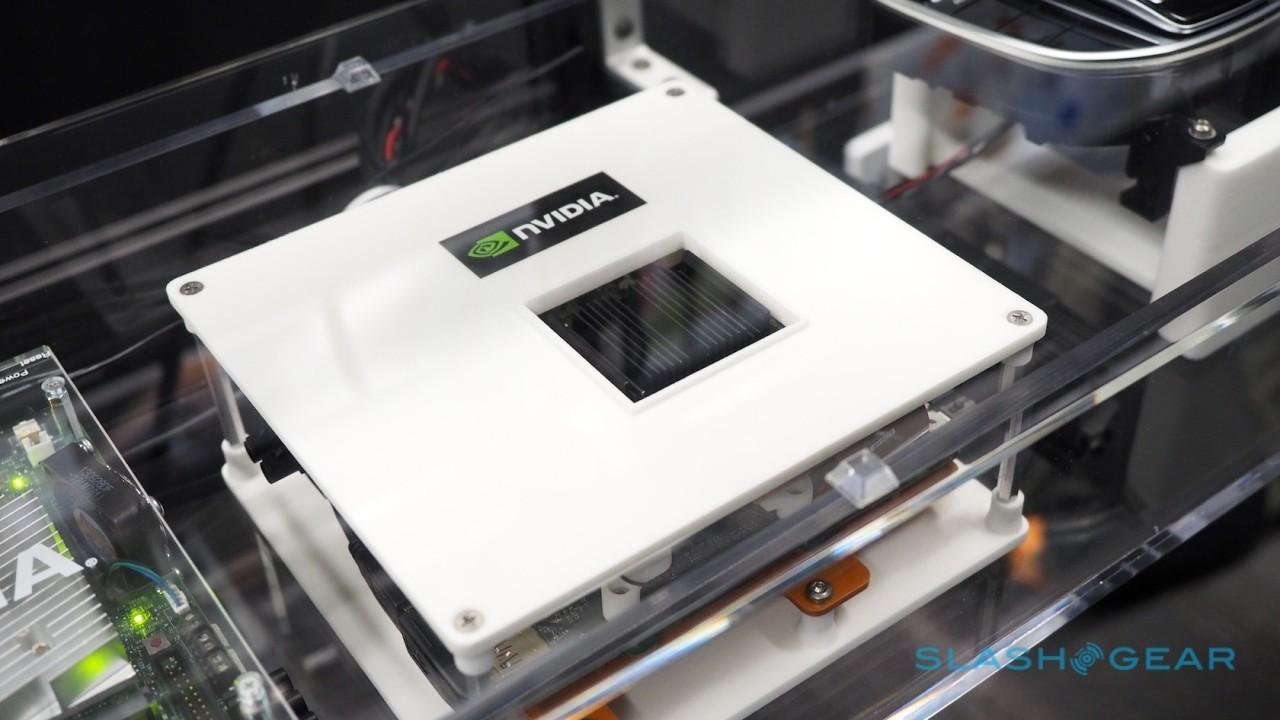 For the Intelligent Aerodynamic Automobile, that meant the car’s Tegra X1 running the same MODO 3D content engine that the designers were using to build the animated interface. Instead of designing in Photoshop or another graphics app, then that artwork being handed over to engineers who would attempt to translate them into digital versions compatible with the car, the designers could simply export from their desktop and import the same file right into the car.

This “shift from automotive time to app time” as Greasley describe it allowed for far more rapid iterations of the 3D graphics: a process that would take weeks or months and involve multiple people can be done by a single person in a matter of minutes. The end result is an on-screen car that can be smoothly spun and zoomed, with bodywork that flexes and extends, and with patterns of airflow and efficiency moving across and around it.

Right now it’s only present in the Intelligent Aerodynamic Automobile show car, with Mercedes declining to say when – or in which model – it might show up in a production vehicle. 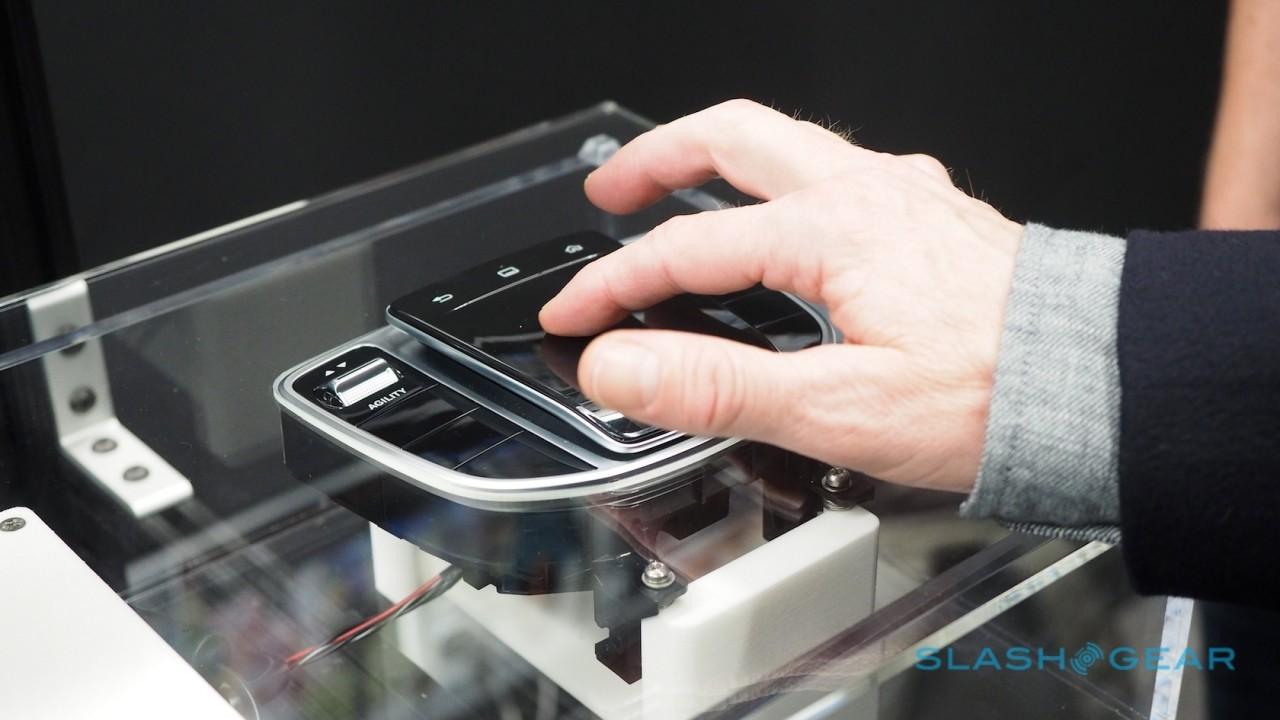 A cynic might argue that this embracing of modern digital workflows has come too late, and that CarPlay and Android Auto will render homegrown interfaces from automakers irrelevant by simply covering them up. While Mercedes-Benz has only announced support for Apple’s system so far, according to Dr. von Thile the company is in discussions with both companies – not to mention raising issues about distraction and usability.

“This is a screen that you’re looking at all the time, but if you look at some of these applications, maybe not designed for this use, we’re watching this right now,” the engineer explains. “We’re actively collaborating on that so that they know our concerns.”

Even as the smartphone-powered interfaces improve and appear in more and more vehicles, that’s not to say they’re guaranteed a clear win over integrated infotainment.

“The reason there was interest in CarPlay and Android Auto is because there was a void in the car,” argues NVIDIA’s Shapiro. As automakers like Mercedes-Benz catch up with high-resolution and smoothly-interactive alternatives of their own, the hope is that some drivers will decide to stick with the native system rather than feel the immediate need to cover it up.