How fast is your new iPhone 6 Plus?

This week there’s little doubt the iPhone 6 hype continues as lines for stores around the United States continue – somehow – to exist. The image you see at the head of this article, for example, was shot at a mall in Las Vegas, Nevada – all in line for the iPhone 6 Plus well over a week after launch. Not that they’d been standing there that long, but a new shipment was set to arrive that day – you can’t make this up!

Meanwhile those that have their iPhones in-hand might be wondering: what’s new about this thing? Besides the size, that is. 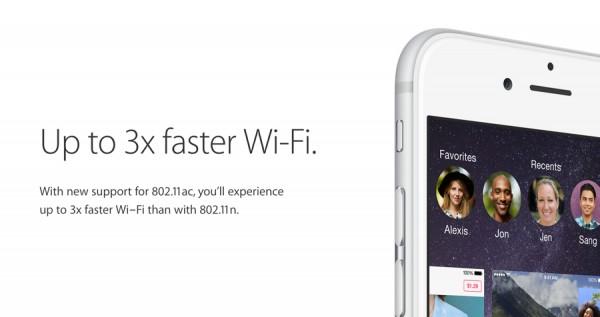 Below you’ll see a visualization of a set of tests done by iClarified. They show downloads going just about 2.5x faster on the new iPhone 6 Plus than the iPhone 5s. That’s with the same signal, same router, hitting the n or the ac Wi-Fi.

Sound like a good enough reason to pick up an iPhone? The following smartphones (all on the market today) also have 802.11ac connectivity.

Let us know if you’ve got a phone, tablet, or otherwise that runs with Wi-Fi 802.11ac – and let us know how quick it is while you’re at it!