When we first heard about the developers behind Horizon making an effort to allow users have always-horizontal video recording with the iPhone, our immediate wish was that there was also an Android app. Here we’re able to open the Horizon app, record video, and have no worries about recording with the camera in vertical or horizontal mode. The videos themselves always come out in landscape.

While we’re in an age where it appears to be just as acceptable to produce a video that’s vertical as it is horizontal, there’s a lot to be said for the fact that televisions and movie theaters don’t produce such media. For them, there’s Horizon. This app is being released for a buck ($0.99 USD), for the moment, and works with iOS 7.0 and higher. Meanwhile just about every iOS device ever invented (to a point) is on the list for compatibility.

This app works with photos as well – you’ll be able to hold your device any angle, as well. You can hold your device horizontally and vertically, but also at a variety of angles, for both video and photos. 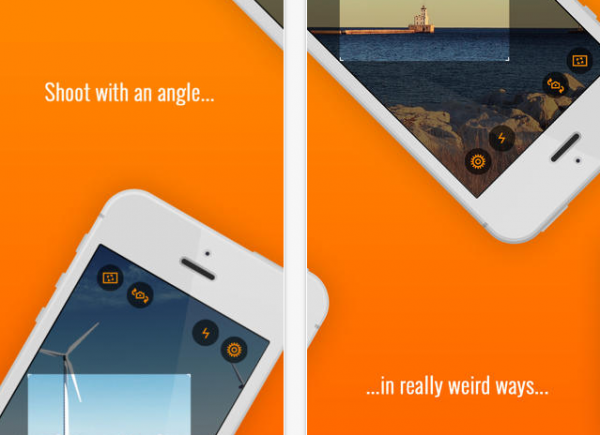 Have a peek at the app right this minute and see how well it functions on your device. We’ll be having an extended look at it on the iPad Air as well as the iPhone 5 and iPhone 5s this week. So far so good!