This week the folks at HONOR revealed the HONOR View40 at a live streamed event in China. This device is the first major release of the year for HONOR, and one of the most extravagant devices released by the brand thus far. The HONOR View40 works with a waterfall cured 7.72-inch OLED display with a resolution of 2676 x 1236 pixels.

The HONOR View40 smartphone’s display is 10-bit (8+2-bit) with OLED tech, delivering over 1 billion colors directly into your face. This device’s display works with a 120Hz image refresh rate with up to 300Hz touch response. This panel covers the entirety of the DCI-P3 color space and works with HDR10 support.

Under the hood, this device has a 4000mAh battery with the ability to charge at a great speed, thanks to 66W SuperCharge tech. The battery in this device can charge up to 60 percent capacity in approximately 35 minutes – that’s swift! That’s wired charging – wireless charging is here too, at up to 50W (allowing up to 50 percent total charge in approximately 30 minutes).

The processor inside this machine is a MediaTek Dimensity 1000+ (SoC) with GPU Turbo X and Hunter Boost optimizations – we’ll see what that’s all about when we review the device in the near future. For now, HONOR suggests they’ll bring power to the gaming environment in this machine. 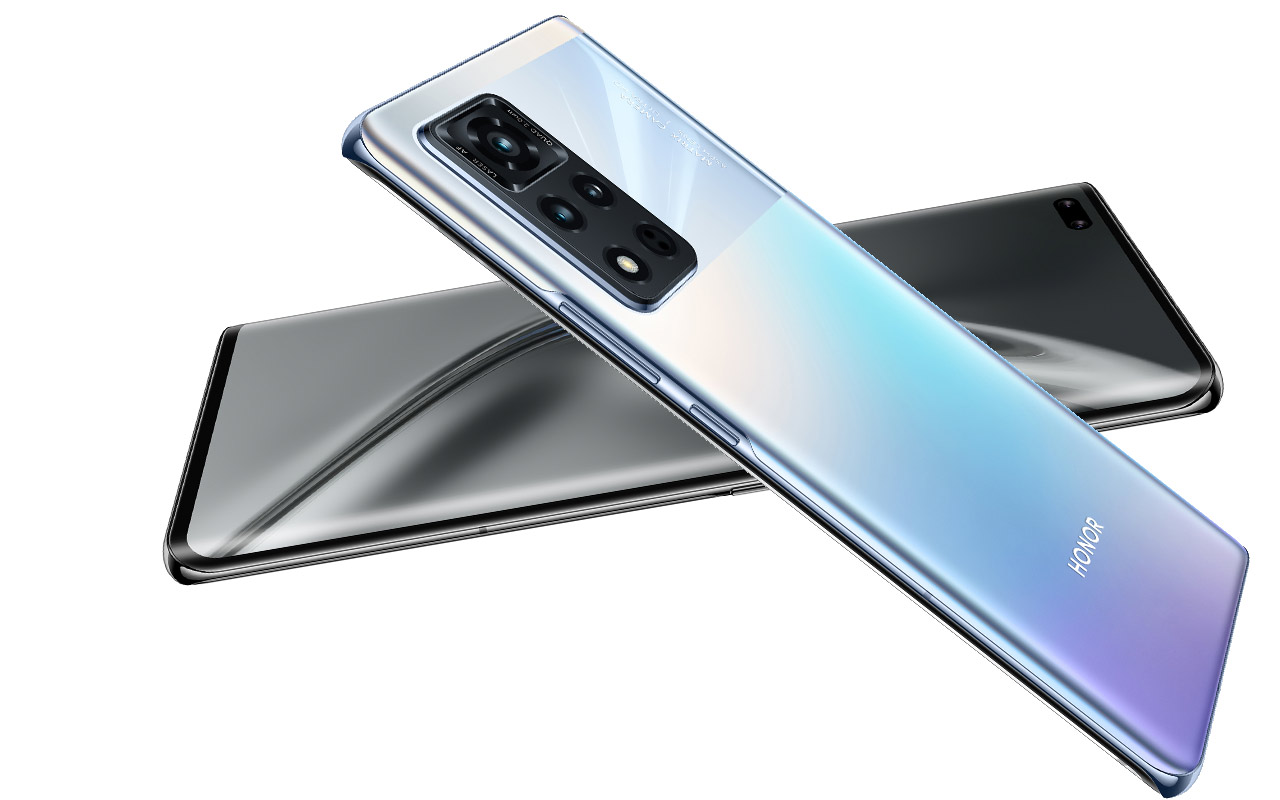 This device also has NSA/SA 5G connectivity with a dual-SIM tray for switching. This device also works with an infrared port (for controlling your television) and always-on display. You’ll have NFC, multi-window multi-tasking, and a variety of sensors. Sensors include proximity, ambient light, gravity, accelerometer, gyroscope, compass, and fingerprint sensor (under-display, optical).