If you want connected home security, Apple’s HomeKit framework is pretty sparse. It’s one of the weak-points of the platform. The only officially listed ‘security’ device for HomeKit is Honeywell’s Lyric Controller, but it’s not available yet. There are plenty of other options available for DIY home security, but they don’t work with HomeKit. It’s a conundrum, but there’s (sort of) a fix. Instead of a proper security system, you can patch one together using cameras and sensors. It works, too – maybe even better than bespoke systems.

The core of my patched-together HomeKit system is D-Link’s Omna 180 Cam HD. Mounted in the kitchen, it watches the entire bottom floor of my home. With one camera, I see all entry points and windows. Blind spots just don’t exist.

D-Link’s camera is a small, sturdy unit that looks best on a shelf. It lacks the ubiquity of a Nest camera, which can be wall-mounted, something I’d like to see from D-Link. Even if this required a sleeve to fit its cylindrical shape, I think more people would be enticed to buy it. I was lucky enough to have room atop my cabinetry. Others may not have that luxury. 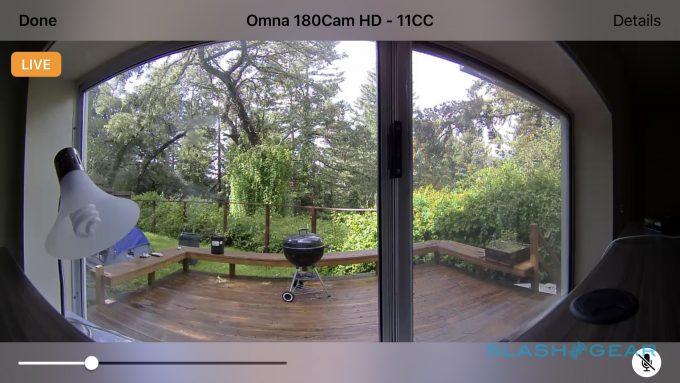 In-use, the camera performs well. There’s very little lag (think milliseconds) when viewing in real-time, and the included microphone is a handy tool for monitoring kids or animals.

But I’d not recommend using the microphone to tell thieves you’re watching them. D-Link doesn’t have a cloud service for the Omna 180 Cam HD. All recording is local; you’ll need to slip a microSD card in the rear of the device if you actually want to record. If a thief heard your voice through the camera, they might just snap the camera off the wall and steal it along with the SD card you’re recording to.

The positive takeaway to local recording is that you don’t have a subscription to pay for. Whatever an SD card costs you, that’s what you pay for on-demand playback – a one-time fee, too. In the accompanying app, you can choose to view recordings by date.

D-Link also included motion detection, though it’s not quite as customizable or sensitive as some others. Still, it’s peace of mind away from home.

Perhaps the most convenient feature is the ability to view a live feed in the Home app. It offers basic functionality like activating the microphone and controlling volume (pinch to zoom is available in the Omna app). It helps when your learned behavior to motion-detection alerts is to open the Home app, and incredibly useful when that alert is nothing more than a bored dog standing on the kitchen counter. 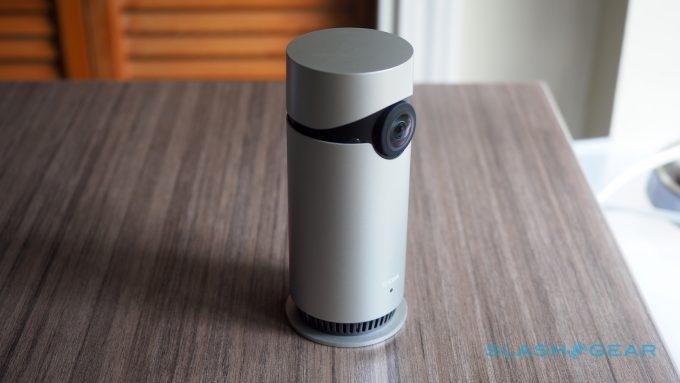 Away from the camera, you’re left with door and window sensors. Depending on your home, these may not be necessary. The D-Link camera sees everything on the ground floor, so the sensors on my upstairs windows aren’t necessary. If I had a single-level home, I might find more use for them.

If that were the case, I’d likely just get more cameras. D-Link’s Omna 180 Cam HD isn’t cheap at $199.99, but I’d much rather have a camera than sensors. It’s easy to imagine an intruder sneaking into a window towards the rear of a home where the camera never picks them up. I have sensors on downstairs doors, but they’re redundant with the camera watching everything.

In a surprise twist (for me), Siri can be used with the D-Link Omna. A simple “Hey Siri, show me my Kitchen camera” command opens up the ‘Kitchen’ room in the Home app. It doesn’t launch right into the camera itself, but that’s fine. The D-Link is also useful for home automation. If you had a HomeKit enabled switch, it could be in the ‘off’ position until you left home. Truer home security for those who are home often.

Home security via HomeKit is possible, it’s just not quite as prolific or direct as you’d hope. If the table-top cylinder doesn’t work, Logitech’s Circle 2 is your next best bet. The indoor-outdoor camera seems to be a Nest wannabe, which isn’t bad. It also offers up subscriptions if you feel more comfortable with cloud-hosted 14 or 30-day recording. Netatmo also announced it was adding HomeKit functionality to its cameras.

Still early days for HomeKit security, we expect more products to start supporting it in the near future. At WWDC 2017, Apple announced a much simpler way to pair products for use with HomeKit, which opens up the platform in a big way. With that move, there’s no reason Scout and others shouldn’t weave HomeKit functionality into their own home security kits. Even then, a few cameras may be abetter option for you, and my experience with the D-Link has been wonderful.