Microsoft has brought out its HoloLens augmented reality headset for another demo, this time courting business users at the company’s WPC 2015 conference. Tailoring the presentation for the enterprise audience at the annual Worldwide Partner Conference, Microsoft brought out Autodesk to show how being able to mix virtual graphics with real-world objects could help teams collaborate more successfully around the world. Since actions speak louder than words, that involved a racing motorbike and some clever virtual bodywork.

As with previous HoloLens demos, Microsoft used both a team member wearing the AR headset but also a roving camera that allowed the audience both at WPC and watching the live-stream to see the same visual effects.

While it started out at an Autodesk terminal, the demo really got going when HoloLens turned to the framework of a motorbike on-stage. Shimmering into place like a hologram from Star Trek, bodywork rippled out to cover the frame.

So far, so HoloLens, but after that Autodesk overlaid messages and comments from other team members around the virtual form. 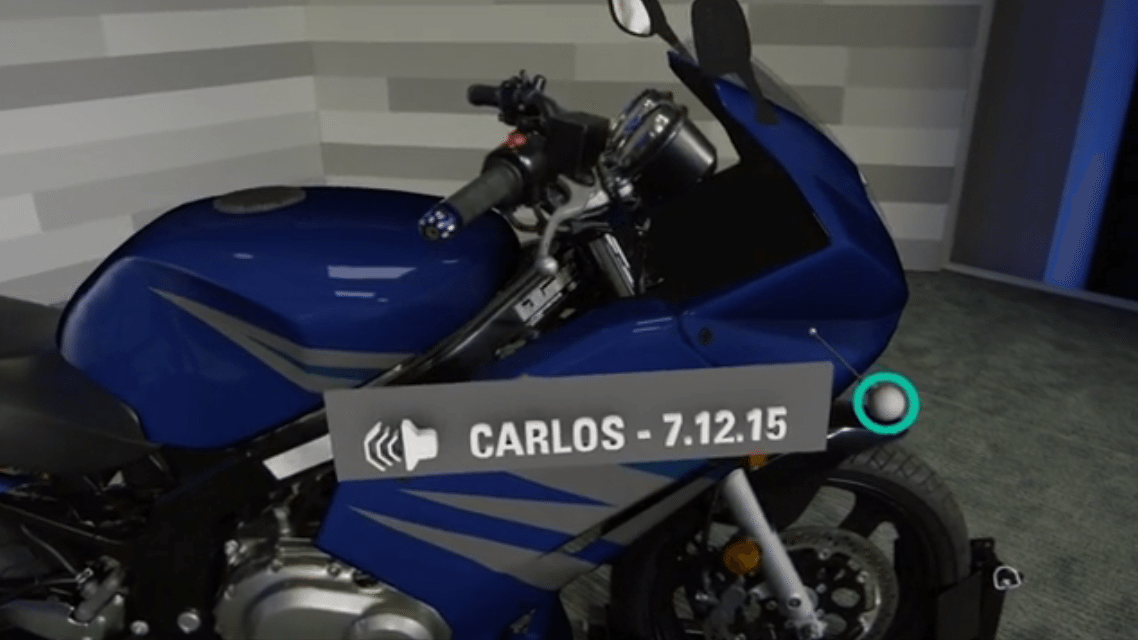 That includes sight-lines showing where the different participants were paying attention to on the model when they left their comments, making it easier not only to gather feedback to to pinpoint where it relates to. 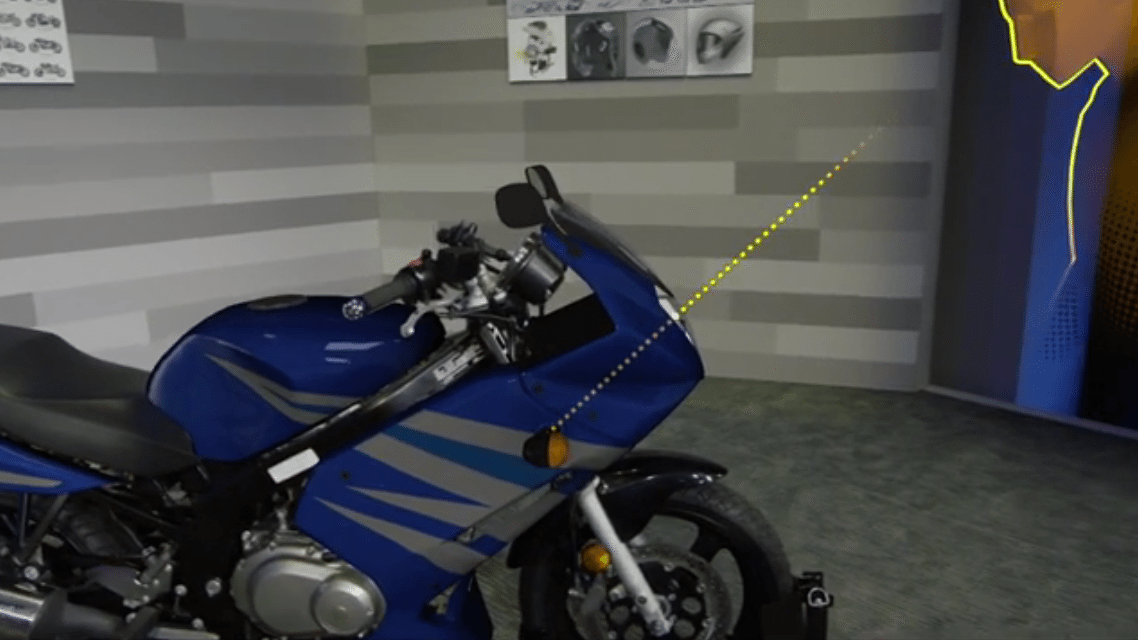 “Up to now we’ve thought about computing mostly as these mirror worlds, where we try to model in digital what we see in the real world,” Nadella said following the demonstration. “For the very first time we’re going to have a computer which is going to allow us to mix the digital and the real, these mixed reality worlds.”

Still, it’s worth remembering that – in its current form, anyway – HoloLens only gives a fairly limited view into those mixed reality worlds. Thanks to the limitations of the transparent displays, the portion of the scene around you over which HoloLens can place digital graphics is relatively small.

Microsoft is yet to say exactly how production headsets might vary from the development prototypes it has been showing off, or indeed when commercial models might ship.