With an iOS 8 update (yeah, another one) coming sometime soon, Apple Pay is set to make its debut. Believed to hit right around October 18 — like, the time OS X Yosemite rolls in — Apple Pay will let iPhone 6 and 6 Plus users pay for good with a tap of their phone. Training materials seem to have been leaked, and show us a bit more about how Apple Pay works, and what we can expect to see on our phones.

Apple Pay seems to do one thing, and that’s partition Passbook. A new tab in Settings will handle the heavy lifting for getting cards onto your device, but what you see on the front end is a new-look Passbook. A new welcome screen offers you access to credit cards, or your passes, like the one for the Apple Store.

You can store up to eight cards in Passbook/Apple Pay, and when deciding on a payment method, you will find the same scrolling interface you’re used to with Passbook. The gallery below is courtesy of 9to5Mac, which have been fed quite a bit of detail about Apple Pay. 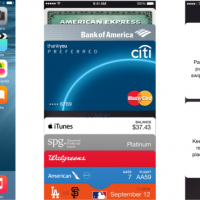 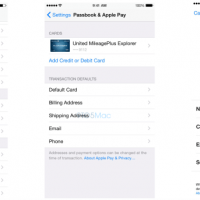 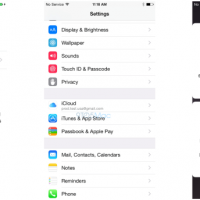 Adding cards is simple, and mimics a feature we’d heard was coming for Safari in the ability to snap a picture of your card. Using your device camera, the credit card details will be automatically added to Apple Pay.

It’s also important to remember that while the type of card is shown, the info isn’t. Via Passbook, you’d see an image of your card, but the actual details (like card number or expiration date) won’t show. All that info is stored on the iPhone 6 secure element.

More than a payment method, Apple Pay will also show you recent transactions. If you like, you can also see your credit card details via settings, too.

All told, it’s a fairly well designed system, but it lacks one thing: support. Apple Pay seems to do it better than other mobile payment systems before it, and the familiar Passbook reliance is smart, but widespread NFC payments at the point-of-sale terminals has never occurred. If Apple can inspire that to happen, Apple Pay really will be a success.