Nobody quite does luxury and performance like Bentley. The company’s legacy of Bentley Boys, flogging their supercharged cars from road race to road race in the 1920s, has been given the knowing nod by special-edition cars from the marque for decades now, but never quite so comprehensively as the 2015 Mulsanne Speed. Taking the flagship spot at the top of Bentley’s range, and doing so with no shortage of style, performance, and better-then-first-class accommodation, it’s not only powerful but packs a serious degree of tech behind the several hides-worth of leather. I hid my press badge and pretended there was more than just dust in my wallet to find out more at the Los Angeles Auto Show this week.

Outside, a regular Bentley is imposing, but even the company’s more affordable – relatively speaking – Continental and Flying Spur models start to look a little weedy next to the Mulsanne Speed. Finished in the metallic grey of the show car it’s a battleship, and the smoke-finish stainless steel grille, lamps front and rear, and side vents (with matching “Speed” badging) give it a mean look we’ve not really seen in Bentley since the days of the Arnage T and Continental T. 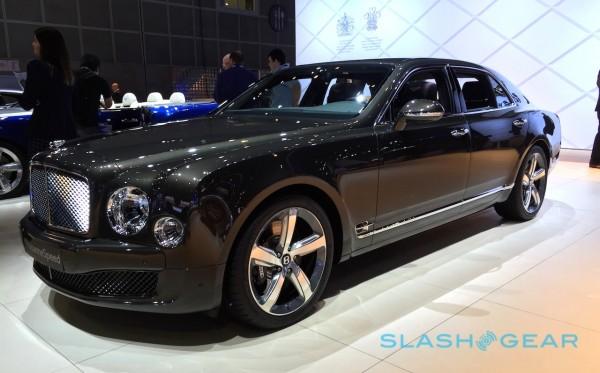 21-inch wheels – exclusive to the Speed – and rifled tailpipes fit the mood nicely, while the flying-B logo drops down into the hood for safety or in the case of a collision. Bentley has a massive 125 paint colors to choose from, including the standard and extended ranges, or will happily match anything you bring to them.

Inside, the cabin is a masterclass in quality, with a few discrete nods to the company’s heritage. The Mulliner Driving Specification interior, an option on the Mulsanne, is fitted as standard to the Speed variant, with diamond-quilting to the leather on the door panels and seats, hide headlining, Bentley logos stitched into the headrests, drilled alloy sports pedals – which are incredibly chunky and instantly make you want to stamp on them – and knurling to the gear lever among other metalwork. 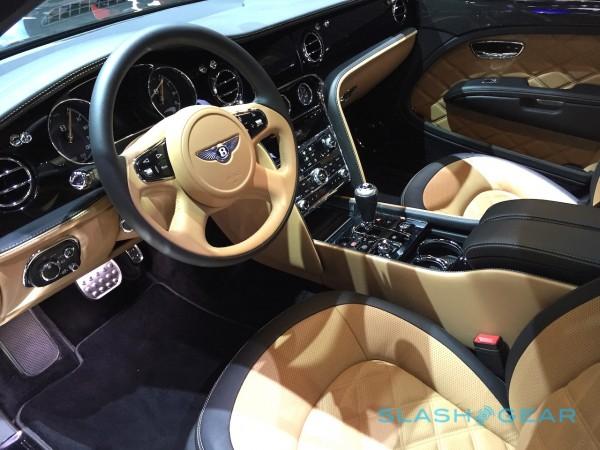 As well as the usual wood veneers, there’s optional carbon fiber trim, while the analog speedo and tach counter are inverted – a hint of the classic Bentley grand tourers coming through – and flank a large LCD. A second screen flips into view in the center console when you hit the engine start button.

There’s no shortage of buttons, Bentley opting for dedicated controls over an all-in-one navigation system like Mercedes-Benz’s COMAND or BMW’s iDrive. A dedicated drawer in the middle of the dash holds your phone, with interchangeable sync cables for hooking it into the infotainment system. 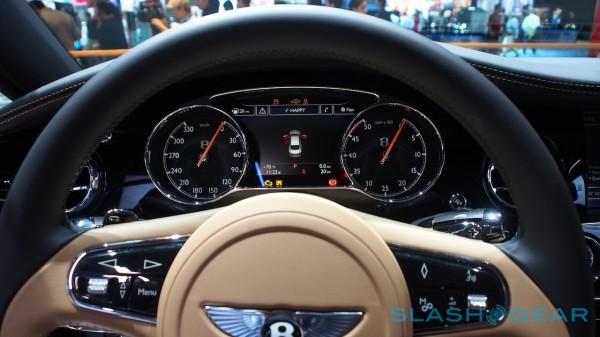 What I couldn’t do was take the Mulsanne Speed out of the convention center and try it on the roads of Los Angeles. That’s probably a good thing, given the sort of performance the uber-sedan offers. 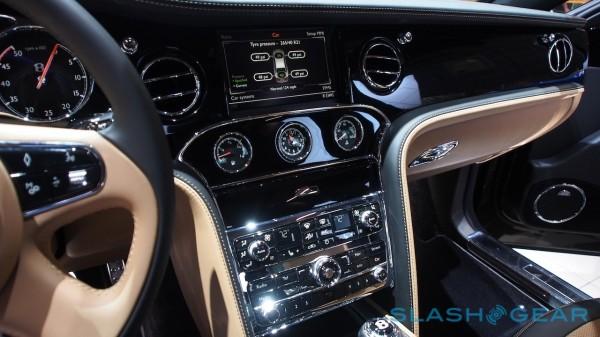 Bentley expects Mulsanne Speed owners to spend more time behind the wheel rather than in the rear seats, unlike their “regular” Mulsanne counterparts. Still, that’s not to say the back is an underwhelming place to find yourself, whether you’re hoping to rest up or get some work done.

There’s obviously more leather, and more diamond stitching. Optional in the show car Bentley had brought along were the two 8-inch displays in each of the headrests, which work with Bluetooth headphones if you’re not wanting to enjoy the 2,200W Naim for Bentley audio system, the twenty speakers for which are trimmed in eye-catching chrome. 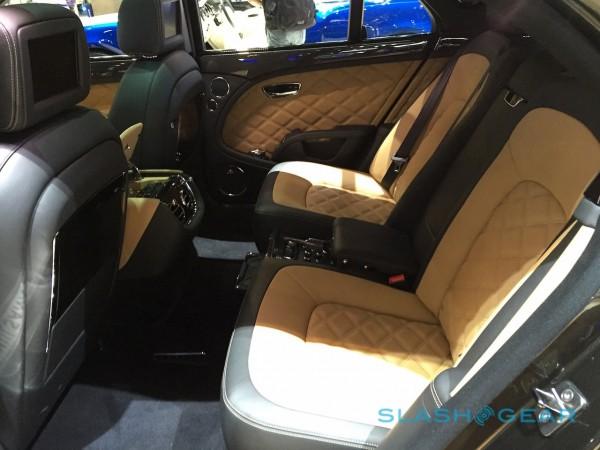 In fact, there’s chrome all over the cabin, blending classic design with the luxury features. The organ-stop vent controls are true old-school Bentley, but the power-adjustable, heating, cooling, and massaging seats are bang up to date, controlled with (yes, chrome-trimmed) buttons and switches under a leather panel in the rear center console. 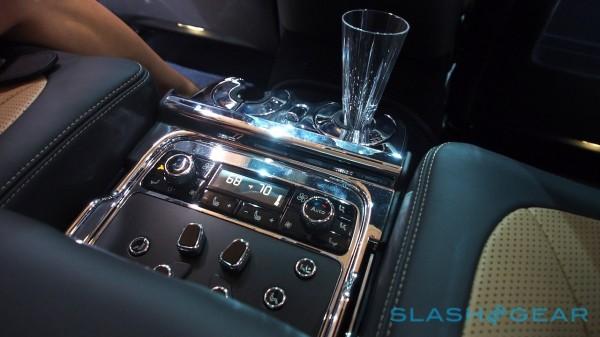 Pull down a panel between the seats, meanwhile, and there’s a fridge there – the frosted glass door whirs open electrically at the push of a crystal button – with an optional set of crystal champagne flutes and room for a bottle of bubbly or two. Bizarrely, the flutes are each designed to match the Mulsanne Speed’s exclusive wheel finishes outside. Arguably more useful is the fact that, rather than anything so mundane as a regular cup holder, you get a pop-out champagne glass holder instead. 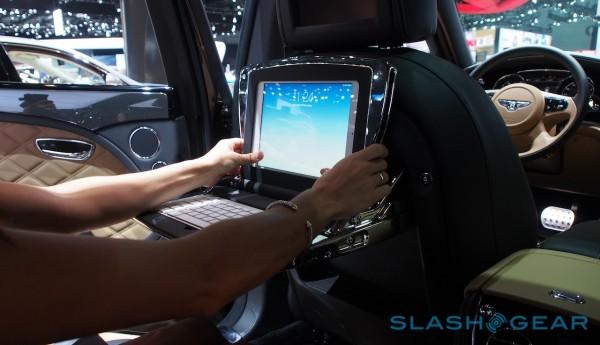 It all looks classic Bentley, with a degree of attention-to-detail and finishing quality a few steps above even what other would-be-luxury sedans would aspire to. Yet behind the scenes there’s WiFi hotspot functionality and a 60GB hard-drive for movies and music on the go, while the tray tables – motorized, naturally – also power up to reveal an iPad Air 2 dock and Apple Bluetooth keyboard.

I will never, ever, be able to afford a Bentley Mulsanne Speed. Sticker price – as much as you can coax a starter figure out of Bentley, at least – is around $340,000, but that’s before you get anywhere near the options list. That fridge and matching champagne flute trio? Expect to pay almost $11k for it. Replacing the standard 14-speaker audio system with the Naim version, adding the iPad docks in the motorized tables, and integrating the headrest screens comes to more than $28,000. 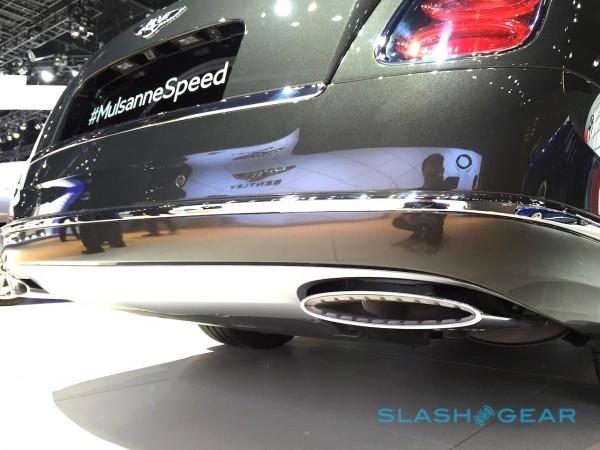 In short, $400k+ is an easy target – the show car heads north of that, certainly – and that’s when you stick to Bentley’s own options. Go the bespoke route, getting the company to match paint color to a much-loved hue, or to dye the interior leather a particular finish, or just to add in a set of perfectly-fitting luggage, and the sky is effectively the limit.

Still, it’s cheaper than a yacht. 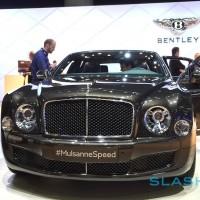 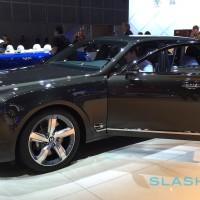 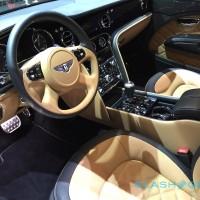 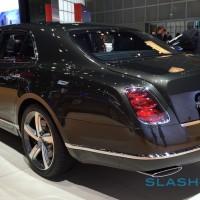 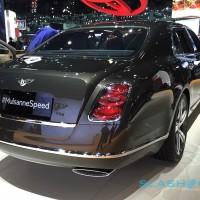 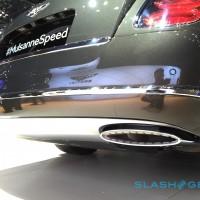 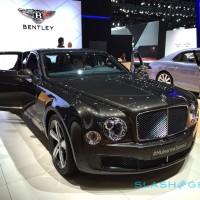 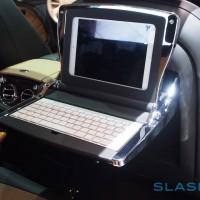 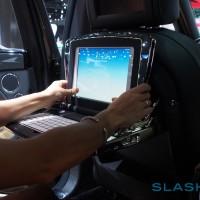 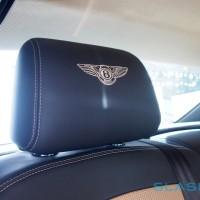 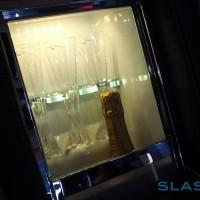 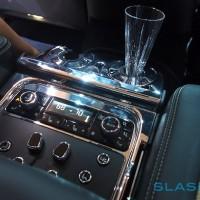 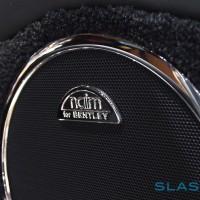 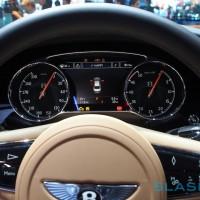 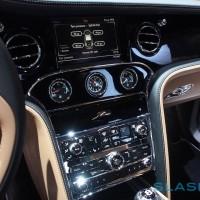 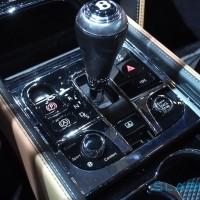 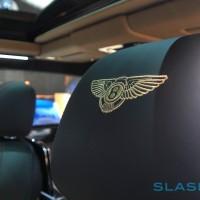 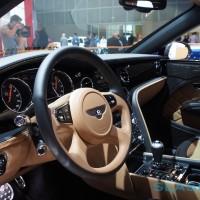 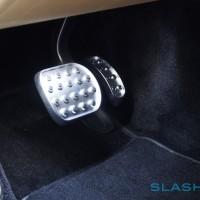 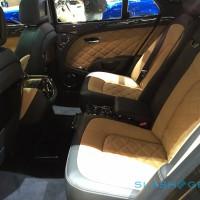