Hearthstone’s new set may bring back some classic combos

The Hearthstone expansion “Rise of Shadows” has a quickly impending release date, and today we’re getting to know what the set will contain. Inside the mix provided by this set are a couple new sorts of cards, new artwork, and new 1-player content. But what I’m most interested in right now is the return of some cards and features in the form of “callbacks.”

“As if brains and brawn weren’t enough, their bag of tricks also includes callback cards,” says the official press release for this new set. These cards feature “effects that pay homage to the Hearthstone sets that the League of E.V.I.L.’s masterminds hail from.”

Another document from Blizzard suggested that this set’s villains “have been around for a long time,” and that because of this, “some of their cards may feel a bit… familiar.” The first example given is that of the card “Forbidden Words.” 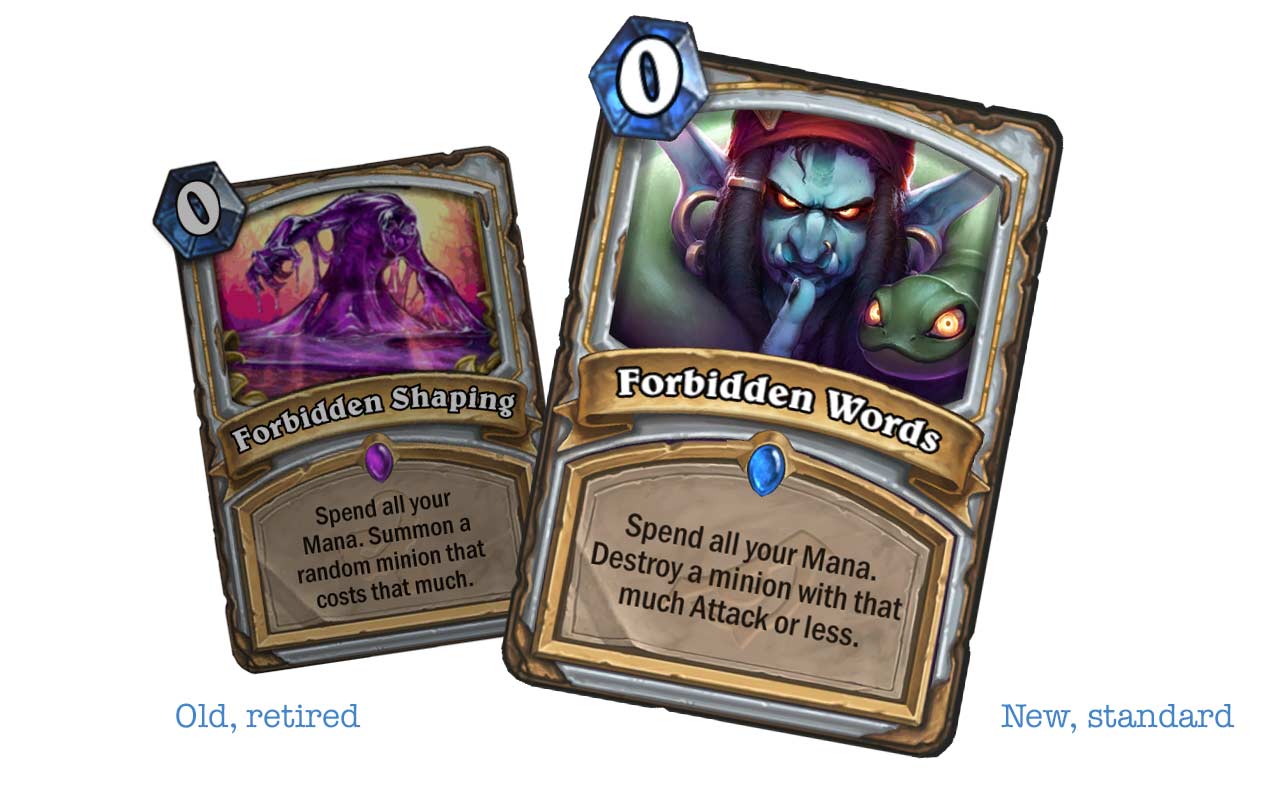 This card is a callback to the card “Forbidden Shaping” from the set Whispers of the Old Gods – a set which is now retired into Wild. This card returns – sort of. This card comes back in a backward sort of way, really.

The more important callbacks won’t necessarily have the same sort of airtight storyline connectivity. Like the Golden Monkey mechanic, for example. The Golden Monkey came in the League of Explorers set thanks to Elise Starseeker. 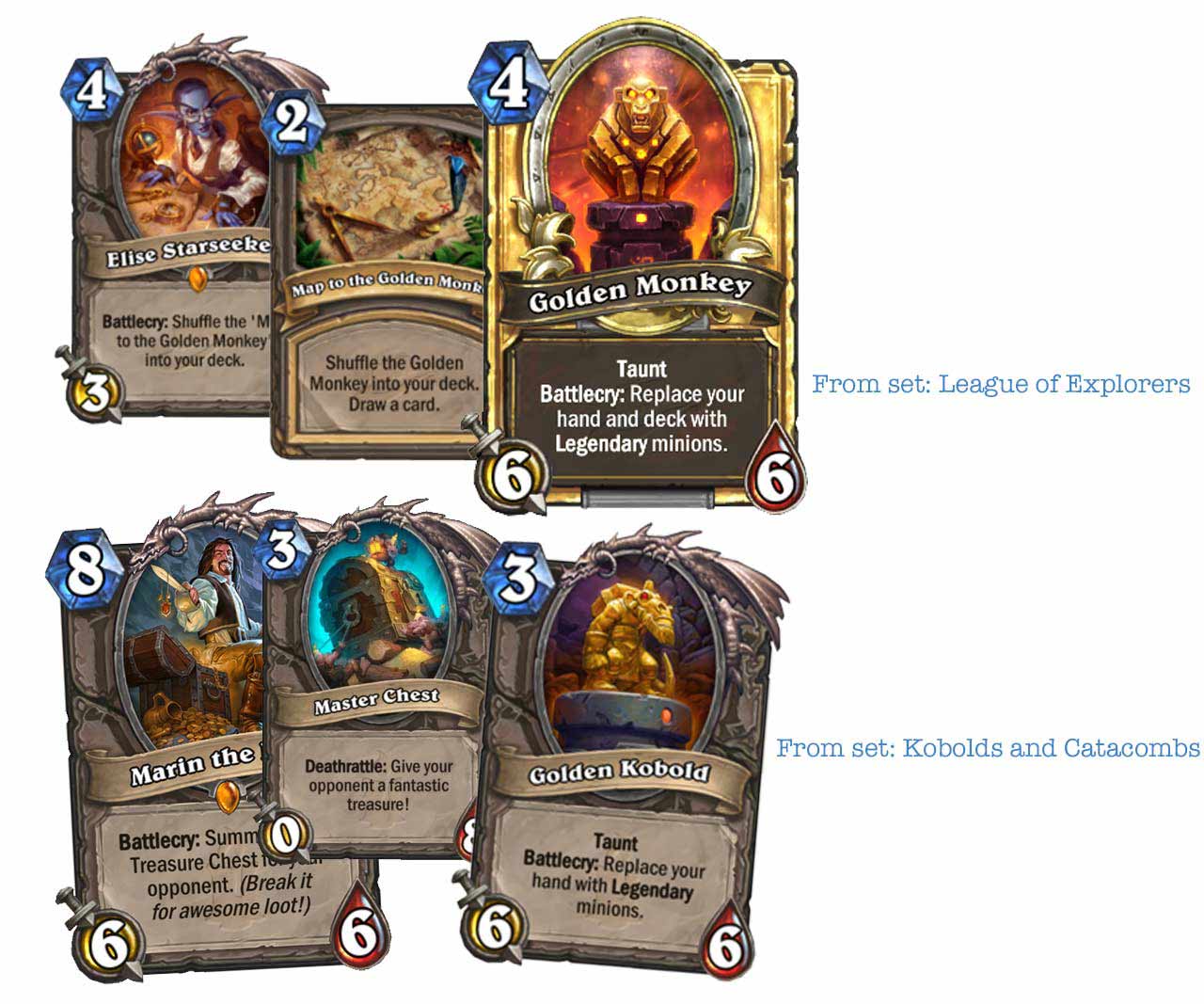 Fast forward to Kobolds and Catacombs and the Golden Monkey’s abilities returned thanks to Marin the Fox, the Master Chest, and the Golden Kobold. The new card was one mana cheaper to cast, but replaced just the user’s hand with Legendary minions rather than both their hand and their deck.

Now here comes “Rise of Shadows” and the mechanic returns, embodied this time by a very evil sort of card. This is Arch-Villain Rafaam, a Legendary Minion that’ll cost you a cool 7 mana, but comes with 7 attack, 8 defense, and the Taunt that’s been present in each iteration thus far. This version also brings back the “deck” part of the equation. 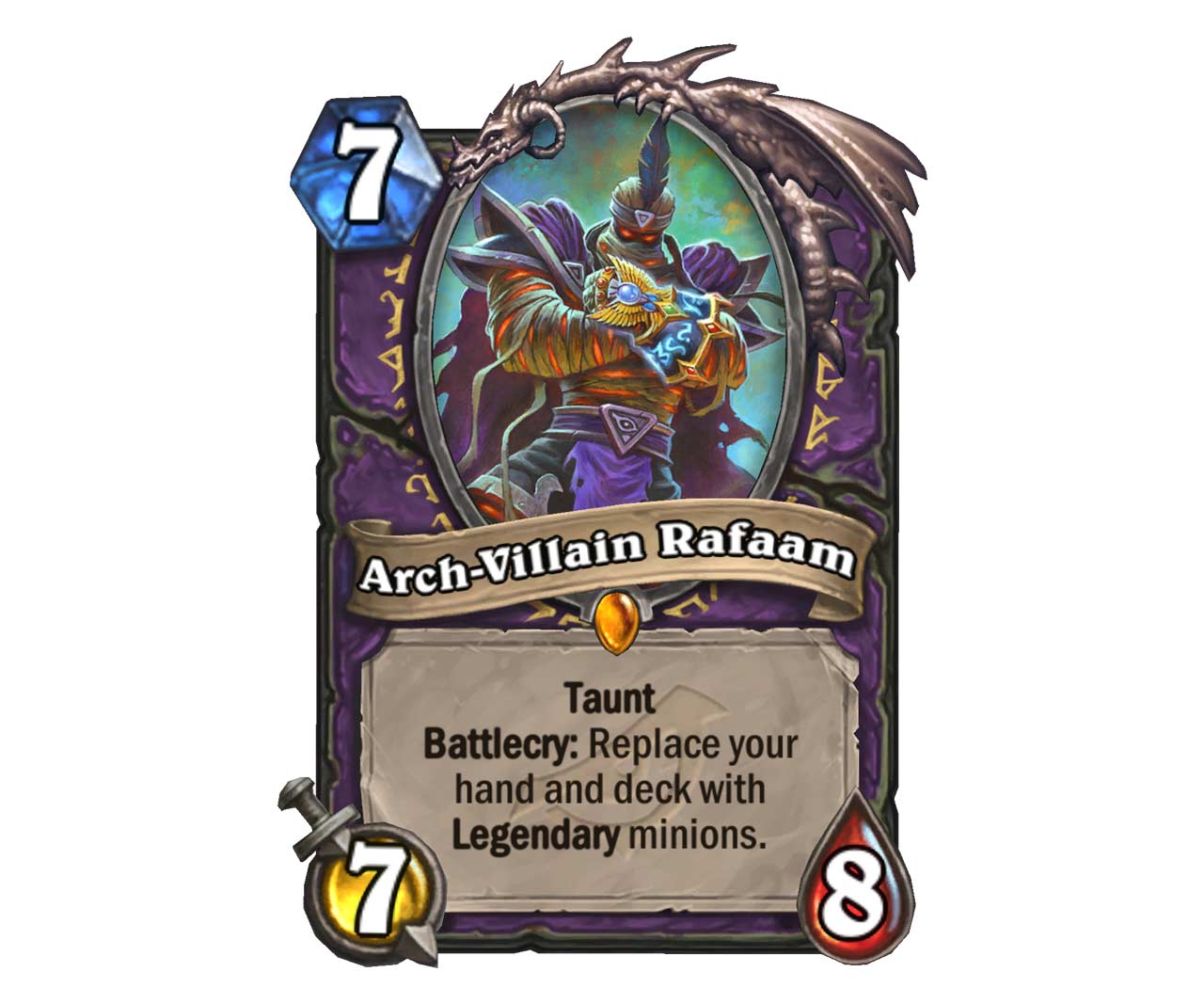 Don’t be shocked, now, when more than just these cards come with abilities that’ve long since left the standard edition of the game. Stuff’s about to get spooky in here. The first release in this set will appear April 5th, with a single Legendary card.

This April 5th release is “just before Pre-Release,” and it’ll have a free Legendary card coming to all players quite similar to how Marin the Fox was released just before Kobolds. Cross your fingers for another treasure chest, or something equally as strange!