Two of Hearthstone’s most powerful cards, Vanish and Mind Blast, will soon head for the Hall of Fame. These cards have been abnormally powerful in the most basic sense of the phrase since I started playing the game – they’re so good, they’d be in almost every deck against which I played, regardless of intent. They were so powerful, it would seem, that the creators of Hearthstone have decided they needed to be retired.

The game Hearthstone is broken into a set of 9 different classes, each with their own subset of available cards with which they can play the game. While every class has access to a variety of minions, all other types of card are restricted to class-specific release. Two of these are Vanish and Mind Blast.

According to the creators of Hearthstone, the cards Vanish and Mind Blast did not fit the game’s “established class identities.” They’ve decided that a priest class character probably wouldn’t be delivering a blast of evil magic directly to the brain of their opponent. 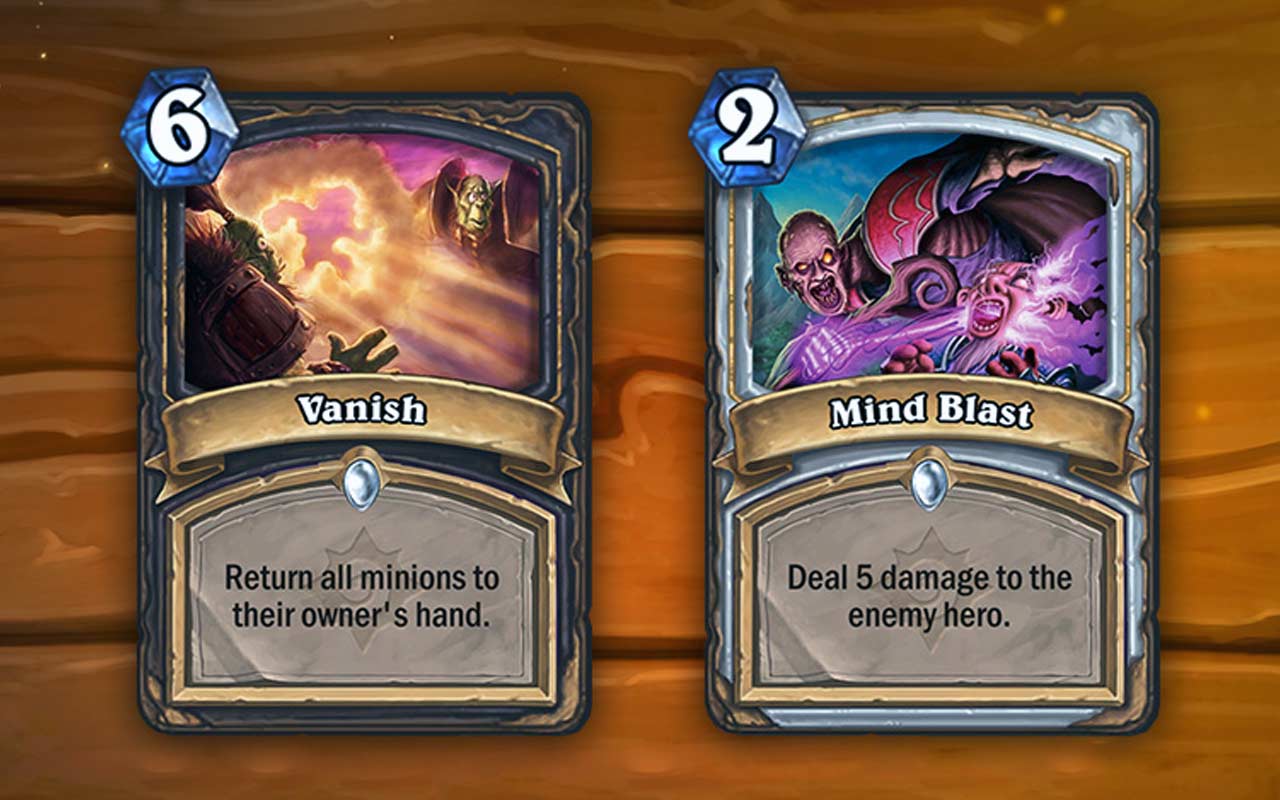 Priest, said a Hearthstone representative, is meant to control the board, rather than deal direct damage. There are cards like this card in other classes, but destroying what’s most often 1/6th of a player’s life in one shot, for two mana, isn’t what the Priest is supposed to be able to do.

The ability of Vanish to clear an entire board of creatures is also rather different from any other power given to a Rogue. A rogue should be able to destroy individual creatures, one by one, like an assassin, but not the entire board at once.

I wonder why this went down now, rather than at any point in the past? Could it be that the case was only successfully made to those in charge most recently? Could it be that someone complained at the right time and in the right place? We might never know! 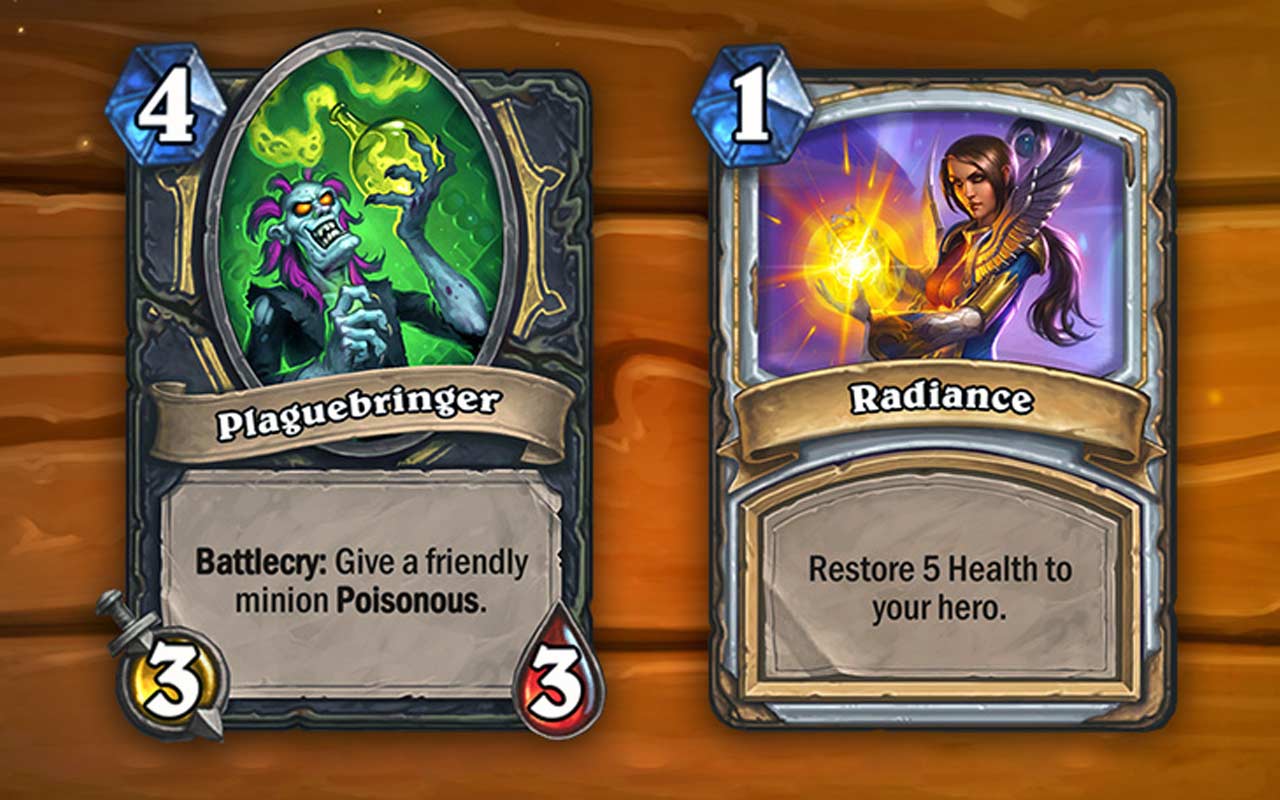 Hearthstone will gain two new cards as it loses those mentioned above. One is a character by the name of Plaguebringer, a 3/3 minion that costs 4 mana and rolls with a Battlecry that gives a friendly minion Poisonous. The other new card is called Radiance, and it simply delivers the opposite of its predecessor – one mana to restore 5 health to your hero.

Isn’t it strange that Radiance would be a sensible addition to a base set that already has Flash Heal and Binding Heal, both of which also cost 1 mana? Flash Heal restores 5 health to anything, Binding Heal reads “restore 5 health to a minion and your hero.”

The Hall of Fame nix and the addition of the new cards are two changes amongst many that’ll be made to the base set (in Classic card packs and craftable with Arcane Dust) at the next major update. We do not yet know when that update will be released – but cross your fingers for soon!