Today Blizzard confirmed a number of changes to several new or nearly-new Hearthstone cards that’ve become a bit too powerful. This isn’t a new occurrence – Blizzard changes the costs of cards and/or switches the power of cards every once in a while to bring balance to the force. Or the game – whichever. In this most recent set of switches, Blizzard’s Hearthstone gameplay specialists took on Giggling Inventor, Mana Wyrm, and Aviana.

Aviana will soon cost 10 mana instead of just 9. This is due in a BIG way to one certain type of deck which took advantage of the cost and the abilities of Aviana and Kun the Forgotten King. Now, with the Aviana card at a 10-mana cost, one would need the aid of some sort of extra mana generation in order to play Kun and Aviana in the same turn. 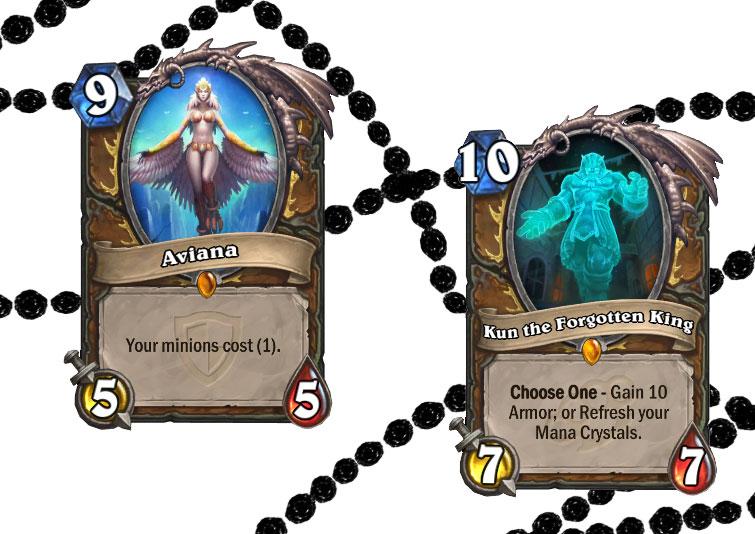 Mana Wyrm is played in the VAST majority of Mage decks because of its simplicity and its gift of a MAJOR advantage at the start of the game. Once a Mana Wyrm is played on turn one, it can potentially turn into a vastly more powerful creature by the second turn – or the first, if the player has a coin. Mana Wyrm will soon cost 2 mana instead of just one. 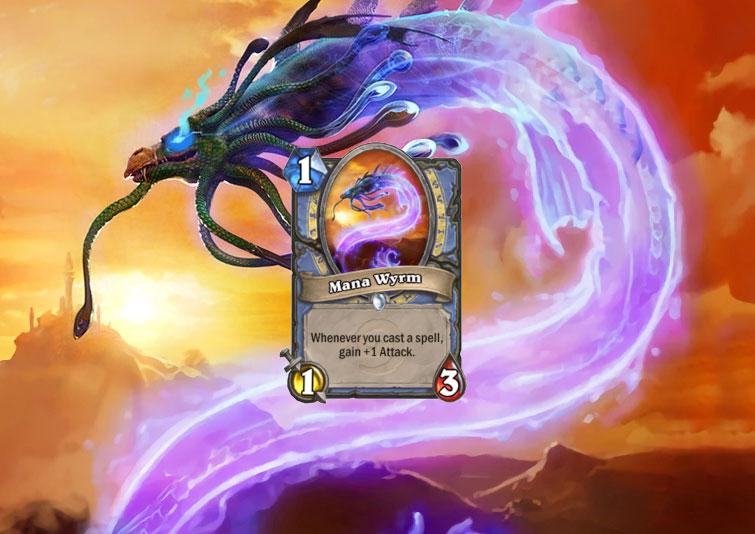 “Over time, we’ve been moving away from powerful, early-game 1-drops like Mana Wyrm. It can often feel like the outcome of a game is decided by whether Mana Wyrm was played on turn one, and if it could be removed quickly by an opponent,” said Blizzard’s Drew Symonds. “Mana Wyrm has also steered us away from making powerful low-cost Mage spells. We’d like Mana Wyrm to remain an option for decks it synergizes with, while preventing it from being a huge turn one threat.”

Then there’s the most crazy awesome card that’s come in the most recent set – Giggling Inventor. This card costs 5 mana and automatically summons two 1/2 taunt creatures with divine shield. Not only that, but these creatures are straight up Annoy-o-Trons, which means they’re Mechs and can therefore be improved by Magnetic mechs of many sorts. 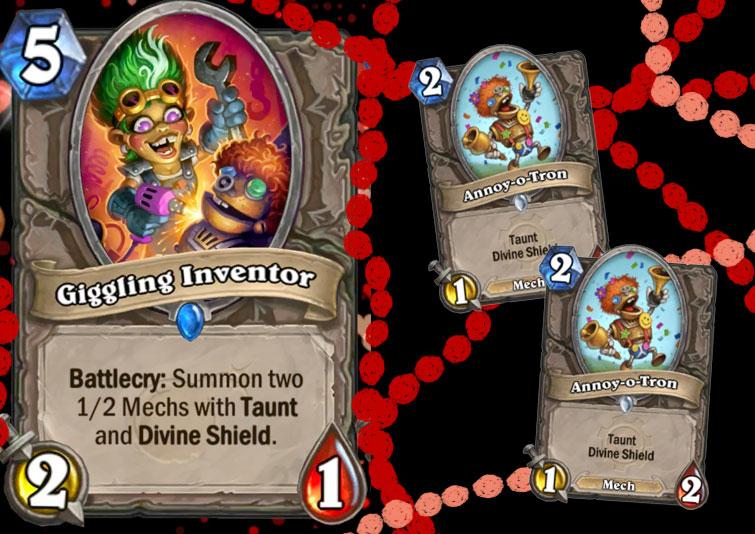 After testing this card at 6 mana instead of 5, Blizzard’s Hearthstone playtesters decided to further nerf the card all the way to 7. Giggling Inventor will now cost 7 mana – harsh! “At (7) mana, we expect Giggling Inventor will find its way into fewer decks in general—and be much less effective in Quest Rogue—while remaining situationally playable within specific deck archetypes, such as Evolve Shaman.”

These changes will come into play on Thursday, October 18th, 2018. At that time the cards will switch and you’ll begin to cry. Unless you didn’t use any of the three, in which case you can begin to shout for joy.