The time is upon us – the latest expansion for Hearthstone is about to launch into the wild for real. This set, Madness at the Darkmoon Faire rolls with such monstrosities as Y’Shaarj, the Defiler, adding every Corrupted card you’ve played this game to your hand, making them cost ZERO the same turn said creature is unleashed. Or Blood of G’huun, a creature that’ll summon a 5/5 copy of a minion from your deck each turn.

We’re looking forward to splashing minions all over the place with Maxima Blastenheimer. She’s a 6-cost minion with a battlecry that summons a minion from your deck, after which said minion attacks the enemy hero and dies. That’s a Hunter card, if it weren’t immediately apparent. 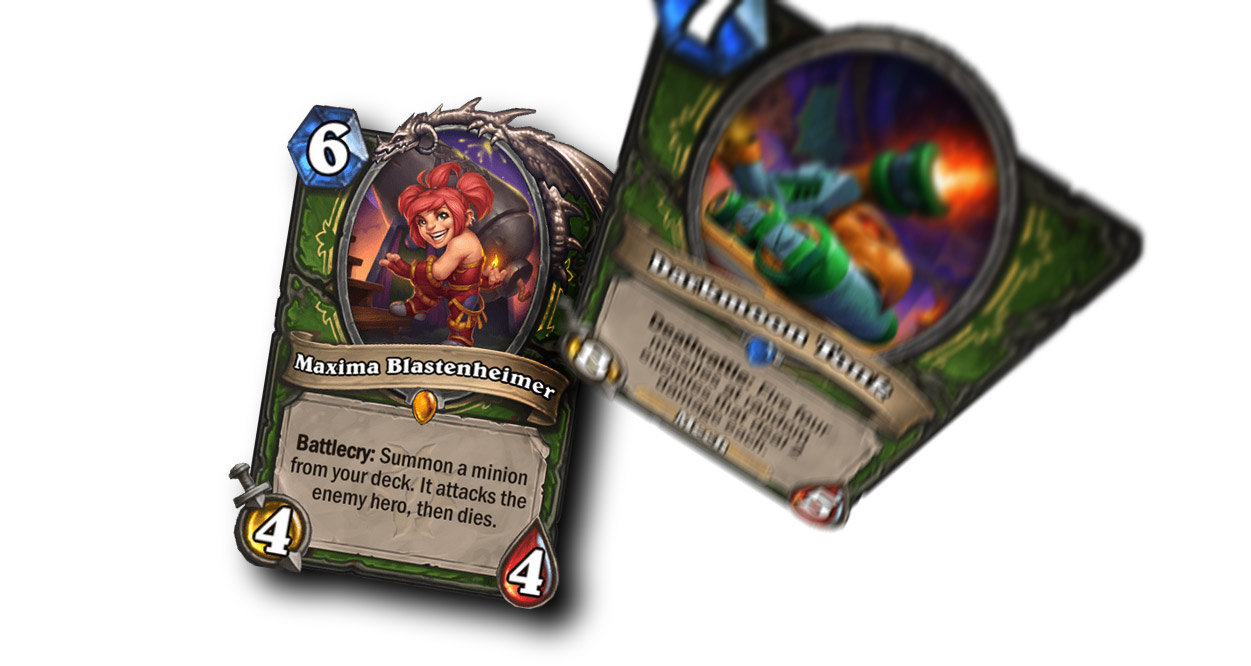 The one named Graybough is one of the most interesting Druid cards we’ve seen in Hearthstone. This creature is a 4/6 taunt minion that costs 5. Greybough has a Deathrattle that gives a random friendly minion Deathrattle: Summon Greybough.” That’s not going to be easy to handle.

Open the Cages makes it clear: We are never, ever getting rid of these three beasts. The Hunter is as inextricably tied to his Animal Companion crew as the Mage is to Magic. 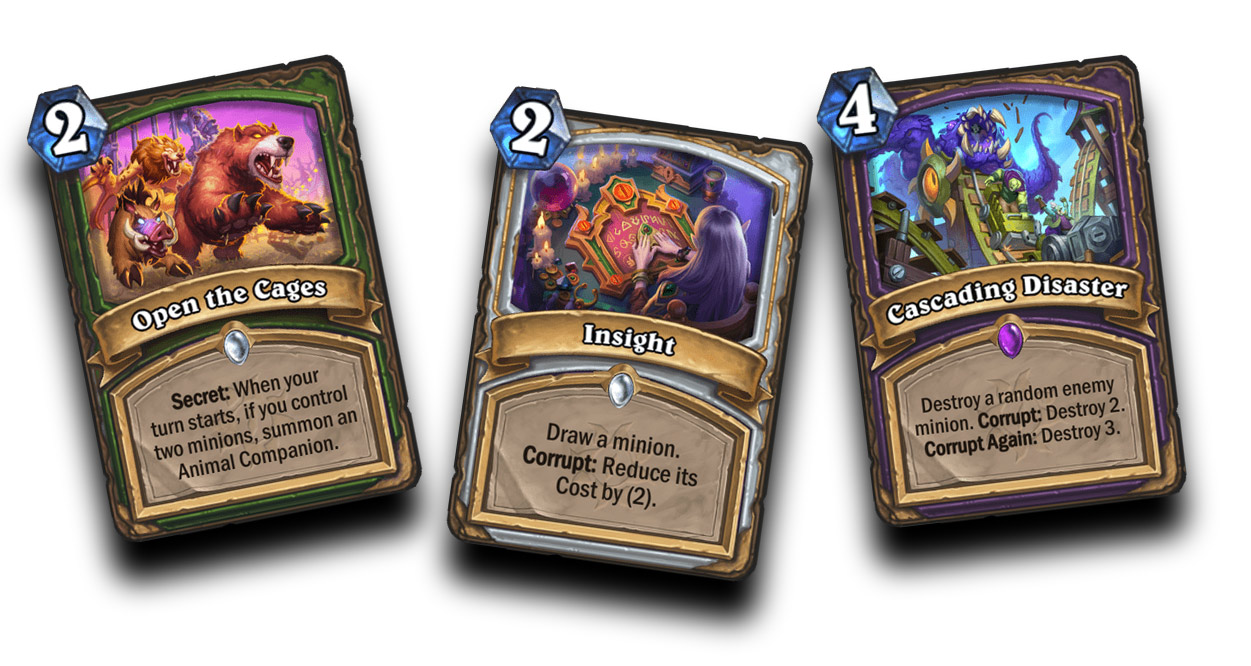 If you’re looking for a burst of life for your Paladin deck, look to the Secret called Oh My Yogg! This card activates when your opponent casts a spell. At that moment, “they instead cast a random one of the same cost.” That’ll be a mess, let me tell you.

The Priest card Insight should give you some… insight into a feature theme in this set. The whole “reduce its cost by (2)” thing here appears on a number of cards – we’re going faster now! 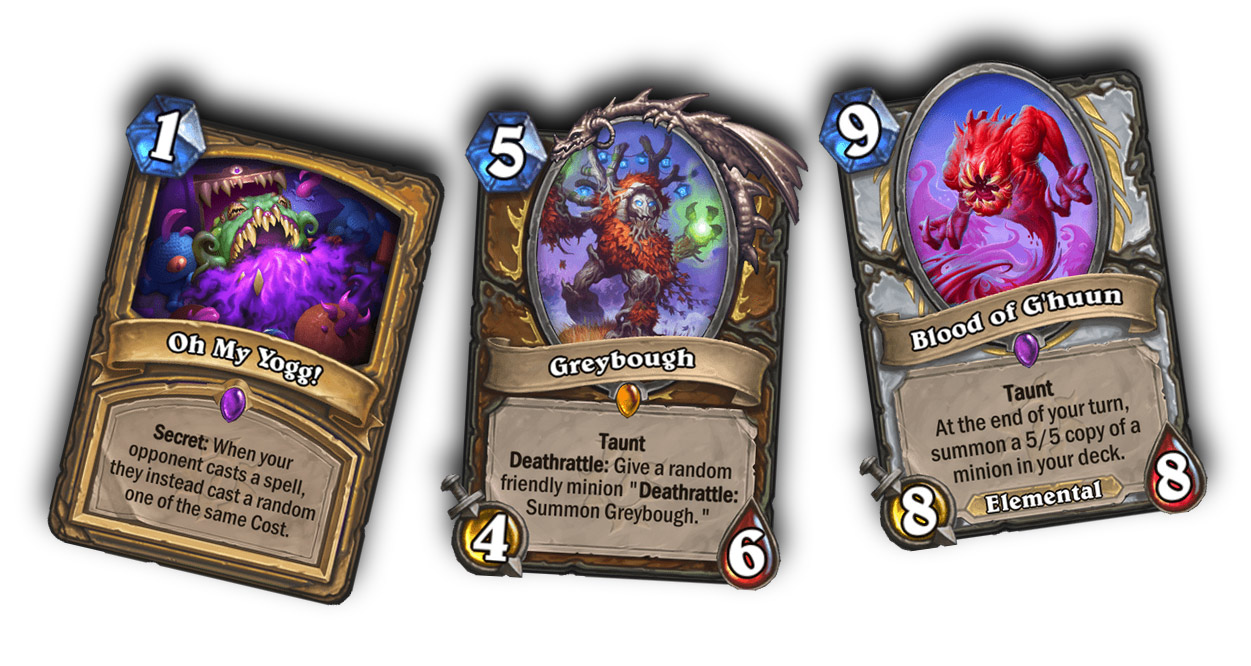 The card Cascading Disaster makes the Warlock a minion destroying machine. Just so long as you’re ready to corrupt. Corrupt, by the way, means you’ve played a card that costs more than this card while this card is in your hand. 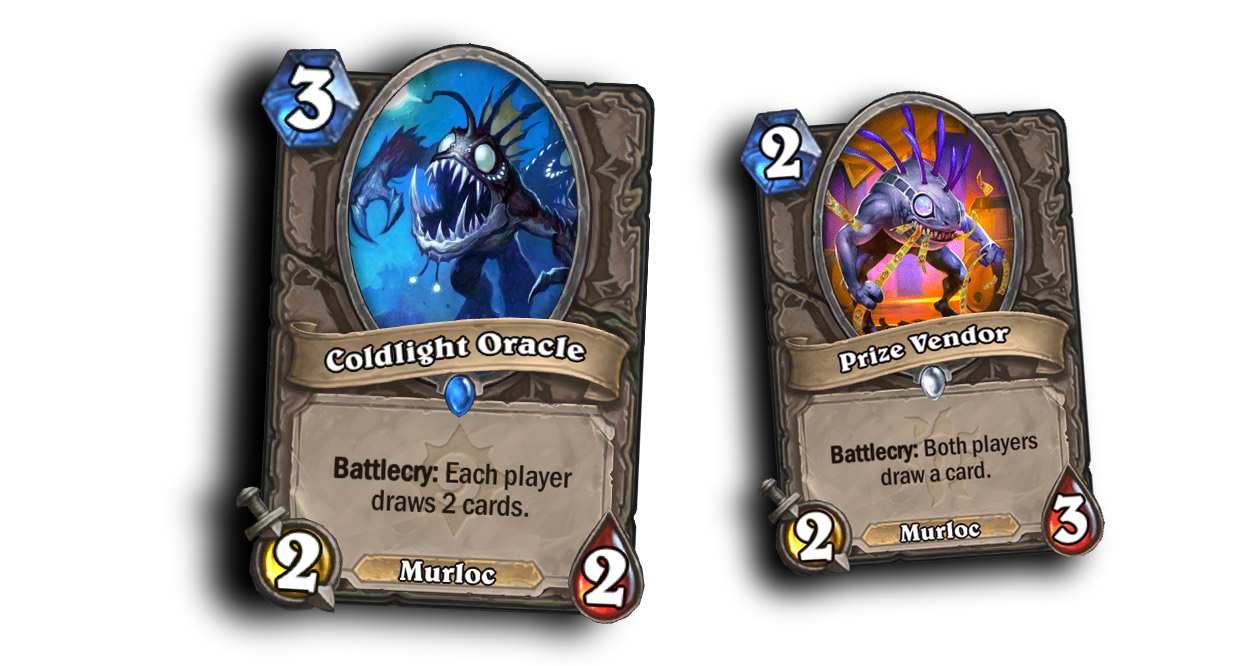 Easily the most interesting Common card in the set is the Murloc called Prize Vendor. This little beast brings back a mechanic from a few years ago – from another Murloc, as it were – with a battlecry that makes both players draw a card. Imagine the possibilities!

Stick around as Hearthstone Madness at the Darkmoon Faire is launched this week – it’s going to get wacky! If you’ve seen any other card that you absolutely cannot believe was released in this set, let us know!