Filling the skies with laser beams and hoping birds fly into them doesn’t, at first glance, seem the best way to prevent endangered species from dwindling in number even further, but it’s exactly what one Hawaiian island is doing. The light grids – made up of thirty focused green lasers – are being mounted on electricity poles by service operator Kauai Island Utility Cooperative, in the hope that they’ll prevent birds from crashing into the cables.

The system, dubbed a “light fence”, was developed for KIUC by Oceanit, and installed earlier this week as a potentially cheaper alternative to burying the power lines underground.

Endangered species like Newell’s Shearwater and the Hawaiian Petrel will often fly inland during darker hours, and get confused by artificial lighting or different moon phases. While they make their nests in the middle areas of Kaui, they hunt for food out at sea, but the islands infrastructure forms a dangerous ring that they must cross between the two. 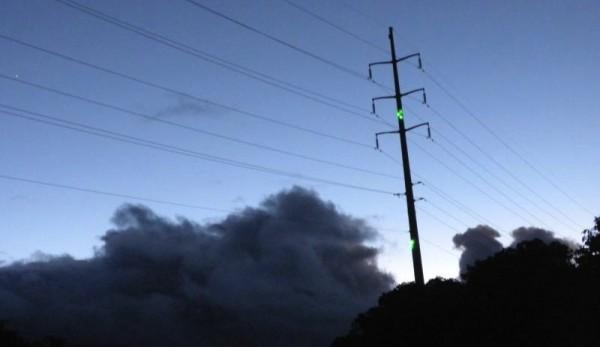 Experiments over the coming weeks will try out different colors of laser light, as well as whether cycling the lasers on and off makes a difference to efficacy. Oceanit is also working on a solar-powered version of the system, which would be triggered by movement.

Initially, though, there are six stretches of lines that have green lasers mounted parallel to the ground, using frequencies that present no danger to the human eye (or, indeed, to the birds).