Have you used Google Stadia with someone else’s label?

Google Stadia just appeared with a window into the future of the game streaming universe courtesy of AT&T, of all companies. It was with AT&T’s “Experience Batman: Arkham Knight” promotion that we first saw how Google Stadia tech could be used as a white label service. It is with this use of the service that we see how Google will likely proceed into the future as the holder of the keys: by being the bones, not the skin.

AT&T’s deal allows AT&T customers to play a Batman video game in their web browser. This is AT&T’s “beta streaming” experience, which effectively means they’ll be moving forward with this service so long as this beta test does what they want it to do. So long as AT&T sees a positive response to this demo, and nothing major crashes along the way, there’s a good chance there’ll be more AT&T-hosted Stadia-made streaming in the future. 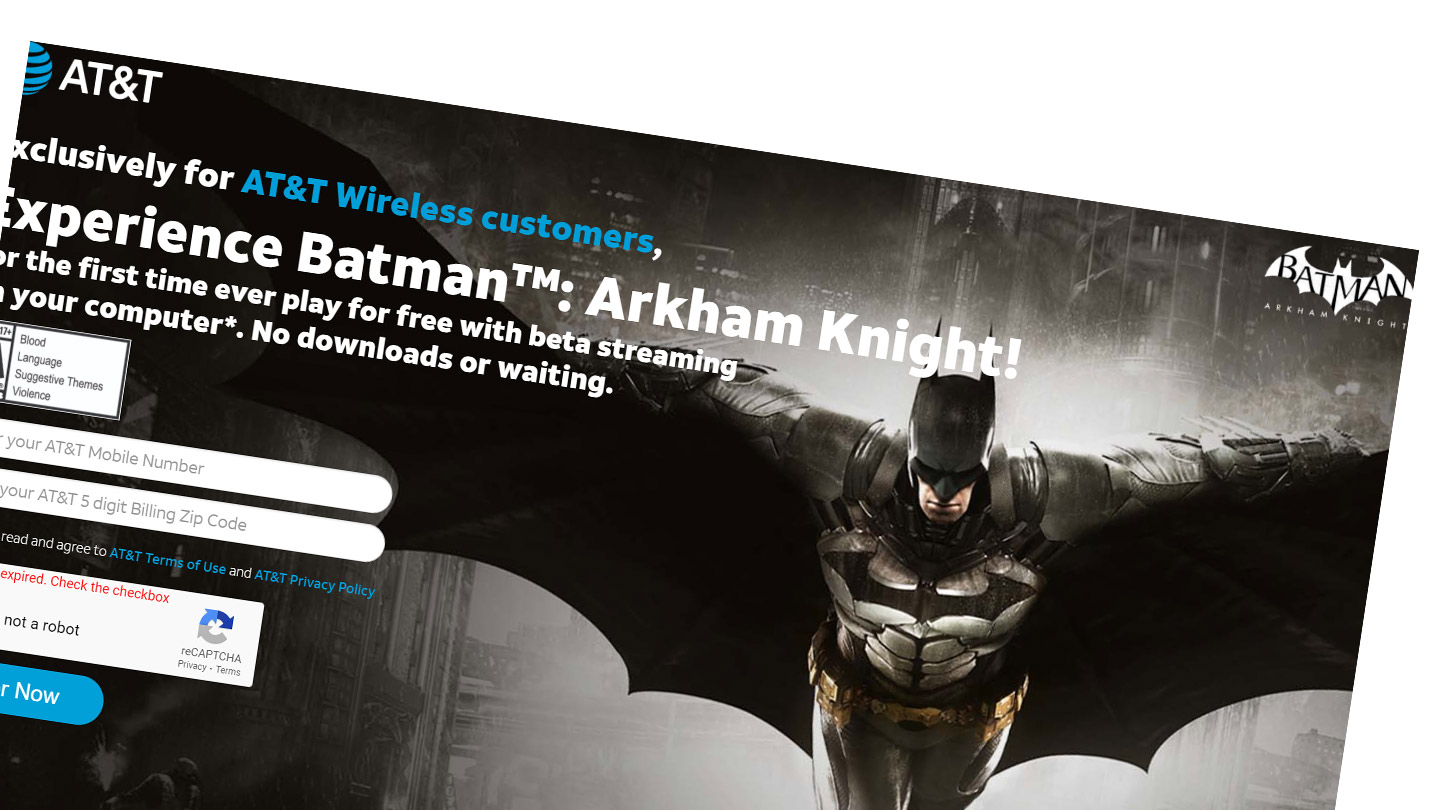 Per 9to5Google, this AT&T demo is “powered by the Stadia technology.” AT&T confirmed that they are “collaborating with gaming technologists, like Google, to help usher in the next era of gaming.”

This is good news for anyone hoping for a future in which we no longer need to buy a new gaming console every couple of years, or a new PC every half-decade. If companies are able to leverage the work Google’s done with Stadia to present game streaming experiences to the public for profit, we’ll see a sustained interest in game streaming as the new normal for video games of all sorts.

That could also be a bummer, if you’re not the sort of person who already subscribes to services like Spotify and Netflix for your audio and video content. Flitting from game to game might be as natural to your average gamer as it is today with content consumers on streaming platforms – it’s easy, and it’s expected.