Hands-on with LG’s Rolly, a keyboard you unfurl

It takes a lot to generate excitement about a keyboard, but somehow the LG Rolly seemed to manage it. Splitting each row of keys into a different spline, and then allowing each to roll around a central battery section, the portable keyboard is intended to be your tablet’s best friend without taking up too much space in your bag.

In practice, things are much as you’d expect from a portable keyboard. They keys themselves have 17mm pitch – 1mm down from the usual – and unsurprisingly aren’t quite as responsive as a regular ‘board, but they’re far better than even the best onscreen keyboard with auto-correct and prediction. 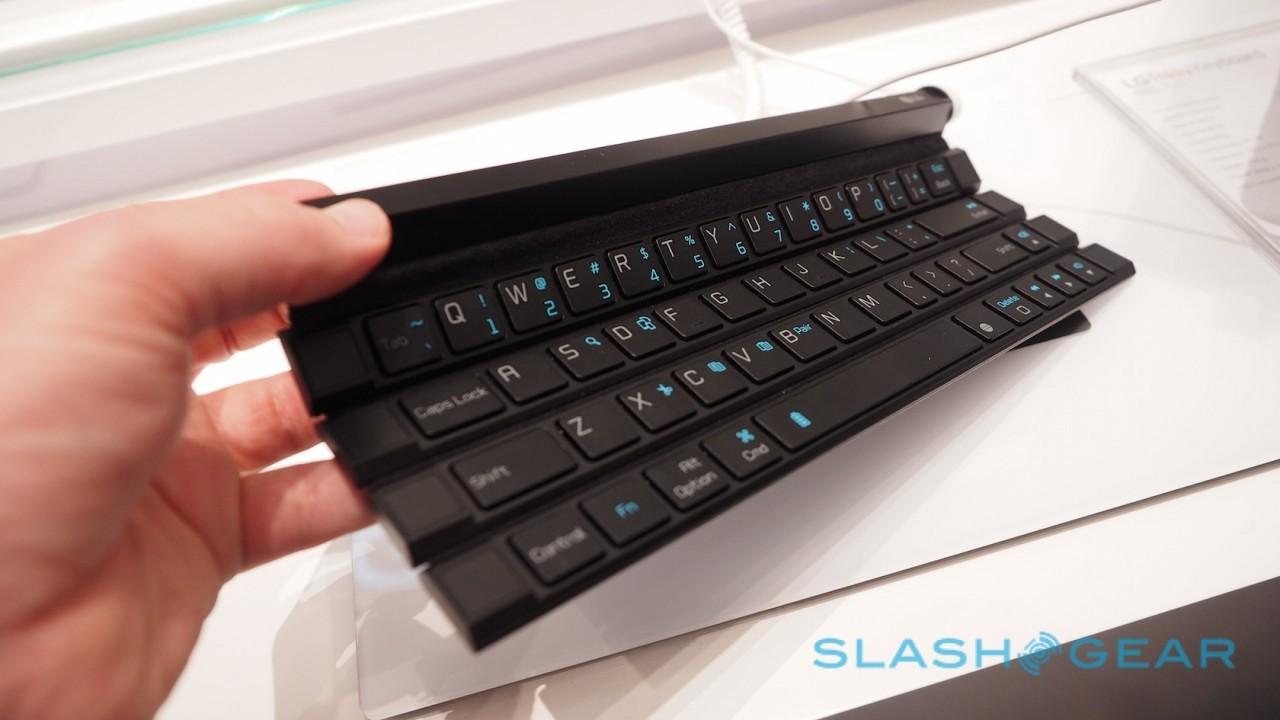 LG opted to sacrifice a dedicated numeric row, rather than make the Rolly pentagonal in cross-section. Instead you get a function modifier, which also pulls up a number of other shortcuts: volume controls on the arrow keys, for instance.

When the whole thing is opened, two somewhat flimsy arms pop out from the back, each with a groove to accept a tablet and keep it propped up. Obviously that works well with LG’s own slates – such as the LG G Pad II I tested it with – though how successful third-party models might be will depend on what you’re using, how thick it is, and how heavy. 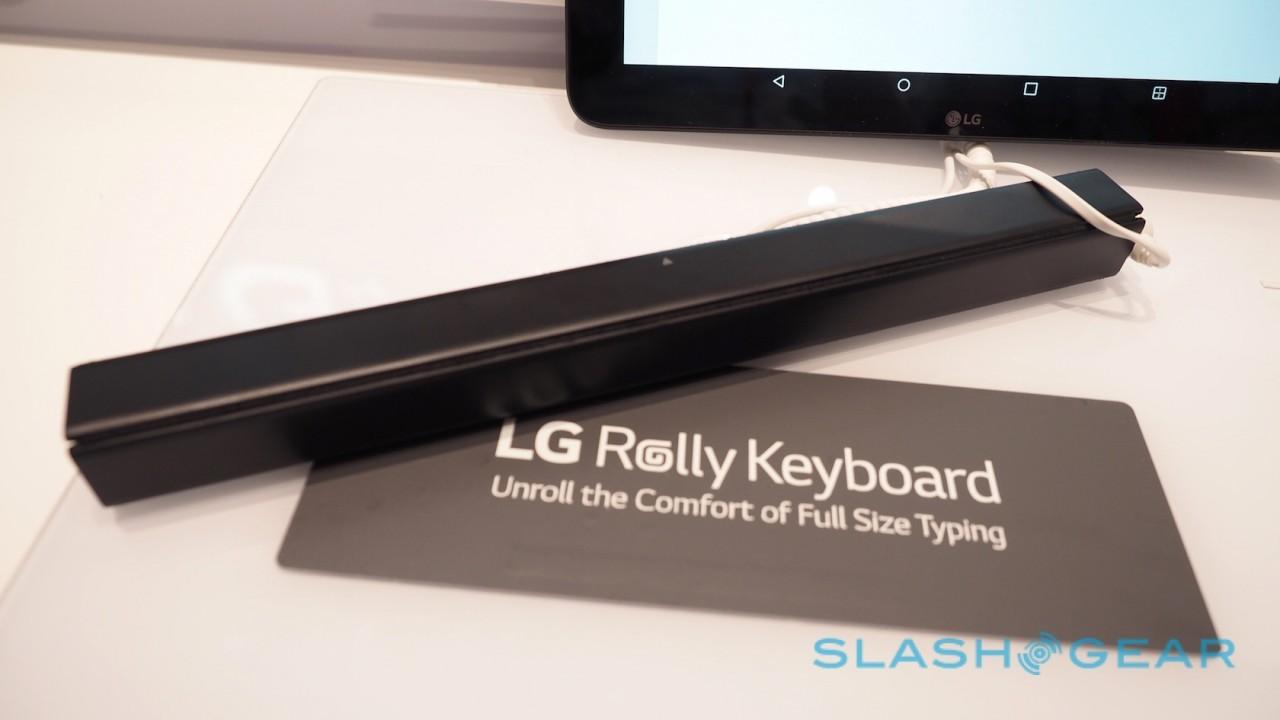 Similarly, while the keyboard sits flat on a desktop, on your lap you might get a little bowing, and I can see the tablet props not working quite so well either.

All the same, it could be a useful accessory for the road warrior with an aversion to on-screen keyboards. At $119 it’s a little more expensive than some non-folding Bluetooth ‘boards from companies like Logitech, but then again it might be a better fit for your carry-on bag. 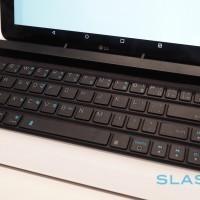 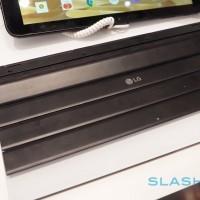 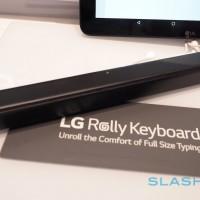 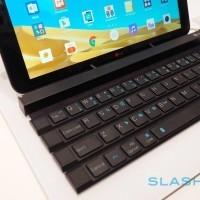 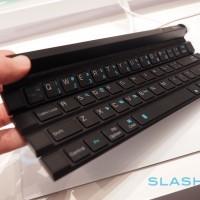 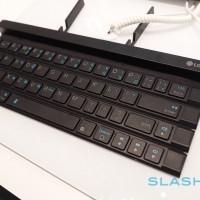 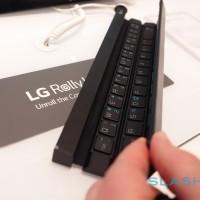