The first Guitar Hero: World Tour feedback is coming in, after the game was officially released yesterday, and it’s a mixed bag.  Some gamers are reporting poor drum synchronization when playing in band mode, with problems calibrating the drum response to the rest of the instruments.  There are also some sporadic claims of poor quality control, with some of the drum pads failing to recognize hits.

While the game allows for recalibration of the drum sync in the options, even running through that process several times can leave their response lagging.  The other performance aspects – vocals and guitars – are apparently unaffected.

GH Studio has also come in for some criticism, for not allowing vocal tracks to be recorded along with guitar and drum tracks.  It’s unclear whether this is a copyright or a technology issue, or a combination of both. 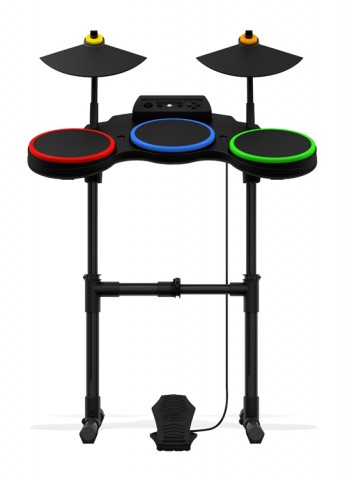