This week the folks at Griffin have revealed a whole batch of new accessories for devices of all kinds, not least of all the Griffin StudioConnect iPad dock, ready for action with a brand new integrated Lightning cord for each of the newest models. This device is working with a cased-iPad mini in the experience you’re about to see, this demonstrating how the dock for your iPad works not only with the standard thinness, but a thicker amalgamation as well. What this device actually does is a little less obvious.

This machine was previously released in a slightly different configuration working with the original 30-pin Apple connector for mobile devices, here checking in for each of the newer iPad models, both the 4th gen iPad and the iPad mini the same. Once you’re connected, you’ll find that you’ve turned your iPad into a fully ready for action studio machine – connect in with the musical devices and speakers of your choice! 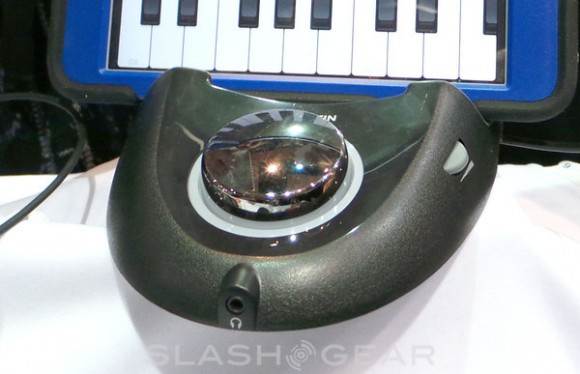 Up on the back of this mating you get MIDI-out to work with MIDI devices, sequencers, a patch bay, anything you like. You get MIDI-in as well with a standard 5-pin connector, audio in, audio out, and of course a power port as well. This machine is both simple and effective, and as its one of the very few devices that does such a thing available for your current-gen iPad and iPad mini, you’ll probably want to jump right on board! 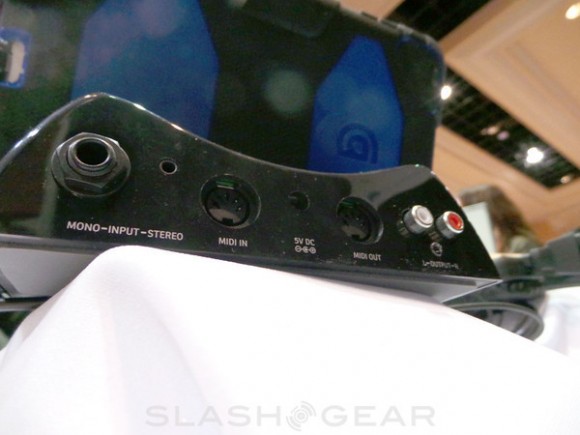 Have a peek at the rest of our coverage of the Griffin torrent of devices and accessories that have been and are about to be revealed for the device world this week in our Griffin tag portal. Also be sure to keep up with CES 2013 all week in our giant CES portal right this minute and through the week!