The Laser Interferometer Gravitational-Wave Observatory (LIGO) has made another observation of gravitational waves resulting from one big crash of a couple of black holes. Collision, that is, and merger soon thereafter. This observed signal is dubbed GW151226, while the black whole merger event from late last year goes by the name GW150914. This newest signal was detected by the same set of instruments as the first, 2x instruments of Advanced LIGO situated in Hanford, Washington and Livingston, Louisiana.

Like the original finding, the LIGO team put this finding through many, many checks which you can read about in-depth courtesy of LIGO’s vetting page. There they suggest that they have indeed witnessed “tiny fluctuations that stretched and squeezed spacetime produced by these gravitational waves.” 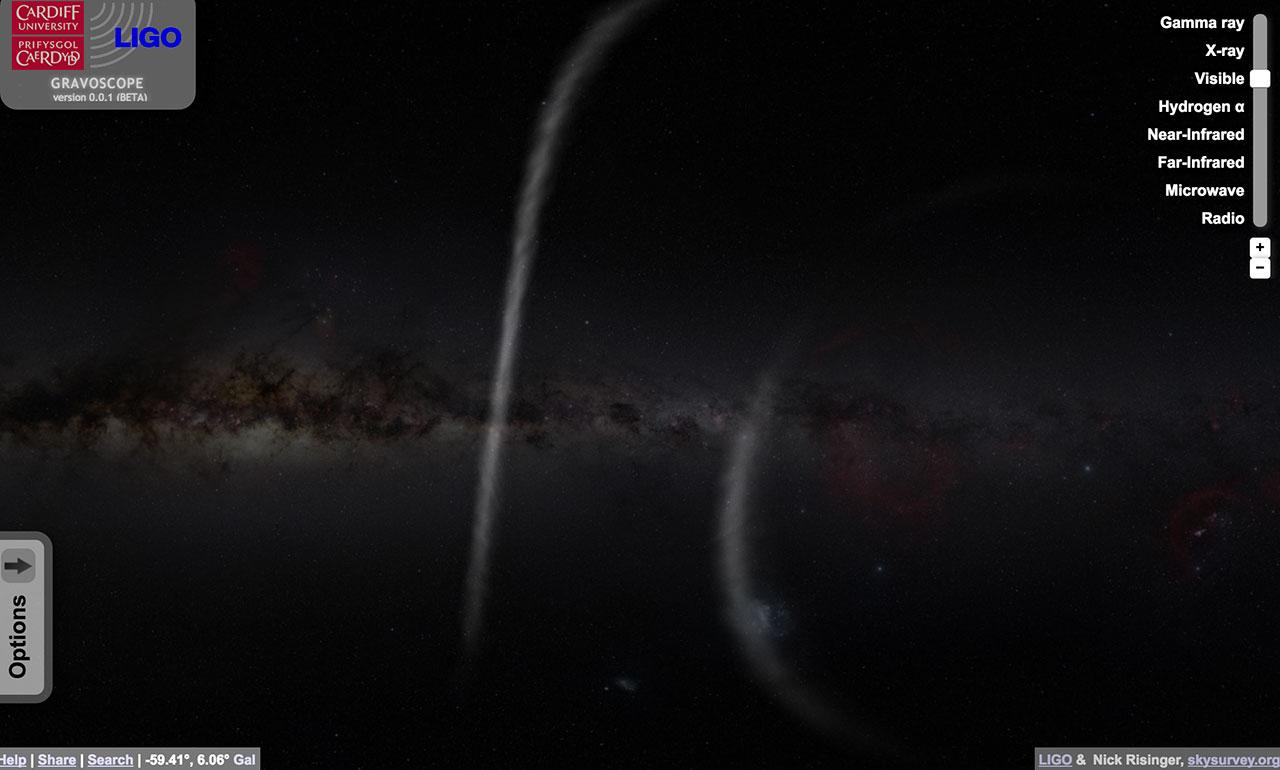 Below you’ll see black hole masses shown in units of solar mass. At this point the researchers on this project can tell with 99% certainty that “the mass of the smaller object cannot be less than 4.5 times the mass of the Sun, which is well above the largest theoretical mass of a neutron star.” 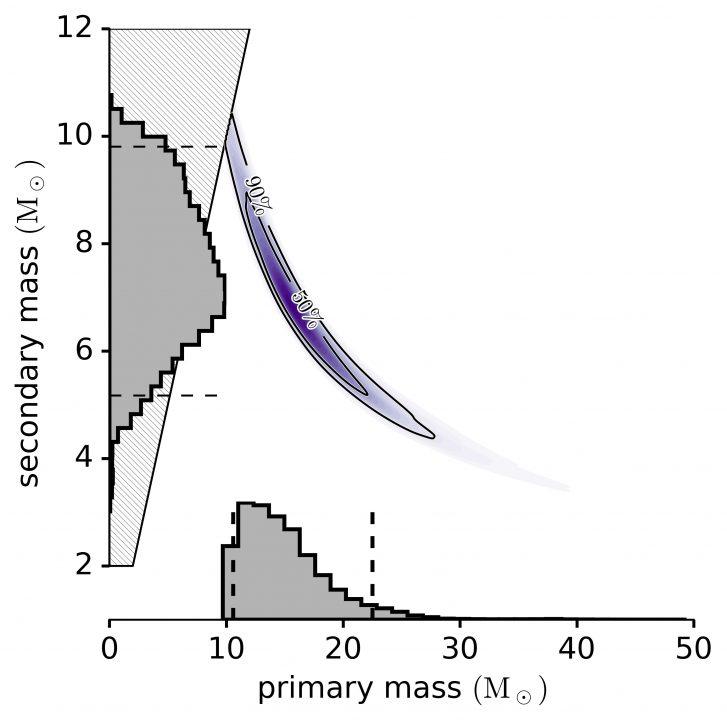 This collision, in other words, will have had to have been extremely large.

Before these black holes collided, they spun around one another at great speed. After they collided, the resulting mass continued to spin as well.

ABOVE: this newest gravitational wave is detected and depicted by LIGO Livingston and LIGO Hanford.

BELOW: Timeline of events. Notice how there’s another candidate wave waiting to be confirmed by LIGO researchers – and we must assume more will be headed our way in the near future, too! 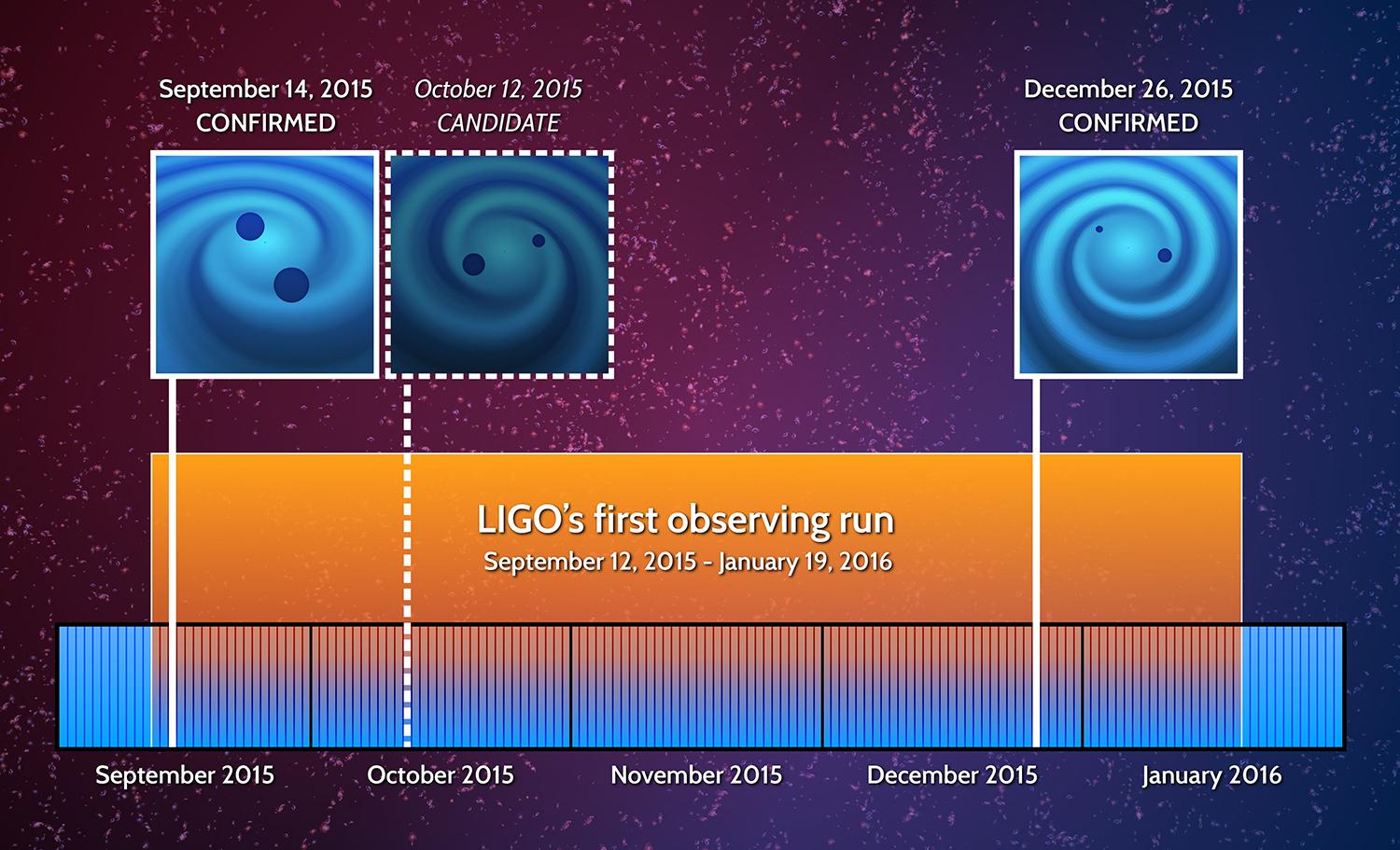 What’s so important about this finding and the original finding of gravitational waves last year?

“Both GW151226 and GW150914 indicate there could be many more stellar-mass binary black holes in the Universe than previously expected,” said the LIGO team.

“These initial detections are an important first step towards understanding more about the population of these binaries, which until now has been completely hidden from us.”

In the chart you see below, the gray line (following the red line) shows a signal calculated from a numerical relativity simulation. 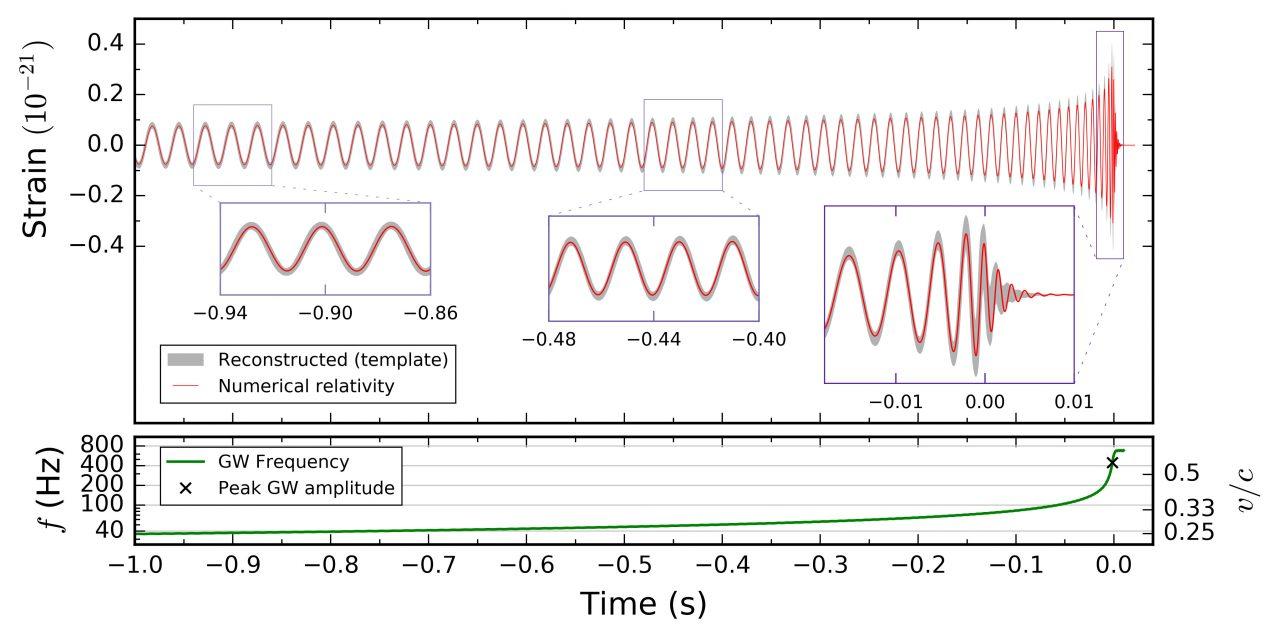 The red line shows the reconstructed gravitational-wave strain signal over time as seen by the Livingston detector.

If you’d like to understand this entire situation in its plainest terms, have a peek at this appearance by Brian Greene on The Late Show with Stephen Colbert this February.

For more information on this historic event, see the LIGO listing page for the finding of GW151226. As the LIGO team suggest, “together with GW150914, this event marks the beginning of gravitational-wave astronomy as a revolutionary new means to explore the frontiers of our Universe.”

You can also find the paper on this event as published by Physical Review Letters under the title “GW151226: Observation of Gravitational Waves from a 22-Solar-Mass Binary Black Hole Coalescence.”