Google’s Project Glass has been caught in the wild, with none other than company co-founder Sergey Brin spotted sporting a set of the augmented reality wearables at a charity event. Brin confirmed to Robert Scoble that the headset he’s wearing is indeed a Google Glasses prototype, and it was functional too; although Scoble wasn’t allowed to wear it himself, it was apparently clear that information was being flashed up to the tiny display above his right eye.

“He quickly told me it is a prototype” Scoble says of the encounter. “I saw a bluish light flashing off of his right eyeball. I could only guess that my Google+ profile flashed up, or maybe some PR voice said “stay quiet” or something like that.” 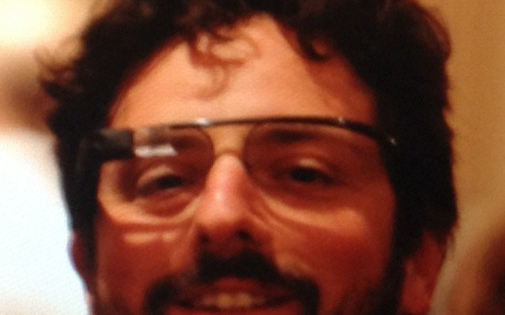 “But the glasses are real” he concludes, “very light looking.” As far as Scoble could tell, the headset was self-contained, though Brin is also wearing a backpack which could, it’s entirely possible, contain a battery or offboard processing. 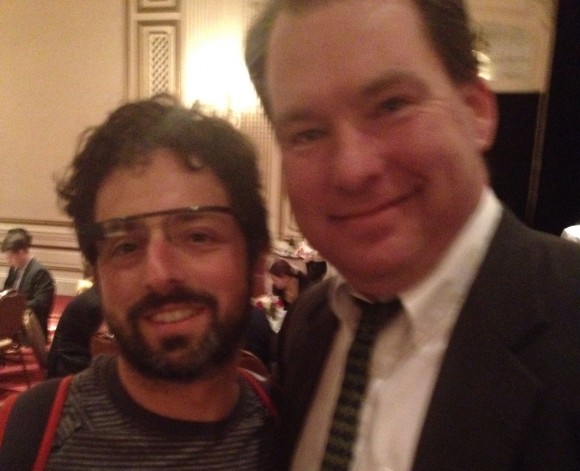 Google confirmed it would be testing the Project Glass prototypes publicly when it officially revealed the project earlier this week. However, the photos released of the headset showed it non-functional, and were labeled as “design studies”; even the video demo of the project’s abilities was rendered rather than real-world footage from a device itself, leading to suggestions that the actual prototypes could be a whole lot clunkier.

That doesn’t appear to be the case, however, and we have to say we’re more excited by the idea of the glasses than before having seen them in the wild. The eyepiece itself looks suitably discrete, though Brin told The Verge that “right now you really just see it reboot” in terms of functionality and that potential buyers should “give us time” to get it to market-readiness. That looks unlikely to be the case by the end of the year, as some rumors have previously suggested, though no official timescale has been confirmed.