Android now has an official IDE. Android Studio has come out of beta today, and provides the first true cross-platform IDE for Developers who can’t get enough Javascript. Announced way back at Google I/O 2013, Android Studio is the first official IDE from Google, and could end up serving as a watershed moment in Android development history. It’s also likely to get some add-ons in the near future, which could make it much easier to work with for novices and experienced developers alike.

Android Studio is built atop the wildly popular IntelliJ IDEA Community Edition, so it will be easily approachable for anyone with experience there. There’s also GitHub integration carved right into the IDE.

With Android Studio, Google has done the hard work of making sure you can develop for any one of their Android platforms. Android Wear, Android Auto, Android Tv, and Google Glass are all included. Oh, yeah, regular Android, too. 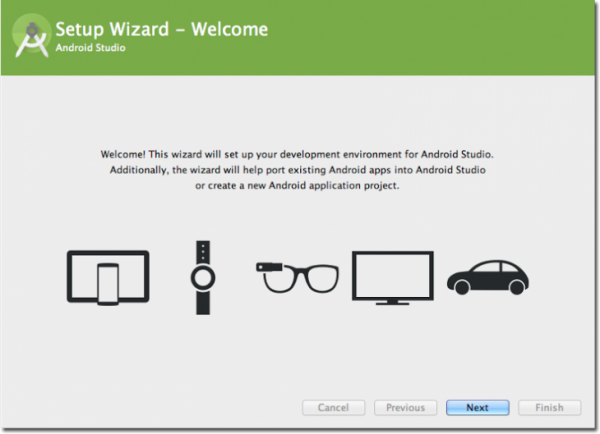 You can also virtually design and write for a myriad of screen shaped and sizes, though there are optimized emulator images packed in. The Virtual Device Manager gives you pre-defined service profiles for popular devices.

All told, there are a lot of features for Developers, here. Android Studio is available for download via the Android Developer’s website, so if you’re ready to start crafting for Android as Google sees it, you’ve got your official IDE.