Google wants to use Project Treble to “help manufacturers update devices to new versions of Android more quickly.” This might not come as much of a shock to those of you that’ve been watching the development of Google’s Project Treble since inception. There’s been a debate over the past decade on whether Google should try to emulate the model Apple has with the iPhone with iOS updates – regardless of the extreme differences between the two company’s methods in hardware sales and software development. The latest update from Google, it would seem, suggests that Google is very clearly striving for Android OS updates for as many Android smartphones as possible.

Again, this might not seem shocking. It might even seem like common sense – of course Google should try to make their latest version of Android accessible by as many people as possible, right? That’s a difficult task, especially given the metric accounting for all active Android phones VS active Android phones that’ve successfully loaded the latest version of Android.

But it would appear now, fairly clearly, that Google is attempting to get as many Android smartphones to adopt the latest version of Android as possible, wherever possible. They shared a few details today about how Project Treble was working. If you look at the chart below (made by Google) you’ll see how Google’s showing a big increase in active users in a given timeframe (days since launch) for Android Oreo, Oreo MR1, and Android Pie. 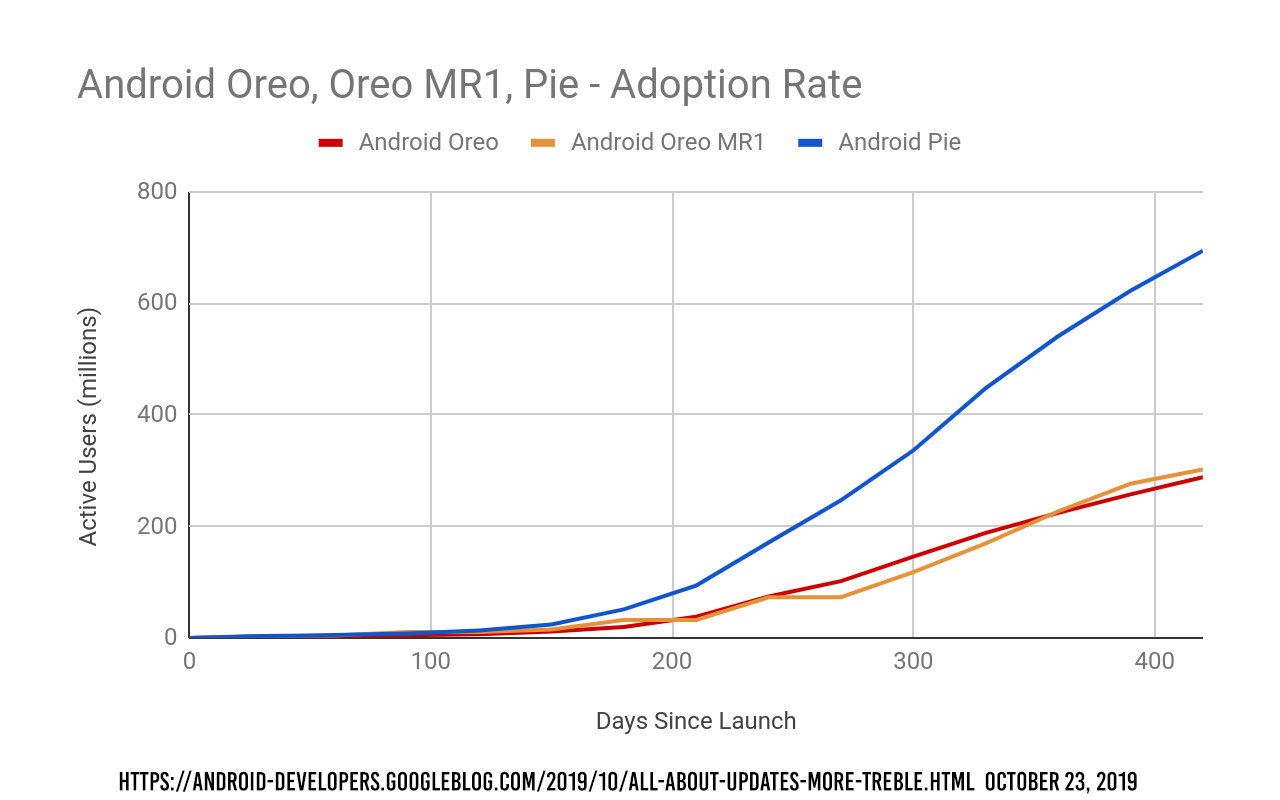 They’ve charted 400+ days after the launch of each of these versions of Android. It’s clear that the number of people downloading and loading the newest version of Android in the 400 days after it’s launched is increasing, year over year.

If we look at the Android Distribution chart that Google generally posts on Android dot com, we see that the latest information comes from a 7-day period ending on May 7, 2019. This page was updated in early October after a 6-month absence of updates to this chart. The chart shows the percentage of smartphones with each Android version running whilst accessing the Google Play app store. 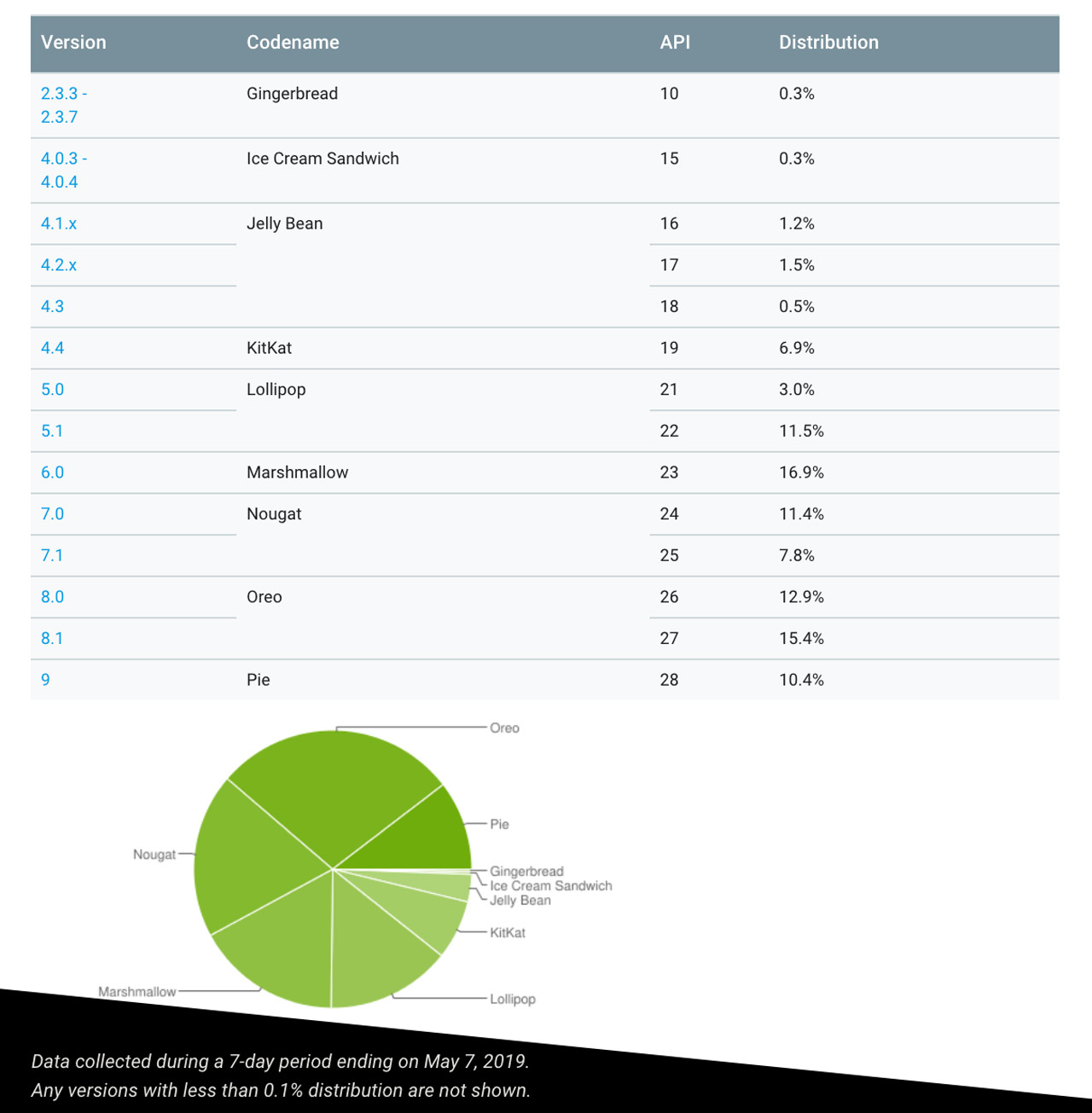 Back in May of 2019, Android Pie accounted for 10.4% of the total distribution of Android versions that accessed Google Play in said 7-day period. The number of Oreo Android devices on the chart equals 28.3% of the total – this was 624 days after the launch of Android Oreo. 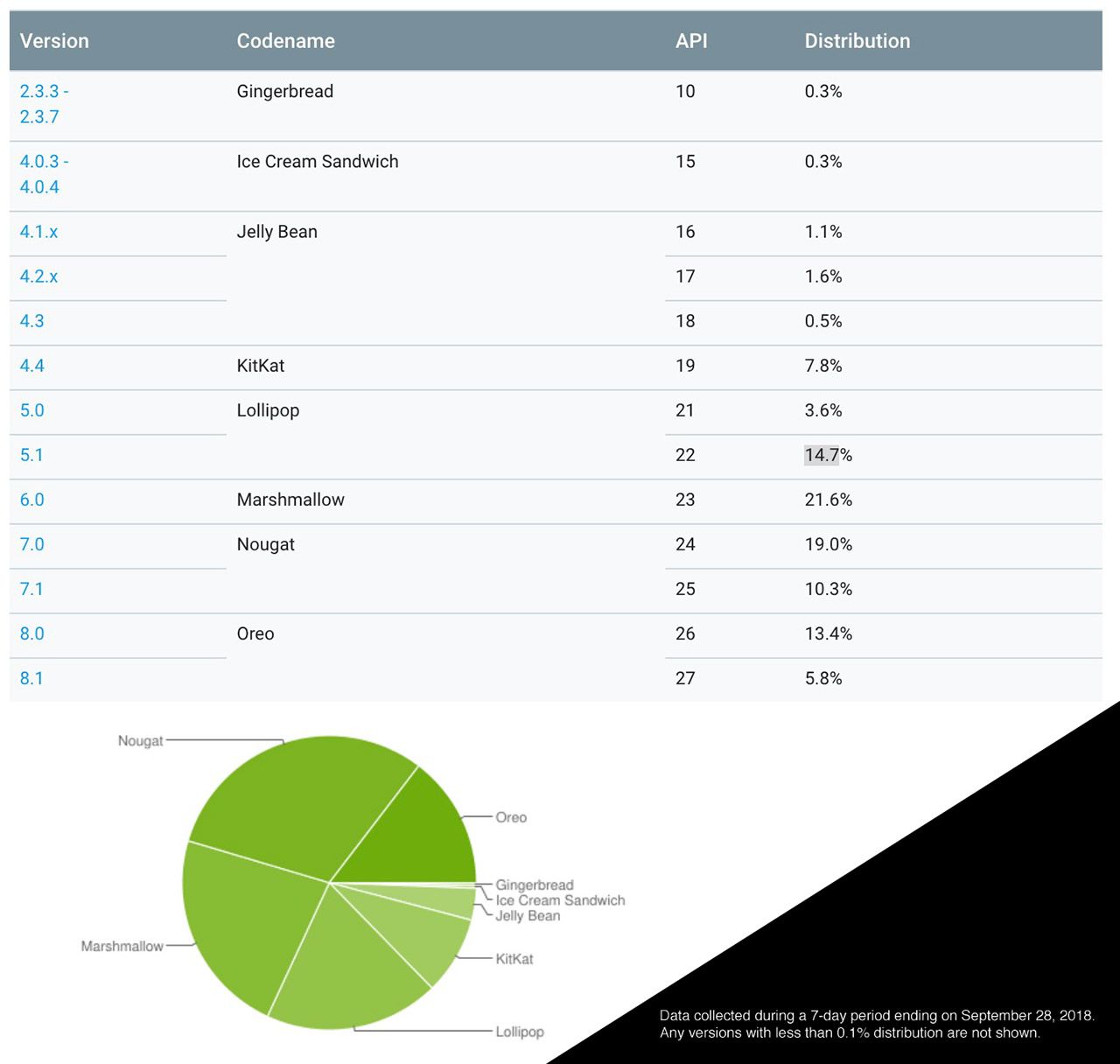 “We have a lot more work to do, and we are tirelessly investing on improving updates,” said Iliyan Malchev, Project Treble Architect. “I am proud of the progress we all—Android, Google at large, and our many partners—have made so far. I am very optimistic about the future and look forward to sharing our work for the next release of Android.”