In August of 2013, Google and Microsoft sued the United States government for the ability to be more transparent with data requests made with FISA, also known as the Foreign Intelligence Surveillance Act of 1978. As of January 27th, 2014, the government has loosened the reigns, if only a tiny, tiny amount. This week Google is releasing, for the first time, their report on government requests that have to do with this department specifically.

Speaking in public statement form, the Department of Justice made clear that the public’s concern for their own privacy has now outweighed the need to keep secret what’s being made public here and now.

For more information on what FISA and the NSA are, have a peek at our own SlashGear 101: PRISM, FISA, and the modern NSA. 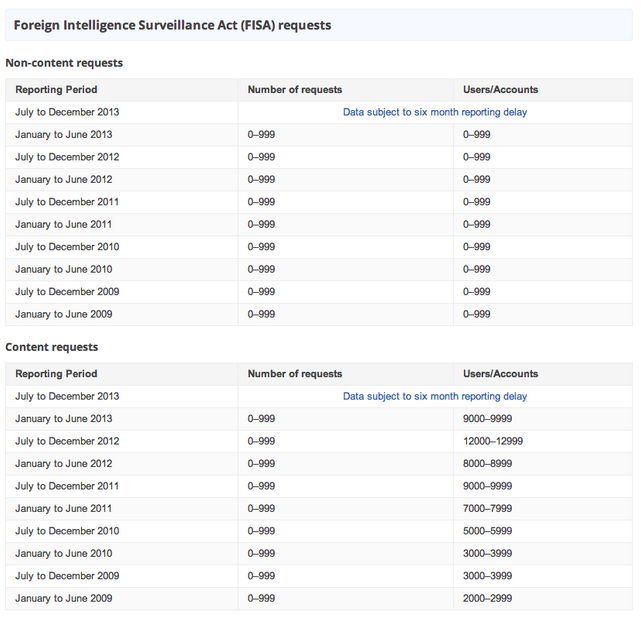 Google suggests that this week is the first time they’re able to report on government requests for user information which encompasses the entirety of the requests they receive. This data is “subject only to delays imposed by the DoJ regarding how quickly we can include certain requests in our statistics,” says Google.

While the numbers you’re seeing here aren’t especially telling, Google suggests that it is a step in the right direction. It’s in the content requests for numbers of users/accounts that you’ll see any differentiation, while it’s clear that Google is still restricted to reporting in terms of 999 users at a time. What exactly the government was looking for ramping up to December of 2012, we cannot be entirely sure.