First what you’re going to see is us having a chat with the translator on an NVIDIA SHIELD Tablet. Here we’re able to speak (slightly slowly and slightly more clear than normal) to the device to receive near-instant results.

Below you’ll see the iPhone interface on the updated app working with live sign translation. To make this work, you’re going to need to hold your device very, very still. When you do hold your phone still – super extremely still – you’ll see near-perfect translation happen instantly. 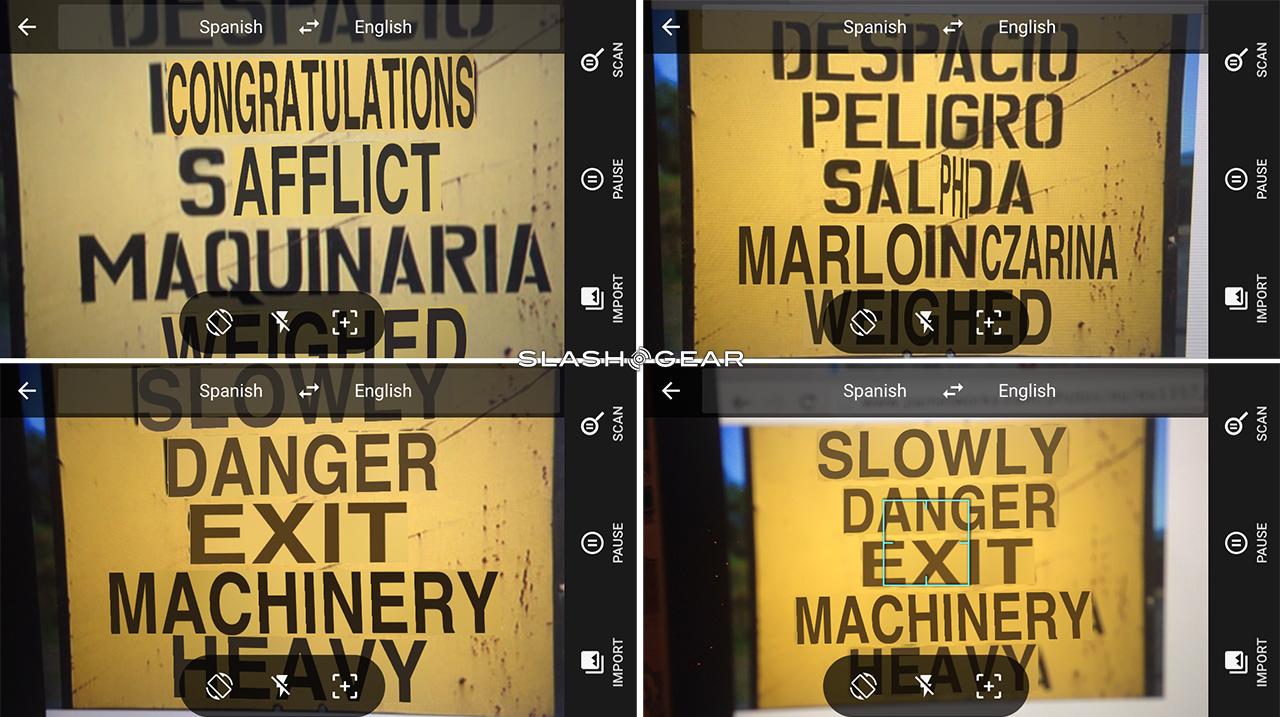 It’s a bit mind-boggling when you first see the translation happen in real time. The words appear in black over yellow in this case because the sign we’re translating is yellow with black writing.

This app attempts to replicate the colors its translating to make the translation process as easy to work with for the user as possible.

For those of you attempting to use this app with your Android device, you’ll have to wait until later today or later this week. If you’re rolling with an iOS device – iPad or iPhone – you’ll be able to update your Google Translate app and make use of these services immediately.