There’s a crew called ACR that’s making use of Google’s Street View program to prepare prospective drivers for their driving exams in real life. While they suggest that this program is not meant to replace the standard testing, they do aim to create an environment where learning about driving laws, regulations, and real-life situations is done as naturally as possible. Instead of the standard overhead view – like you may remember from your own driving instructions – this driving instruction is done virtually, on real, photographed roads.

Below you’ll see a clever presentation video from ACR showing how they’re making use of Street View. Imagine you’re NOT a pigeon for this particular presentation, if you happen to be our one pigeon reader today. Apologies for discrimination based on avian ancestry.

Over at the Street View Test homepage, you’ll be put through the test question by question. Note that this project is based in Romania, but the crew hope to expand to other countries soon.

“As we also have the oldest driving school in Romania,” says an ACR representative in a short interview with SlashGear, “this is intended just as a helping hand for people who want to get their driving license.”

“But we’re also making a petition in parallel, at least to include this way of learning in the official procedures, together with the traditional ones.”

Each question on this timed test is accompanied by an image from a real street in the area where you live (again, this is limited to Romania for now, but will be expanded in the future). 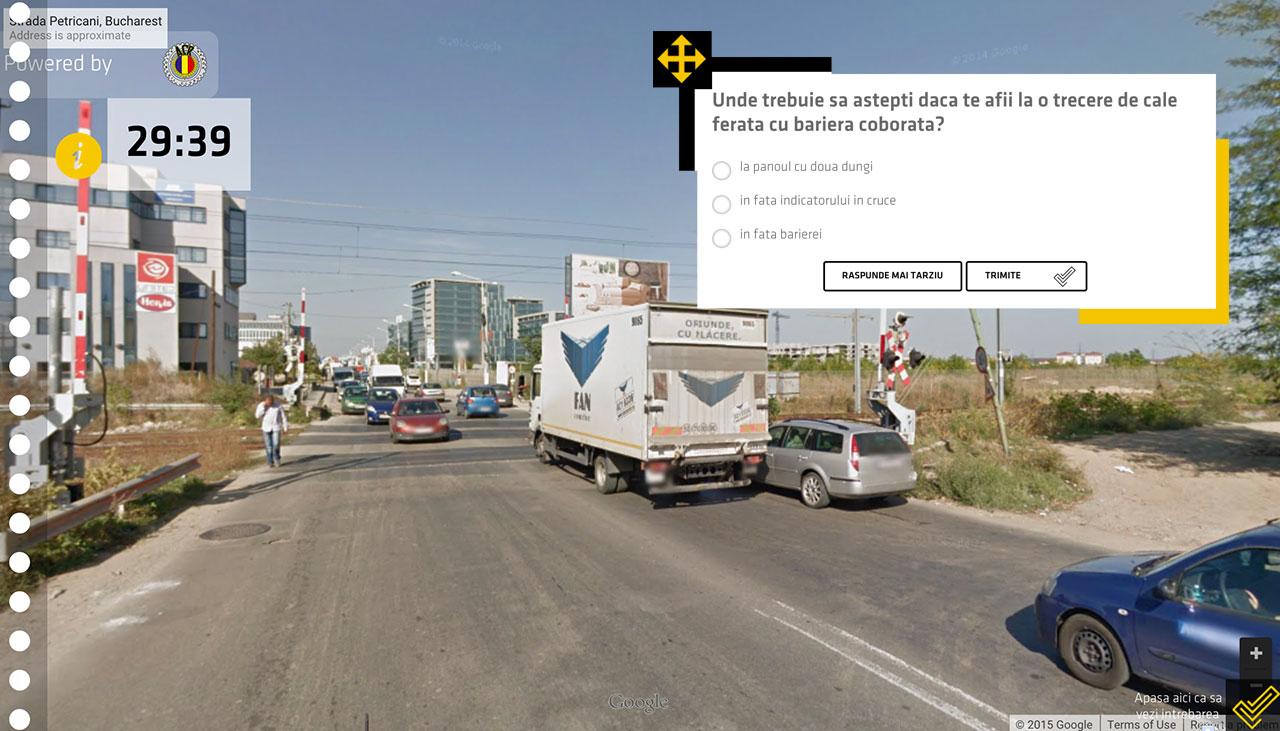 Real streets, really near where you live, with real cars and real automotive situations.

“This is actually the first project of this kind we have developed here,” said the ACR representative.

“We’ve just launch the site, and the official release to the Romanian public will be tomorrow. We’re expecting lots of traffic in the first days and we have to make sure our server can cope with this.”

Sound like a good idea to you? Would this have helped you understand the ways of the road when you were taking your tests back in the day?