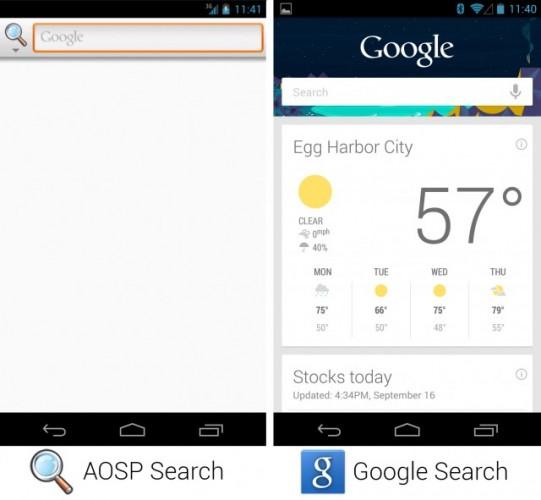 As Google stopped developing open source code it means any competitor looking to make its own version of Android using open source code has to do more work putting more of the onus on the company and giving Google a bit more control over its operating system. One of the apps Google has moved closed source is the Search application, which has changed significantly. Google’s proprietary version has all sorts of features while the open source version can only do web-based and local searches. Several other apps have gone proprietary as well including the Music app, calendar, Gallery and camera app and several others.

Another thing about the proprietary apps is that most of them are the stuff that smartphone manufacturers must have on their devices to be competitive such as Gmail, maps, Google now, hangouts, YouTube, and the Google Play Store. Since those apps are proprietary they have to be licensed from Google, which means manufacturers run the official version of Android. What that means is if a competing company were able to make their own popular version of Android it would be difficult to get smartphone manufacturers to adopt it because the in demand applications will require a license from Google.