If you weren’t entirely convinced that Google’s demonstrations of scanning everything and anything were entirely on-the-level when Project Tango was revealed, it’s time to get taught. The folks at MAKE Magazine have received their demo unit of the Project Tango smartphone from Google’s super secret ATAP group this week, and are jumping right in on the scanning.

What we’ve seen from Project Tango thus far are some up-close peeks and demonstrations from the ATAP group itself. That’s the Advanced Technology and Projects (skunkworks) group inside of Google, if you did not know, a group that was with Motorola but was kept by Google when they sold (or are in the process of selling) the brand to Lenovo.

Now we’re seeing MAKE take it for a whirl. Have a peek at the video above to see one example of how this scanning will be pushed. At the moment there’s not just one massive amount we’re going to be able to do with the information collected by this phone, but we can explore and move the models it makes once they’re scanned.

Down the road we’re hoping we’ll be able to scan our living space and turn it into a level for any number of hackable video game titles out there. It’s much easier on your pocketbook to smash a virtual version of your house than it is the real deal – and you won’t even need a real rock-em-sock-em robot to do it! 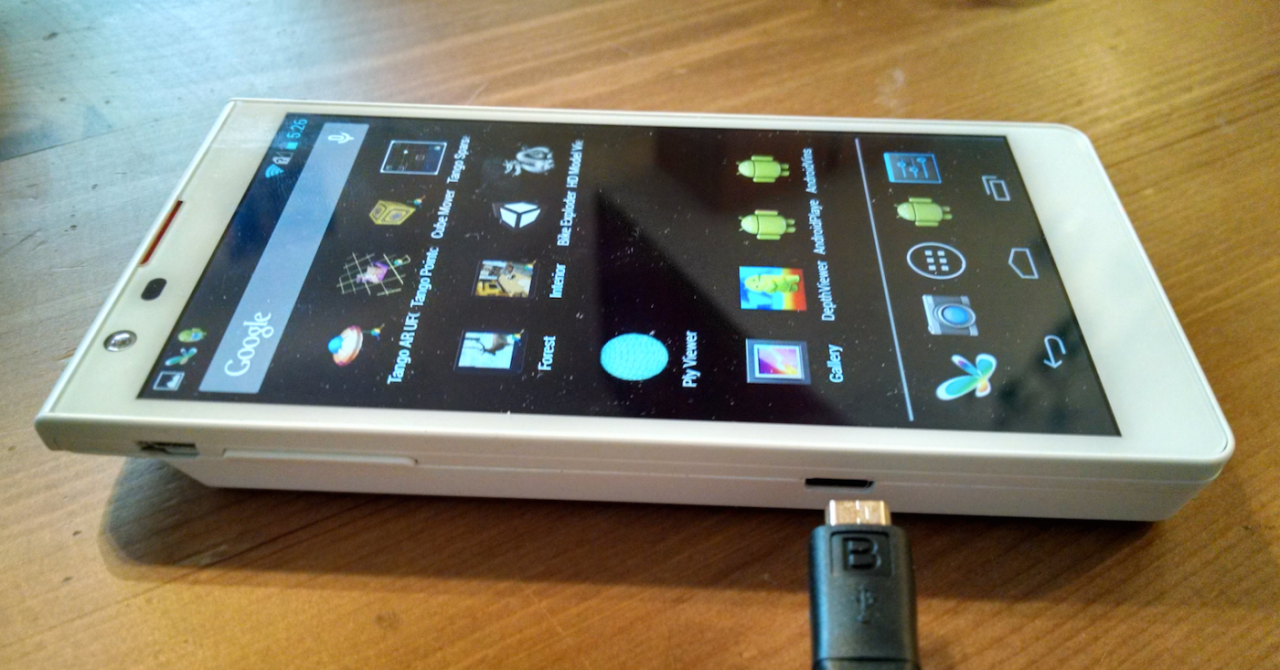 The first version of Project Tango, the one you’re seeing here, comes in an edition of 200. It’s not sold, only sent out to testers to get a hang of it and to show its abilities off to the world. We’re hoping to catch as many glimpses of the abilities of this unit as possible in the near future, followed up by a consumer edition not too long from now!