Despite the many updates and new features that have been pushed out in the past few months, it sometimes feels that Chrome OS is still Google’s proverbial red-headed stepchild. Google has opened up the OS to both Android and Linux apps but, aside from an educational focus, some might still find it hard to fathom what Chrome OS and Chromebooks are really good at. Now it seems that Google is adding yet another spin to Chromebooks and turning them into viable gaming computers, at least depending on what games you like playing.

Few would probably consider Chromebooks as a gaming machine as most of these laptops sport rather mediocre hardware. That, however, is exactly the kind of situation that Google’s Stadia was made for and it’s no surprise that, being Chrome-centric, it is one of the supported platforms for this nascent game streaming service.

Chromebooks, however, are also capable of running Android games but not all Android games were designed with anything but a touch screen in mind. Now Google itself is apparently advertising, though rather silently, games that it says play well on Chromebooks. This new “premium” section on the Google Play Store seems to still be in the process of becoming visible to everyone but XDA reports that very short list includes titles like Bridge Constructor Portal, Don’t Starve, and Cultist Simulator. 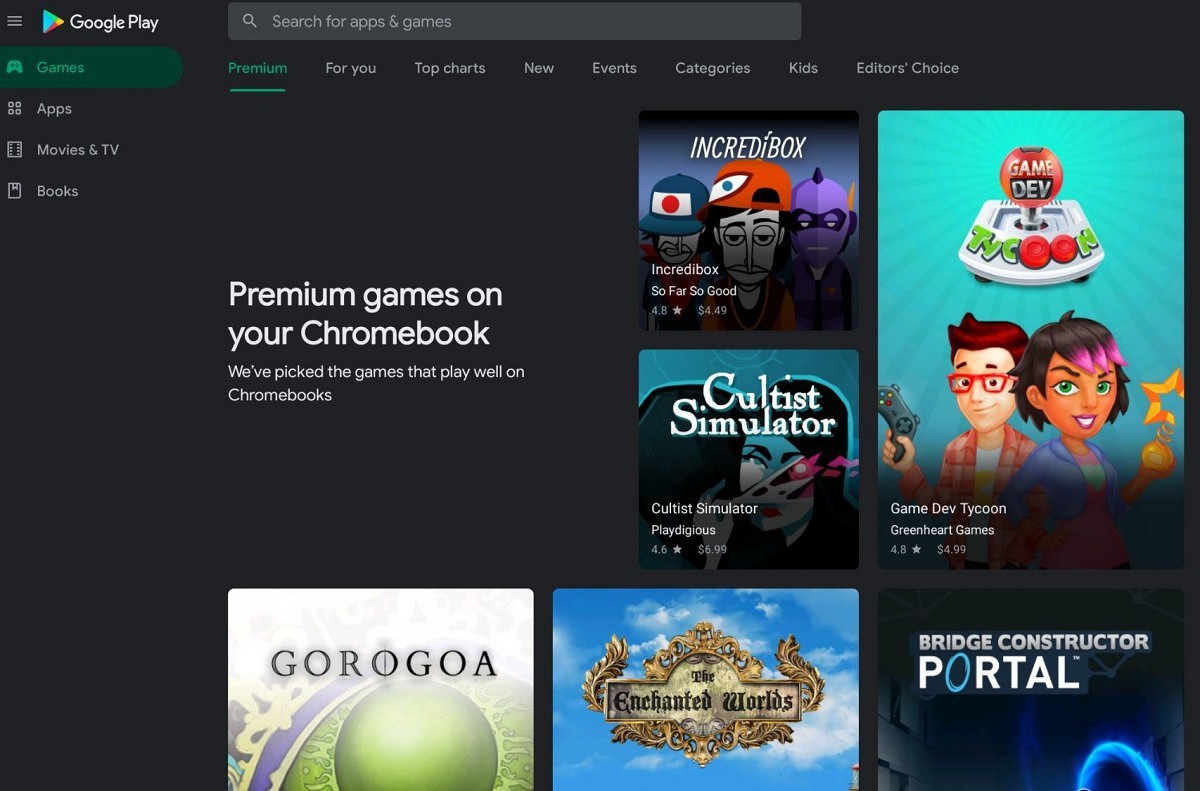 This surprise appearance of a section for Chromebook-compatible games comes on the heels of last week’s surprise news that Google is making Doom and Doom II free for Chromebook owners. Despite remade for Android phones, these two titles also work well with keyboard and mouse, exactly how the original played decades ago.

These could be the very first steps in Google highlighting games as yet another area where Chromebooks can thrive. Of course, you’d be limited to playing Android games installed on them or PC games streamed via Stadia but it should also be enough to fix the image of Chromebooks being glorified browsers in a box.