Those of you wishing to see the new Google Play – wait no longer. The folks at Google responsible for selling you apps and entertainment have done the store a great justice. They’ve split the whole thing in two. Now you’ll be able to decide instantly whether you’re going to be looking for Apps and Games OR Entertainment bits and pieces. Inside Entertainment you’ll find books, movies, and music too. The app file has been released to the public – you can wait, or you can update your device using the APK file.

Overnight the update to the newest version of Google Play began. We started getting updates on our devices as early as 6PM Central Time. If you just want to wait for it, we can’t imagine it’ll take all that much longer if you live inside the United States. Google’s roll-out process is relatively swift at this point.

For everyone else, there’s Google Play Store 6.0.0, the APK. Head to APK Mirror and download at will – at your own risk, of course. That’s via Android Police. 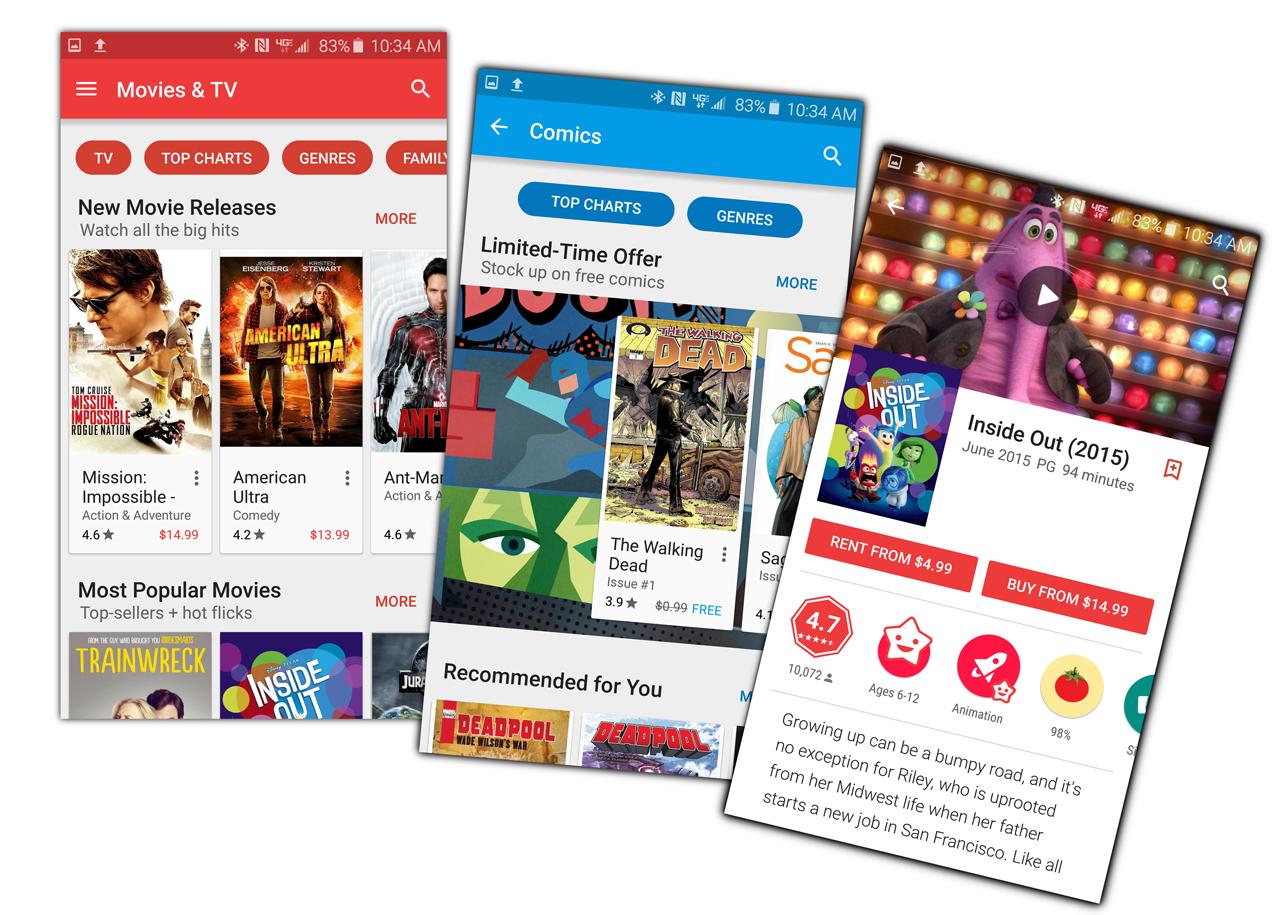 You’ll see a set of new icons, a slightly quicker flow, and a generally nicer-feeling setup throughout this app’s UI.

There’s also a new featured zone up top that cycles through an array of apps and/or entertainment bits and pieces. Have at it!